‘Ghost signs’ around DC: Take your own haunted tour (photos)

In cities and small towns across the country, hand-painted signs of decades past remain, haunting passers-by in a smartphone age. But they're all fading. Slowly. Here's where you can find some around D.C.
Listen now to WTOP News WTOP.com | Alexa | Google Home | WTOP App | 103.5 FM
(1/15) 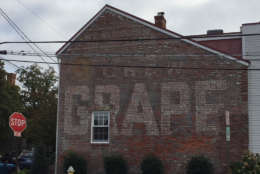 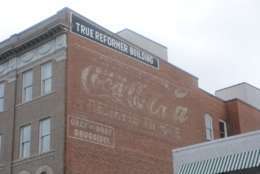 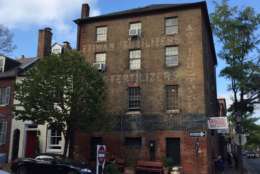 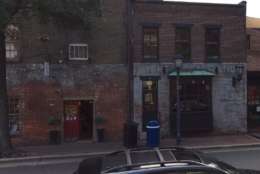 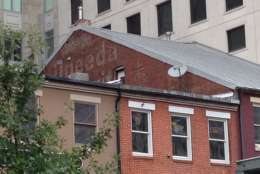 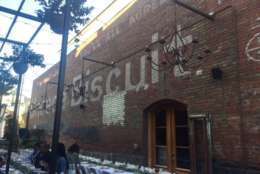 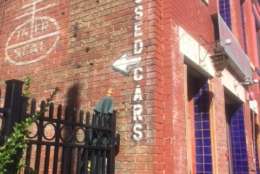 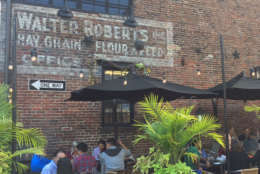 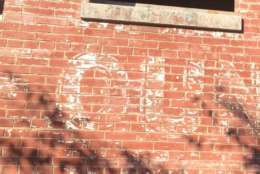 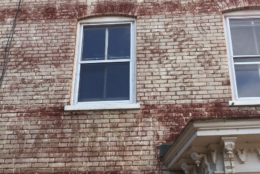 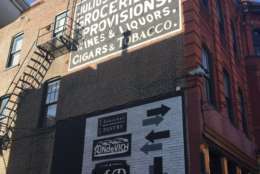 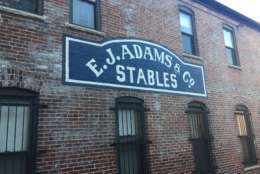 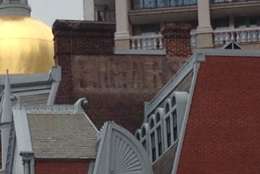 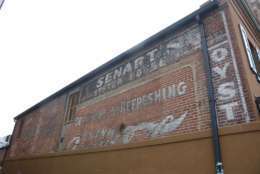 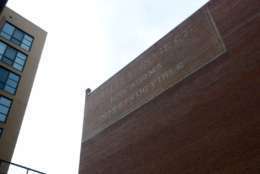 And like wine, it gains value with age. It accrues a sentimental worth as the years pass. A Coca-Cola ad from today, for example, doesn’t have the value that the “I’d like to teach the world to sing” ad does.

Such highfalutin ideas probably weren’t on pedestrians’ minds decades ago, back when advertisements were painted on the sides of buildings. In the words of Al Cox, Alexandria’s historic preservation manager, they were nothing more than “painted commercial signs.”

Years later, those that have survived years of weather and redevelopment have that sentimental value, along with another label: “ghost signs.”

In cities and small towns across the country, these hand-painted signs remain, haunting passers-by in a smartphone age.

But they’re all fading. Slowly.

“What’s killing them is building over them,” said Ben Passikoff, a writer and photographer who wrote a book about New York’s ghost signs. “What’s going to kill them is the weather and the environment.”

Some of these signs remain around the D.C. area, and there’s no better time than Halloween to enjoy a “haunting tour” before these ghosts fade away for good.

In an area full of majestic, historic monuments, these ghost signs commemorate mundane, less-majestic life in the District way back when. They advertise soda and crackers; they mark the location of a local grain company or storage facility.

“Just like the buildings themselves, they hearken back to a different time,” said Kim Williams, national register coordinator for the D.C. Historic Preservation Office.

A cursory survey of D.C. and nearby Alexandria didn’t turn up very many ghost signs: Less than a dozen remain in the District; in Alexandria, about four are left.

Remarkably, that number can increase, as the forces that erase them can uncover new ones.

“He found that it was enormous good marketing for him to distinguish his property from the others that were for sale in the historic district,” he said.

Uncovered by the elements

A sign is also slowly re-emerging at 300 S. Fairfax St. in Alexandria, Cox said, where the elements are erasing an aging coat of paint that once covered a grocery store sign. A similar re-emergence is happening at D.C.’s old Chapman Stable (57 N St. NW).

The elements, however, will eventually erase those signs, too, and preservation is a challenging proposition. Repainting, as is the case with 1315 Naylor Court NW in D.C., is done at the owner’s expense. And applying sealant or waterproofing to a brick building, Cox said, can lock in moisture and harm the exterior.

“Sometimes you can destroy something trying to preserve it,” he said.

The best way to make them last longer, so to speak, is just to take a picture. Check out the gallery above of some ghost signs, as well as a map below for taking your own haunted tour.