Maryland Gov. Larry Hogan said Friday that he doesn't think comparing protests in Minneapolis in the wake of George Floyd's death to those that rocked Baltimore after the 2015 death of Freddie Gray is "fair."
Listen now to WTOP News WTOP.com | Alexa | Google Home | WTOP App | 103.5 FM

Maryland Gov. Larry Hogan said Friday that he doesn’t think it is “fair” to compare protests in Minneapolis in the wake of George Floyd’s death to those that rocked Baltimore after the 2015 death of Freddie Gray.

Both deaths involved black men in police custody, with Floyd handcuffed and pleading for air as a white police officer knelt on his neck, and Gray’s death being ruled a homicide after injuries to his spinal cord while being transported in a police van.

“The evidence here seems overwhelming and clear to me and you have a video of exactly what happened,” Hogan told NBC, referring to footage of Floyd in Minneapolis. “However, the situation on the ground is reminiscent somewhat of the actions that took place afterwards.”

“And I think back to 2015, I had just become governor of Maryland, I’d only been governor for for 90 days, and the worst violence in 47 years broke out in our largest city,” Hogan said.

“I understand the frustration in the community,” he said.

But he added that he believes law enforcement action is necessary.

“I think they’ve got to act,” Hogan said. “We sent in the National Guard and police officers to try to keep the community safe, because in the first few hours, we had 400 businesses burned and looted and destroyed.”

“But then we sent in a strong force of police and National Guard and kept the peace while allowing people to protest lawfully and to express their frustrations.”

Hogan said listening to the community is a key part of maintaining the peace. 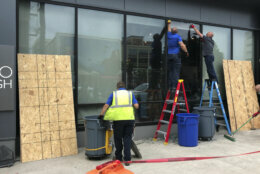 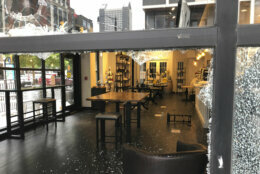 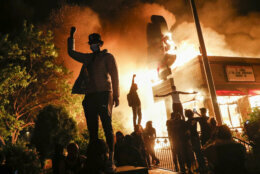 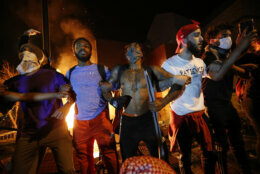 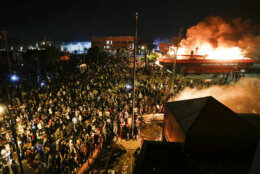 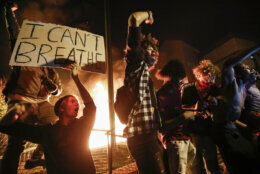 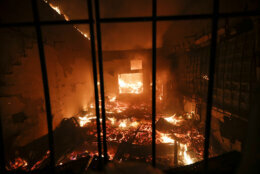 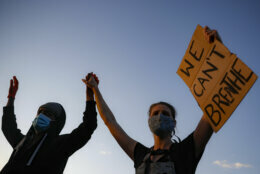 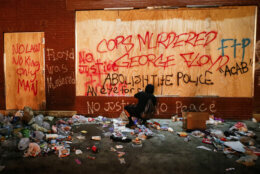 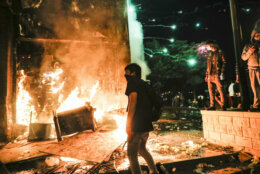 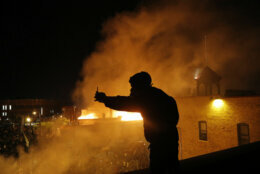 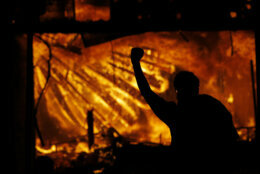 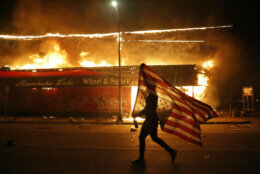 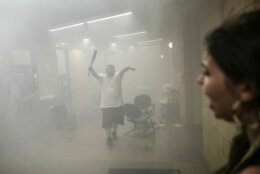 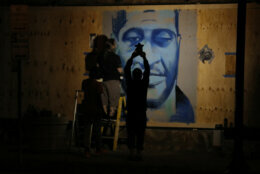 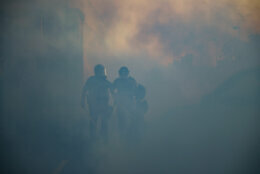 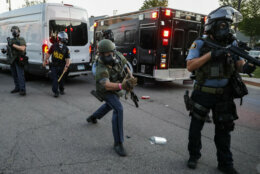 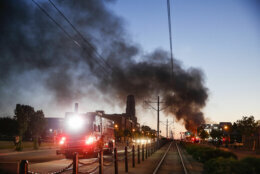 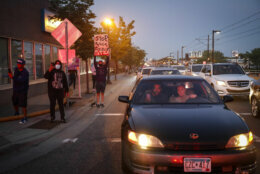 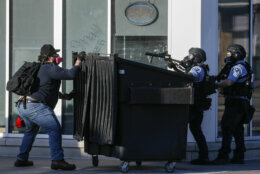 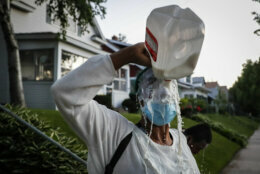 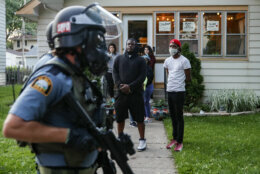 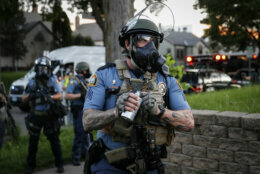 “I immediately went to the City of Baltimore., I spent an entire week talking with people and walking the streets and trying to lower the temperature and listened to the concerns. And we after the first day, we had no violence whatsoever,” Hogan said.

“And that’s just my advice is that you’ve got to act. You got to be decisive. And you’ve got to get in there and try it because the violence is not helping situation at all.

Hogan said legitimate concerns and frustrations have to be addressed.

“But burning down buildings and you know this violence and looting and burning police stations is not the answer.”

Hogan also had words for President Donald Trump, who tweeted Friday that he would take action to bring the city of Minneapolis “under control,” calling violent protesters outraged by the death of a black man in police custody “thugs” and saying that “when the looting starts, the shooting starts.”

….These THUGS are dishonoring the memory of George Floyd, and I won’t let that happen. Just spoke to Governor Tim Walz and told him that the Military is with him all the way. Any difficulty and we will assume control but, when the looting starts, the shooting starts. Thank you!

“I do believe that you got to have law and order. We’ve got to stop the burning and looting but inciting violence with Twitter is not the way to go about it,” Hogan said. “Like I said, I walked the streets face-to-face and calmly talked with folks, but inciting things and inflammatory rhetoric isn’t going to help.”

Protests first erupted Tuesday, a day after Floyd’s death in a confrontation with police captured on widely seen citizen video. In the footage, Floyd can be seen pleading as officer Derek Chauvin presses his knee against him. As minutes pass, Floyd slowly stops talking and moving.

Thursday, Minneapolis released a transcript of the 911 call that brought police to the grocery store where Floyd was arrested. The caller described someone paying with a counterfeit bill, with workers rushing outside to find the man sitting on a van. The caller described the man as “awfully drunk” and said he was “not in control of himself.”

Asked by the 911 operator whether the man was “under the influence of something,” the caller said: “Something like that, yes. He is not acting right.” Police said Floyd matched the caller’s description of the suspect.

Chauvin, the officer who knelt on Floyd’s neck, was fired Tuesday, along with three other officers involved in the arrest.

In the Baltimore case of Freddie Gray, Gray was arrested on April 12, 2015, after police made eye contact with him and another man, both of whom ran. Officers put Gray in a police van, and he told officers several times that he needed medical care. He was taken to a police district station before an ambulance took him to a hospital in critical condition.

Gray died at a hospital on April 19. Six days later, a peaceful protest in downtown Baltimore turned violent. Hours after Gray’s funeral on April 27, more unrest lasted into the night. More than 200 people were arrested.

Listen and watch the NBC interview with Hogan below.