‘The President is Missing’ pilot to film in Md. as officials hope for ‘House of Cards’-like impact

A pilot episode for a potential new Showtime series, "The President is Missing," is set to begin filming in Maryland early next year. "House of Cards" had an economic impact of more than $700 million, and state officials are hoping for a rerun.
Listen now to WTOP News WTOP.com | Alexa | Google Home | WTOP App | 103.5 FM

After the Netflix series “House of Cards” had an economic impact of more than $700 million on Maryland while filming its six seasons in the state from 2012 to 2018, there’s hope that a new television show can make its mark in 2020.

Maryland Gov. Larry Hogan announced in October that a pilot episode for a potential new Showtime series, “The President is Missing,” is set to begin filming in Maryland early next year.

And Maryland Film Office Director Jack Gerbes is optimistic about the filming’s prospective influence on the state’s economy.

The potential series is based on the novel of the same name written by James Patterson and former President Bill Clinton. The novel was released in June 2018, and reportedly sold more hardcover copies during its first week than any other hardcover fiction work since 2016.

“We are thrilled that Showtime will shoot the pilot for ‘The President is Missing’ in Maryland, and we are hopeful that it will become another successful series for our state,” Hogan said in an October news release. “Maryland offers an outstanding destination for filming, with a highly-skilled crew base, talented actors and a variety of locations that can easily double as our nation’s capital.”

Maryland Department of Commerce Secretary Kelly M. Schulz added in the release that the show could “provide an incredible impact on Maryland’s economy if it becomes a Showtime series, including the potential for new jobs and additional revenue for local businesses throughout the region.”

Without Maryland’s tax credit program and rich film history, though, productions such as “House of Cards” and “The President is Missing” would have little reason to film in the state. 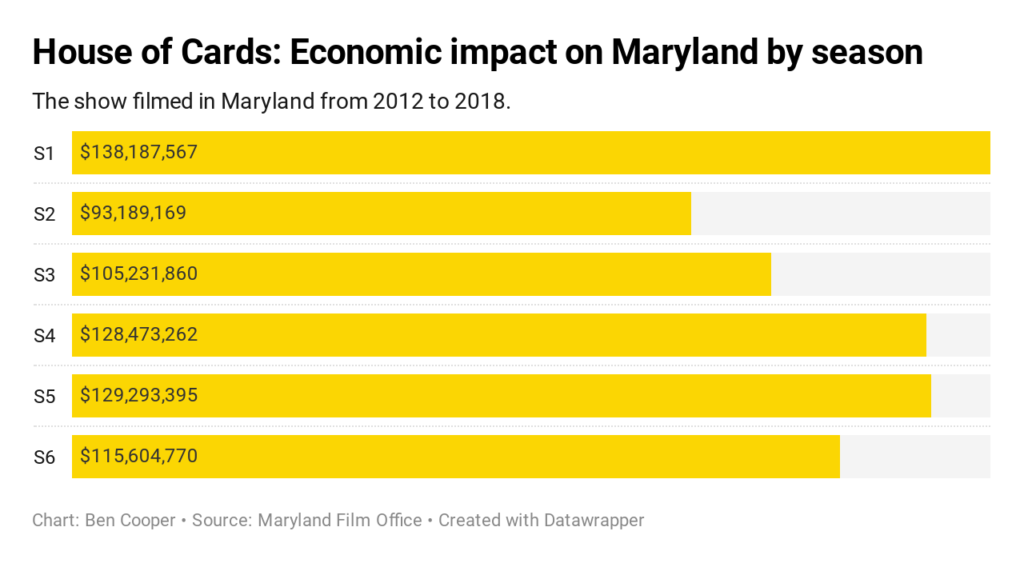 After the passage of Maryland Senate Bill 1154 in May 2018, the state’s film industry was given long-term resources, which meant more consistency for productions looking for stability over the course of years and seasons.

The bill, signed by Hogan, went into effect in June 2018 and ensured there would be a tax incentive program for at least five more years, while also allocating money for each of those years. Among the changes, 10% of the annual tax credit figure would be allocated toward Maryland small or independent films.

“We have the most consistent program now than we’ve ever had in the history of our incentive program,” Gerbes said. “Because of the consistency of the program, because of the legislation that the governor signed, we can go after a series that can be here three, four, five, six years.”

Before the bill passed, funding would be determined on a short-term basis, Gerbes said, leaving potential productions skeptical about long-term filming in Maryland.

“Veep,” an HBO series starring actress Julia Louis-Dreyfus, filmed in Baltimore for its first four seasons — which premiered from 2012 to 2015 — but moved its production to California for its final three seasons, due in large part to Maryland’s unstable tax credit program.

“At the time, we didn’t know whether there would be incentives,” Gerbes said, “and California put incentives on the table for them.”

The show had more than $165 million worth of impact on Maryland’s economy before departing.

Meanwhile, despite uncertainty about Maryland’s tax incentives before SB 1154, “House of Cards” — which once threatened to cut filming ties with the state over tax credit disputes — continued to film in Maryland. It generated more than $245 million in economic impact in its final two seasons, while employing more than 3,400 local actors and technicians, and using the services of nearly 3,500 local businesses.

The ability to attract such large-scale, economically significant productions wasn’t always so heavily reliant on incentives. 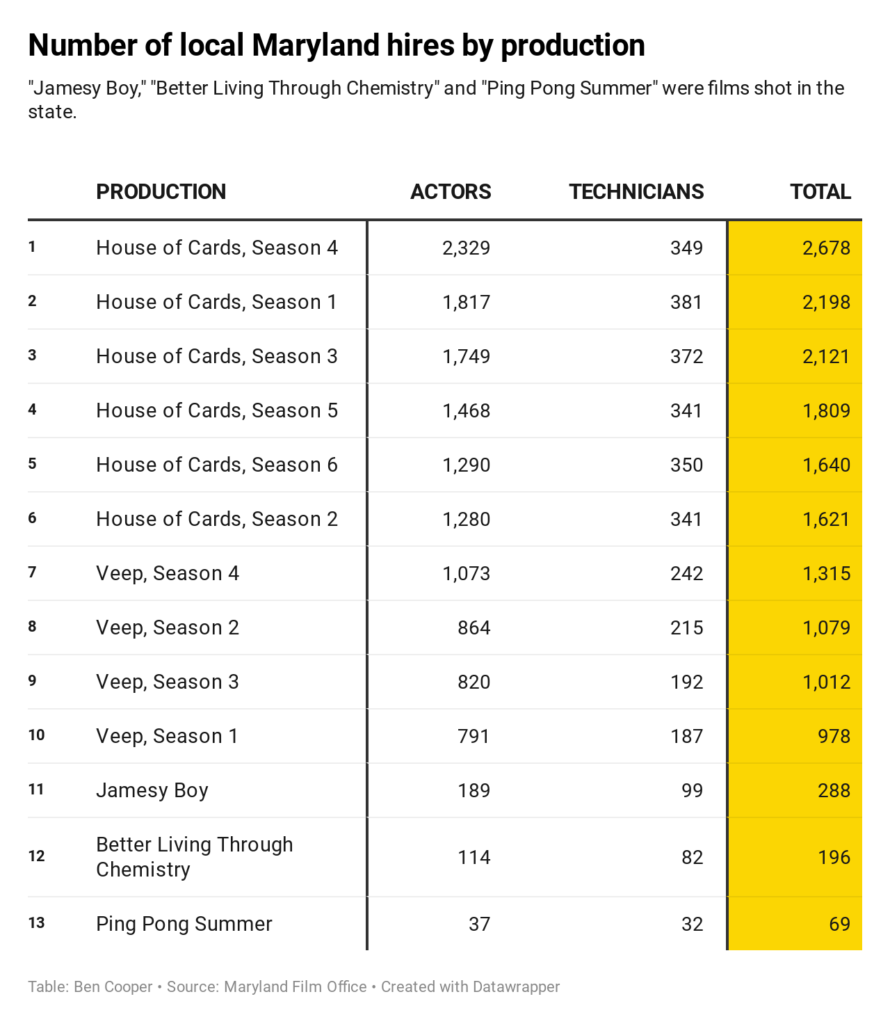 When Maryland introduced a film rebate program in 2005, as other states developed their own programs, the focus shifted.

“Then the first question became, ‘What’s your incentive program like?’“ Gerbes said. “‘Do you have enough incentives to justify me coming to Maryland to shoot?’”

Other states began to employ more tempting programs. Georgia, which has no cap and allows films to earn up to 30% in tax credits, provided more than $800 million in credits in fiscal 2017. Maryland had only $11.51 million in funding for that period.

Since replacing its rebate program with a tax incentive program, Maryland has provided credits to a handful of films — including “Jamesy Boy,” “Better Living Through Chemistry” and “Ping-Pong Summer” — and the aforementioned series “House of Cards” and “Veep.”

Though Maryland can’t stack up to states such as Georgia in tax credits, the goal remains the same: stimulate the economy. And there’s belief that “The President is Missing” will do just that.

“It creates jobs in the creative economy, and it creates revenue for thousands of businesses — Maryland businesses — that support the industry,” Gerbes said. “And that’s really important.” 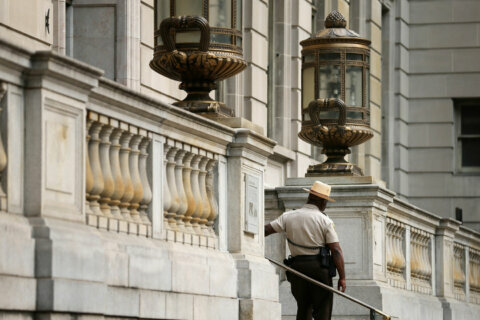