Police searched a home in Hampstead, Maryland, on Friday, April 5, where they discovered the bodies of 11 dogs inside. The bodies of 16 more dogs were found on Monday.
Listen now to WTOP News WTOP.com | Alexa | Google Home | WTOP App | 103.5 FM

Two people connected to an unlicensed dog breeding operation in Carroll County, Maryland, were arrested Saturday and held on charges of animal cruelty after 27 dead dogs were discovered on their property.

John J. Roberts, 49, and Laura S. Filler, 55, of Hampstead, Maryland, have each been charged with 51 counts of animal cruelty and aggravated cruelty. As of Tuesday morning, they were being held without bond.

On Friday, April 5, police searched a home on the 4300 block of Black Rock Road in Hampstead where they discovered the bodies of 11 dogs inside. The Humane Society of Carroll County’s Facebook page reports that 27 dogs — 20 Dalmatians, five Golden Retrievers and two English Setters — were found alive and rescued from the home.

According to the Humane Society, Carroll County Animal Control went to the property after receiving reports of a large number of dogs inside the home and allegations that no one had been to the property for a week.

Staff with the Sheriff’s office and Hampstead fire department entered the property and described the inside of the home as covered in animal feces.

During the search, 15 dead dogs were located in a locked shed on the property, and the body of an additional dog was recovered from the residence. The Humane Society said the bodies of the dogs were in varying stages of decomposition.

As of Tuesday night, that meant that a total of 27 dead dogs were removed from the property and 27 dogs were in the care of the Humane Society of Carroll County.

Karen Black, with the Humane Society of Carroll County wrote that the rescued dogs were “getting the care that they need and are doing well”. Officials say Roberts and Filler were operating an unlicensed breeding operation under the name “Black Rock Puppies” at the site.

Donations to help cover the costs of caring for the rescued dogs are being accepted online at the Humane Society of Carroll County’s website. 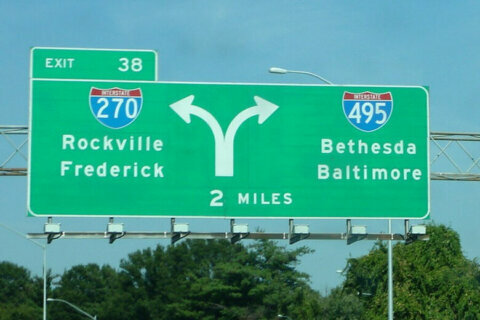