Maryland's House Judiciary Committee considered a bill introduced by Delegate Mark Chang that would make it a crime to place a noose or swastika on someone's property in an effort to threaten or intimidate.
Listen now to WTOP News WTOP.com | Alexa | Google Home | WTOP App | 103.5 FM

WASHINGTON — Swastikas and nooses were the main focus as the House Judiciary Committee met this week for the first time in Maryland’s new legislative session.

The committee considered a bill — introduced by Del. Mark Chang — that would make it a crime to place a noose or swastika on someone’s property in an effort to threaten or intimidate.

“The penalty for committing this crime would be a misdemeanor and imprisonment for up to three years or a $5,000 fine,” Chang said during Tuesday’s hearing. “Symbols of hate have no place in our community.”

He cited numerous examples in recent months, including the distribution of Ku Klux Klan propaganda in various neighborhoods and the discovery of swastikas at Goucher College and the University of Maryland-College Park.

Chang highlighted a case from 2017 involving a 19-year-old man who was found not guilty of a hate crime even though he admitted to hanging a noose at Crofton Middle School.

“There are also countless incidents of hate symbols that were placed on properties that were never reported to law enforcement,” Chang said.

Chang introduced the bill in the previous legislative session, but it did not have enough momentum to pass.

Jacqueline Boone Allsup, president of the Anne Arundel County NAACP, said she hopes things will be different this time around.

“The matter of the hate crime has touched Anne Arundel County deeply in these past few years,” said Allsup. “We hear about these accounts firsthand.”

Allsup specifically mentioned a string of incidents at Chesapeake Bay Middle and Chesapeake High schools in Pasadena, Maryland. Nooses, anti-Semitic messages and racist words have been found at the buildings; at one point, the words “Kill All Blacks” were written on a counseling appointment sheet at the high school.

“Racial slurs have been carved in bathroom stalls,” said Allsup. “The list that has accumulated from just last year is too long and I don’t have enough time to mention all of them.”

The Anne Arundel County school system planned to host a discussion about incidents of hate and bigotry during a community meeting Thursday evening at Jacobsville Elementary School in Pasadena. 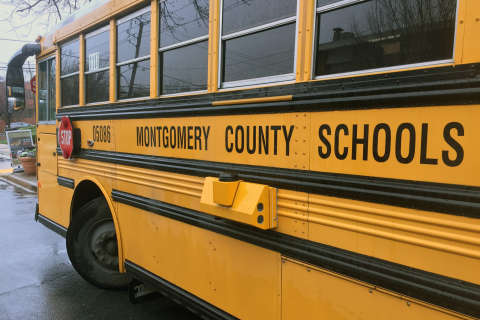