Md. shooter took her own life after killing 3, wounding 3 others 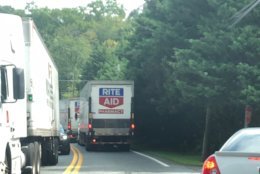 WASHINGTON — Three people have been killed, and the shooter took her own life, after a shooting at a Rite Aid distribution facility in Harford County, Maryland, on Thursday.

Sheriff Jeff Gahler said at a news conference Thursday afternoon that two workers died at the scene, and another at a hospital. The shooter shot herself in the head and died in the hospital. Later, the sheriff’s department identified her as Snochia Moseley, 26, of Baltimore County.

Three more people are wounded, Gahler said, adding that he’d been told it didn’t look like any of the remaining injuries are life-threatening. He wouldn’t release any of the names until families had been notified. 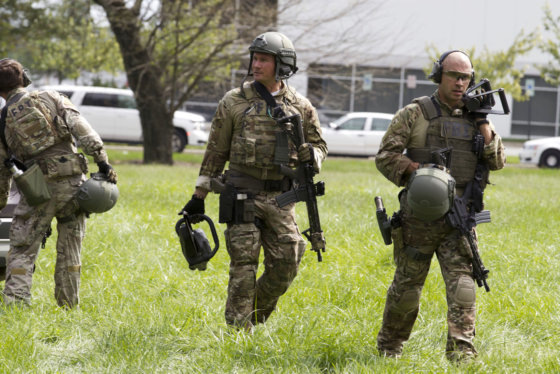 Multiple people have been killed after a shooting at a Rite Aid distribution facility along Spesutia and Perryman roads in Harford County, Maryland. See photos from the scene Thursday.

Gahler described Moseley as a “temporary employee who reported for her workday as usual” before opening fire at about 9 a.m. at the Liberty Support Facility, at 1501 Perryman Road. People were shot inside and outside the 210,000-square-foot building; Gahler said; he believed that the shooting started outside the building and moved inside.

Gahler said that a single 9mm Glock was used, with “two, perhaps three” magazines; that there was no further threat to the community, and that no law enforcement personnel fired their weapons. He doesn’t have information yet on a motive; detectives are speaking with people who worked in the building and others who may know more.

He added that Rite Aid had private security, but he wasn’t sure whether any guards were there at the time.

Dr. Raymond Fang, the trauma medical director at Johns Hopkins Bayview Medical Center, in Baltimore, said at a news conference Thursday afternoon that four people were brought there, and that some required surgery.

At about 2:30 p.m, Fang said two of the patients were stable and doing well, while two were “very seriously injured.” To the best of his recollection, each had a single gunshot wound. “There were some significant injuries,” he added.

Fang was waiting for confirmation that their families had been notified of their identities and conditions before he would release that information. Asked whether one of the people brought in was the shooter, he said, “To us they’re all patients.”

A representative of Christiana Hospital, in Delaware, said the hospital is treating one patient who is in serious condition.

A reunion area for families has been set up at the Level Fire Hall, at 3633 Level Village Road, in Havre De Grace. Families of people who work in the area should call the Harford County Information Hotline at 410-838-5800.

Susan Henderson, a spokeswoman for the drugstore chain Rite Aid, described the building as a support facility next to a larger building.

We are closely monitoring the horrific shooting in Aberdeen. Our prayers are with all those impacted, including our first responders. The State stands ready to offer any support. https://t.co/fzugpo8C1Z

U.S. Rep. Chris Van Hollen, tweeted in part, “My heart is with the families and victims of those impacted. But words are not enough, we must do more to end the toll of gun violence in our communities.”

Last Oct. 18, Radee Prince, of Delaware, shot five co-workers at Advanced Granite Solutions in Harford County, then drove to Delaware, where he shot someone else. Three of the co-workers died. Prince was caught after a 10-hour manhunt.

He was sentenced in June of this year to 40 years in prison for the Delaware shooting; he still faces charges in the Maryland shootings.

“We stand here yet again today,” was how Gahler began his remarks early Thursday afternoon. Later, he said, “We’ve been impacted more than our fair share of these tragic events.”

Below is a map of the area of the shooting: