WSSC on discolored water in Md.: It may get worse before it gets better 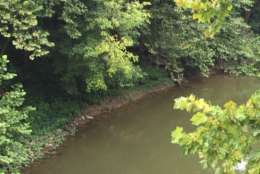 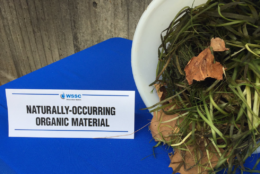 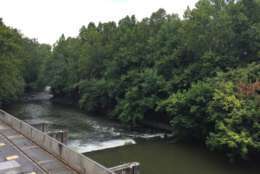 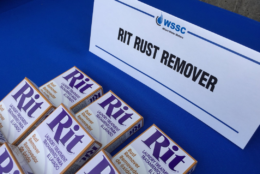 ROCKVILLE, Md. — Discolored water flowing to more than a thousand D.C.-area homes is safe to drink but can stain clothes, a local utility announced Monday.

“This is an aesthetic issue; this is not a public health issue,” Reid said. “WSSC water is safe.”

The color comes from manganese. The mineral is naturally occurring in the Potomac River, which is the main source of WSSC water that’s distributed to 1.8 million customers in Montgomery and Prince George’s counties in Maryland.

Manganese typically is neutralized by chlorine. But less chlorine is being used in the treatment process now, because there are elevated levels of leaves and debris in the river. Such organic material can react with chlorine to form “disinfection byproducts” that are a public health concern.

“As a water-treatment professional, my commitment to public health is paramount,” said J.C. Langley, WSSC chief of production. “The trade-off for safe water is a slight increase in manganese, causing discolored water.”

“We have to wait for Mother Nature to calm down … for the organic material in the Potomac to decrease,” said Langley, noting the issue could persist for several weeks and potentially get worse before it gets better.

As of Monday, WSSC had received more than 700 discolored-water complaints for the month of August. In July, there were 508 complaints; about 200 to 300 complaints were logged in each of the spring months, utility officials said.

“We want to hear from our customers, so we can better track this issue,” Reid said. Discolored water issues appear to be concentrated now in Montgomery County in Bethesda, Silver Spring and Takoma Park.

WSSC customers are asked to report discolored water by calling 301-206-4002 or by email at emergencycallcenter@wsscwater.com. Learn more on the WSSC site.

You can file a claim for water stains at 301-206-7095 or online. You can request a rust remover kit with which to do laundry by emailing communications@wsscwater.com. 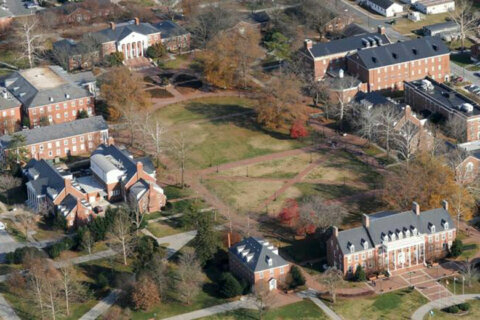