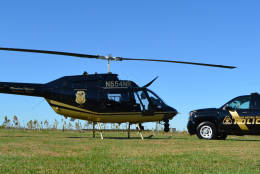 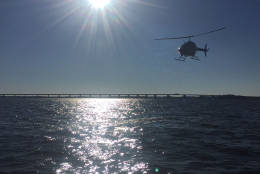 HAGERSTOWN, Md. (AP) — Maryland’s Department of Natural Resources is flying high after regaining use of a helicopter for aerial surveillance.

The agency said in a statement Wednesday that it’s using the chopper this fall to help enforce deer hunting and oyster-harvesting regulations.

The aviation unit was eliminated in 2009 in a cost-cutting move by the administration of former governor Martin O’Malley. The agency says the helicopter was transferred to the Harford County Sheriff’s Office.

Department Secretary Mark Belton says that when the same chopper became available last year, he was determined to acquire it, and Gov. Larry Hogan agreed.

Belton says the 44-year-old aircraft was refurbished before it was returned to service last week. He says the chopper has since been used for oyster enforcement, and in a search for two missing people.