Beginning in December 2020 and up to just days before being arrested in July 2021 in West Virginia and charged, Connally used an encrypted email service to send a series of emails to Fauci, threatening the official and his family, according to Connally’s plea agreement.

Fauci is President Joe Biden’s chief medical adviser and director of the National Institute of Allergy and Infectious Diseases, part of NIH in Bethesda, Maryland. He was appointed to his post in 1984, but his visibility increased amid the coronavirus pandemic. He has been a vocal supporter of vaccines and other preventive measures against COVID-19 and has been lauded for his leadership in the fight against HIV/AIDS.

On April 24, 2021, Connally sent Collins four emails threatening Collins and his family with physical assault and death if Collins didn’t stop speaking about the need for COVID-19 vaccinations, according to the plea. That same night he sent a string of seven threatening emails to Fauci, the court documents show.

Connally admitted in the plea that he intended to intimidate or interfere with the performance of their official duties and retaliate against them for performing their duties, including discussing COVID-19, testing and prevention.

Connally faces up to 10 years in federal prison at sentencing on Aug. 4. 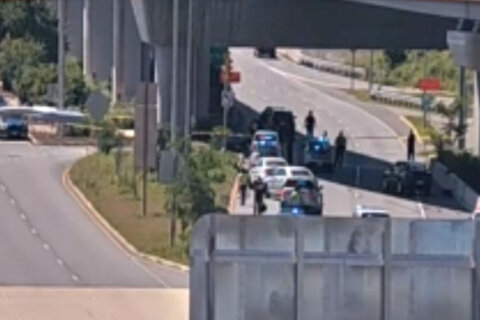