An Alabama native whom a judge alleged was “leading the charge” during the Jan. 6 insurrection at the U.S. Capitol was denied release Thursday in an Alaska courtroom while his case proceeds.
Listen now to WTOP News WTOP.com | Alexa | Google Home | WTOP App | 103.5 FM

ANCHORAGE, Alaska (AP) — An Alabama native whom a judge alleged was “leading the charge” during the Jan. 6 insurrection at the U.S. Capitol was denied release Thursday in an Alaska courtroom while his case proceeds.

Christian Matthew Manley then waived his right to preliminary hearing and asked that he be immediately transferred to the U.S. District Court for the District of Columbia, the jurisdiction prosecuting those charged in the riot.

Manley faces several charges, including assaulting or resisting officers using a dangerous weapon; civil disorder; exhibiting disorderly conduct and demonstrating in a Capitol building; and engaging in physical violence and disorderly and disruptive conduct in a restricted building.

Manley was soft spoken and polite, calling U.S. Magistrate Judge Matthew McCrary Scoble “sir” during his detention hearing in U.S. District Court in Anchorage. He wore a yellow prison outfit and was shackled at the feet.

A mask obscured his face, but his beard and hair were shorter than the man shown on videos assistant U.S. Attorney Stephan Collins entered as evidence in the case against the 26-year-old Manley, who has lived in Alaska since August.

The government claimed the videos showed Manley in a tunnel, trying to breach the Capitol. The video showed the man wearing cargo pants and a tactical jacket twice using pepper spray on officers, then using those empty cans as projectiles The video shows the man throwing a metal rod at police protecting the building.

At one point, the man exits the tunnel and waves for more of the crowd to join the protesters in attempting to breach the building.

The videos from both protestors and from Capitol security then show the man making his way to the front of the mob inside the tunnel to get inside the building. The government alleges Manley reached the front, using his body trying to force open the last door to the Capitol while law enforcement tried to hold back the rioters.

“He was leading the charge, so to speak,” the judge said.

Manley was not an innocent bystander or a member of the crowd that didn’t enter the building, Scoble said before detaining Manley. “He came to fight,” the judge said.

Manley intently watched the videos on either a monitor on the defense table or projected onto a wall, sometimes with a furrowed brow.

Among the factors in the judge’s decision to detain him was that breaching the Capitol by itself was a threat to society, and Manley could be a flight risk since he didn’t have any close ties to Anchorage.

Manley served with the Marines for four years but received a less-than-honorable discharge, the judge said.

Two months ago, Manley moved to Alaska where he maintains an apartment. He is a commercial fisherman and was arrested by the FBI while arriving Friday at Ted Stevens Anchorage International Airport.

FBI Special Agent Marissa Taggart said she was tipped off by the agent working on the case that Manley would arrive, and she arrested him without incident on the plane.

An informant told the FBI they met Manley who he had allegedly told them he attended the riot, according to a statement filed by a special agent investigating the case.

The informant later identified Manley from a photograph taken during the Jan. 6 riot at the U.S. Capitol. The informant also alleged that Manley had earlier shown them the same photo from a list of wanted persons distributed by the FBI.

The FBI alleged Manley’s phone used a cell site near the Capitol on Jan. 6. A relative of Manley’s also identified him to the FBI, and said Manley had discussed going to the Jan. 6 rally in Washington, D.C., the document says. 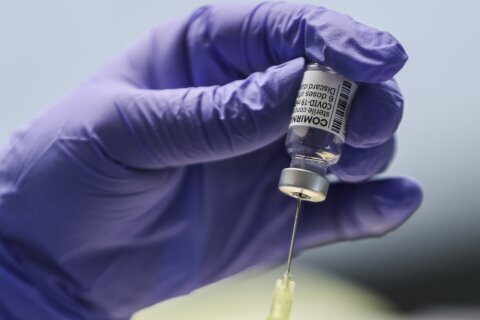