Stormy and steamy end to workweek in DC area

The hot streak of weather for the D.C. region continued on Friday with dangerous heat levels, capped off with some storms that were severe in some parts of the area.
Listen now to WTOP News WTOP.com | Alexa | Google Home | WTOP App | 103.5 FM

The hot streak of weather for the D.C. region continued on Friday with dangerous heat levels, capped off with some storms that were severe in some parts of the area.

A severe thunderstorm watch for the listening area ended at 8 p.m.

The heat advisory for Friday was in effect until 7 p.m. for most of the region. The heat index ranged from 105 to 110 degrees during its peak in the afternoon into the early evening hours.

The cold front will bring more showers and storms with potential heavy rain on Saturday into Saturday night, but because of the clouds and the numerous showers, it will stay out of the 90s, so the heat wave will be over.

Northwesterly winds will start to dry us out on Sunday, bringing in not only more seasonable temperatures, but also much more comfortable levels of humidity.

Friday’s hot weather capped off a week of high temperatures and humidity. While Thursday was the second day in a row heat indexes topped out between 105 and 110 along the Interstate 95 corridor, it is still not the new record.

The last time Reagan National Airport reached 100 was Aug. 15, 2016; D.C.’s average high temperature for this time of year is around 90. Dulles International Airport set a new daily record high of 99 on Thursday, breaking its old record of 97 for Aug. 11 in 2010.

Friday night: Showers and thunderstorms. Lows in the 70s.

Saturday: Partly sunny and hot with lowering humidity. Rain and thunder likely with the threat of strong to severe storms. Highs in the upper 80s.

Sunday: Partly to mostly cloudy, cooler and less humid. Highs in the low to mid-80s.

Monday: Partly sunny, with a chance for some showers mainly south of Washington. Highs in the upper 70s to lower 80s. 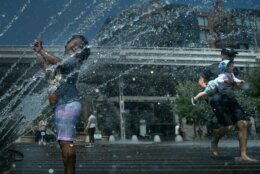 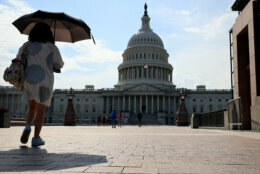 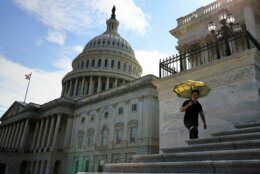 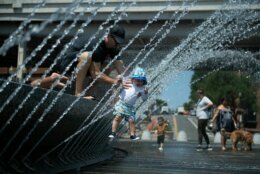 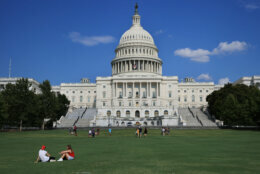 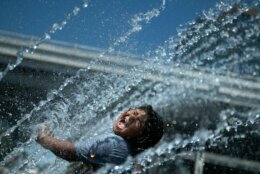 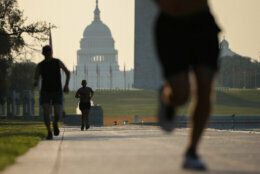 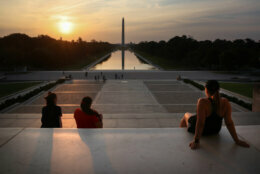 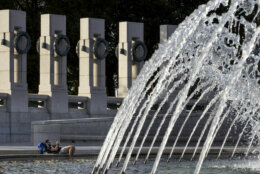 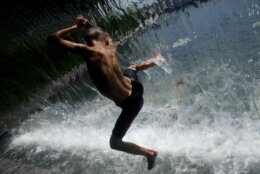 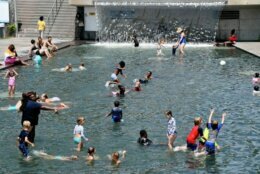 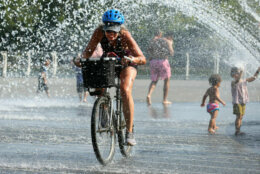 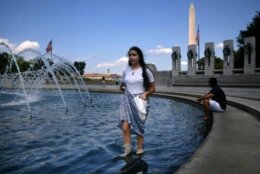 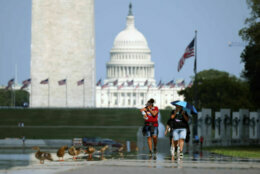 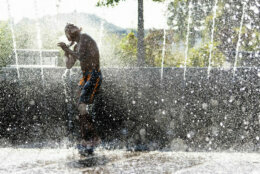 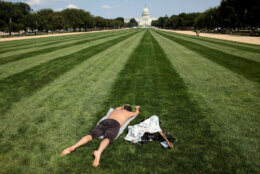 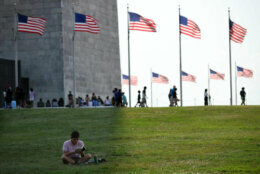 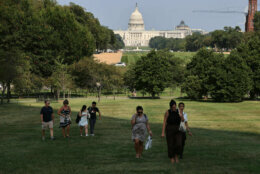 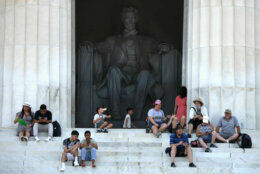 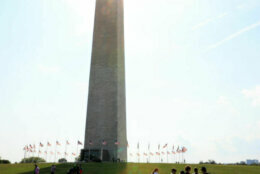 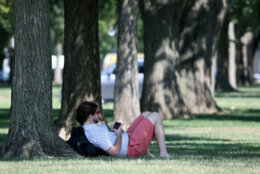