COLUMBUS, Ohio (AP) — When the pandemic passed the one-year mark, Lisa Phillips wasn’t exactly eager to walk down memory lane. She had developed symptoms and quarantined with a suspected case of COVID-19 last spring, lost her mother to the disease in July and been hospitalized in November from what she describes as a nervous breakdown fueled by grief and isolation.

But Phillips also wasn’t ready to delete the apps that provide those reminders that showed her each day what she’d shared on social media just a year earlier. That pain, she says, shouldn’t be forgotten. So she still wanted to save the memories — but for later.

As we navigate these weeks that are unspooling a year after March, April and May 2020, memories from earlier in the COVID-19 crisis are popping up in people’s social media feeds when throwbacks, reposts and commemorations crack open the digital time capsule of the pandemic before it’s even over.

Out spill the first reminders of a zillion virus-inflected anniversaries, ranging from the relatively trivial to the tragic: the empty toilet paper shelves, the new masks, the start of remote work or school, the gratitude to exhausted health care staff, the In Memoriams.

For Phillips, 42, of Phoenix, the trauma still feels fresh. “If you’re not ready to relive the anniversary and beginning of this ongoing pandemic, you’re not alone,” she tweeted.

Social media’s insistence on serving our own experiences back up to us — even if desired — can complicate the coping. But experts say it also provides opportunities to realize connection — and to frame how we move forward.

“In certain ways — not all ways — we have more in common with more people on the planet than we probably have in any other year,” says Jamil Zaki, a Stanford University psychologist who researches empathy.

People’s circumstances vary widely, and the pandemic has exposed lots of inequities, disproportionately impacting communities of color. “But at some level,” Zaki says, “many of us are dealing with a very similar type of anxiety, uncertainty, mourning and loss.”

Zillah Wesley, an organizer with the anti-poverty Poor People’s Campaign in Washington, D.C., says she has known more than 40 people who have died during the pandemic, including several relatives and friends’ relatives. Many of them died in the early months, she says, and nearly all of them were fellow members of the Black community.

Now posts about them are showing up again on her smartphone, she says, bringing a sinking feeling of loss.

“I sit with it and just let it flow through me so it won’t pop up in other ways,” she says. “It’s like you can click off the thing and still go about your day, but the person is still gone.”

The pandemic has been a collective trauma, and sharing personal emotional experience can help people feel supported and find meaning in that, says Sara Levens, a University of North Carolina at Charlotte psychology professor whose lab studies emotion.

Some people may find it helpful to look back on their own or others’ experiences and reflect on what they’ve learned, what’s been lost and gained, or where they’ve seen resilience or joy in the midst of greater hardship. To navigate that content in a healthy way, experts recommend that people pay attention to what kind of social media posts and stories they’re viewing — how the content makes them feel and whether they’re actually getting something useful from it.

“Just like you would be mindful of doom-scrolling, I think we need to be mindful of pandemic-scrolling,” says Elana Newman, a University of Tulsa psychologist and trauma researcher.

If the posts you’re reading start to feel more overwhelming and less like you’re plugging into shared experience, it’s probably a good idea to disengage and distract yourself with an activity that helps replenish you, Levens says.

Disabling social media notifications and muting or unfollowing accounts that negatively impact your mental health can help. Some users are even more proactive, intentionally limiting how they use digital tools that resurface their own memories.

Brian Acunis, a soon-to-be graduate student who has lived part of the past year in New York, says he deleted the reminiscing app Timehop from his phone just a few months into the pandemic. He gave up a three-year streak with it because he didn’t want to keep seeing memories of all the activities and friends he was missing.

That tension isn’t lost on the folks behind the app. In March, on the anniversary of the pandemic declaration, Timehop tweeted a reminder that users can hide unwanted memories, noting they sometimes “need to be put away.”

There’s no surge in use of that option so far. But if things change in the coming months, Timehop might consider altering how people hide memories or encouraging breaks if that would benefit users, CEO Matt Raoul says.

“We try to balance that mantra of ‘we do not want to curate your memories and we want to show you everything’ with giving people the tools to control it in a way that’s best for them,” Raoul says.

Phillips, a vice president at a cloud computing services company, now skips Timehop and social media altogether on days when her grief feels especially sharp or she doesn’t have mental or emotional space for what they might serve up. She says she also seeks help from others through professional care, therapy and talking with family and friends.

She still considers it valuable to document moments and milestones on social media so she can look back at the difference over time. “There’s a part of me,” she says, “that doesn’t want to lose the sort of archival element.”

“I really hope we don’t forget this time and don’t just snap back into whatever normal was before, because normal before was not that normal. … We were fracturing as a culture. Trust was diminishing,” Zaki says. “And I think that in a lot of ways the pandemic, like other disasters, exposes some deep truths about who we are, what we need and who we can be.” 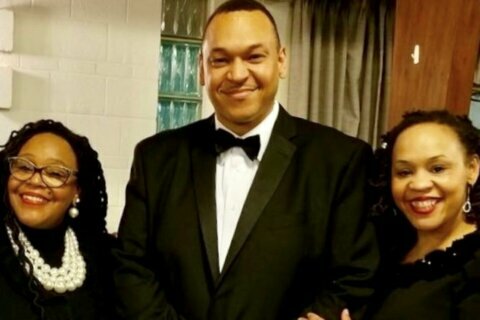