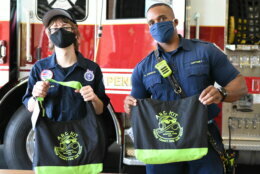 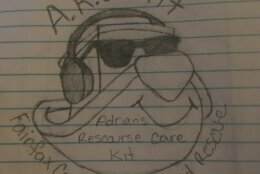 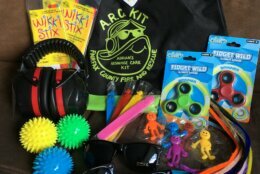 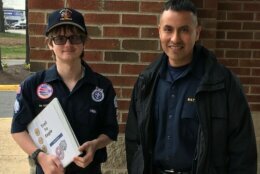 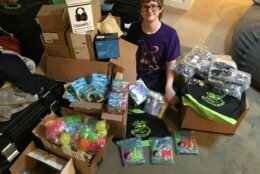 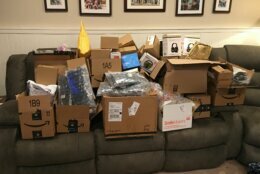 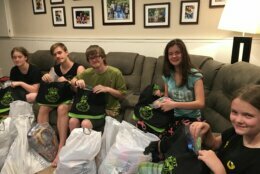 A Northern Virginia teenager has supplied first responders in Fairfax County with a tool they might not have realized they needed: anxiety and autism comfort kits.

“I have autism, so it gave me the idea,” said 17-year-old Adrian Allred of the “Adrian’s Resource Care Kits,” now carried on all 42 medic units in the county.

Allred, who lives in the Alexandria portion of Fairfax County, is a Boy Scout member of
Sea Scout Ship 818 in the Colonial District of the National Capital Area Council, BSA. The kits complete Allred’s Eagle Scout Service Project.

“These kits have a bunch of items and stuff in them to help first responders keep people with mental issues, like anxiety and autism, calm,” Allred said.

Fairfax County Fire and Rescue Battalion Chief George Robbins, the department’s community risk-reduction program manager, said of Allred’s work: “I think it’s wonderful; I commend him. He had to write up a proposal for the project; he had to implement it; he had to develop his plan.”

“He deserves to be an Eagle Scout from this project, and he’s going to do a lot of people a lot of good,” Robbins said.

The teen’s mom, Jennifer Allred, said her son’s leadership project of creating the kits shows the much-needed initiative and perspective people with disabilities can offer.

Adrian Allred said it might sound weird, but his favorite item in the kit is the flavored tongue depressors.

“That’s actually a lot more useful than you might think. I actually have a few of those over there. Because you can sit and chew on them, and they actually won’t break, like ever — they hardly even leave marks when you chew on them,” he said.

That prompted Jennifer Allred to explain that some people on the autism spectrum who are orally oriented, like her son, need that oral stimulation to help calm down.

Jennifer Allred is heavily involved with scouting and scouts with special needs.

She believes that just as important as what the kits accomplish is what they represent to parents of children with autism and to the larger community.

“It makes a big difference in just everybody feeling included,” Jennifer Allred said.

Just hours after a kit was placed on Medic 421, in Fair Oaks, it helped calm a young nonverbal child who was found alone on the streets near the fire station.

The county fire department will keep kits stocked by replacing the one-use items that are given to patients. And it’s expanding the program by creating kits to distribute to volunteer units that run 18 ambulances in the county.