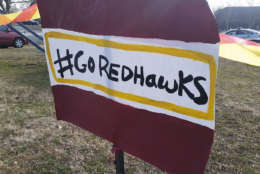 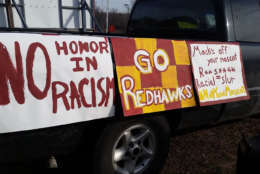 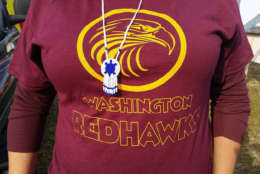 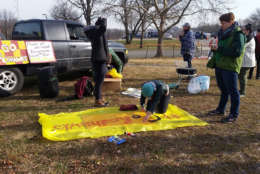 LANDOVER, Md. — Native American activists have reignited the debate over changing the Washington Redskins football team name. On Sunday, they rallied outside the FedEx field in Landover, Maryland.

Organizers of the rally want the name changed to the Redhawks.

The rally was organized by the Rising Hearts Coalition, a Native American activist group. The group launched an online campaign for a new name on Wednesday.

“First of all, we’re back in the headlines and that’s what matters,” said Sebastian Medina-Tayac, an organizer for the rising Hearts Coalition and a member of the Piscataway Indian Nation, a state-recognized tribe in Maryland.

Through their “culture jam” tactic, the Rising Hearts Coalition created a Washington Redhawks website that mirrors the Redskins’ website.

The group also handed out shirts at the rally with the new name and a new Redhawks logo.

Fans are still divided on the Redskins’ name.

While some agreed with the activists outside the game, others didn’t.