Two huge lottery jackpots — each over $350 million — has a lot of people buying tickets and fantasizing about life as a multimillionaire.
Listen now to WTOP News WTOP.com | Alexa | Google Home | WTOP App | 103.5 FM

WASHINGTON — With the jackpots for Mega Millions and Powerball each topping $350 million for the first time this week, people in and around the nation’s capital are willing to fantasize about life as a multimillionaire.

“When you have that kind of money, you can do whatever you want,” said Michael Kay, who envisions a ZIP code change if he and his wife hit it big.

“We have a house in Gaithersburg, but we’d probably buy a house in Potomac,” he said. “We would vacation and send our kid to a better school.”

The Mega Millions drawing Friday night has an estimated jackpot of $393 million, while Saturday’s Powerball prize will be approximately $356 million.

The prizes are based on winners taking an annuity with the prize being paid out over 29 years. For an upfront cash prize, the jackpot would drop to $238 million for Mega Millions and $224 million for Powerball.

“That’s a lot of money, actually,” understated Tedessa, who is originally from Ethiopia.

If he won, he says he would build and run a learning center to help children develop knowledge about technology and science.

He says he wouldn’t buy a fancy car.

“I’m quite simple, really, I don’t think I’d need that,” he said. “Perhaps a donkey, or a horse. But the center would have a bus.”

A librarian from Gaithersburg (and yes, her name is Marian) said she would invest most of her winnings, help her children financially and buy a new town house.

Daniela Zeppos, a Montgomery County teacher, said she would travel the world and help students join her.

As for winning strategies, Michael Kay said he bought his ticket using a tidbit he learned in college.

“I took a statistics course, and the professor said use random numbers,” Kay said. “That will give you a better chance of winning, as opposed to picking your own numbers every single time.”

Ozzie, an orthodontist, said she would pay off her student loan.

Mike Waters’ wife said she’d want to buy a beach house. He said he’d travel the world and leave the beach house to his wife. 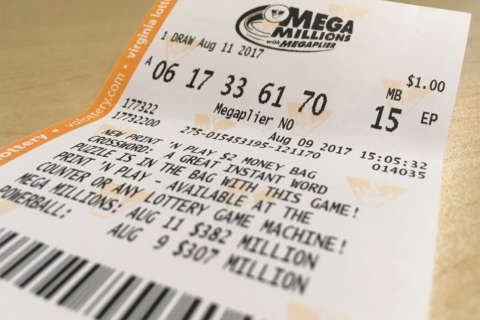