With the hotter temperatures, hotter heads appear to be prevailing on the roadways. Here's how you can avoid trouble.
Listen now to WTOP News WTOP.com | Alexa | Google Home | WTOP App | 103.5 FM

WASHINGTON — With the hotter temperatures, hotter heads appear to be prevailing on the roadways: At least two violent road rage incidents were reported this week in the D.C. area.

On Wednesday, Ernest Stickell, 58, of Mechanicsville, Maryland, was arrested after police said he shot and seriously injured a woman during a road rage incident on Eisenhower Avenue earlier that day.

Later Wednesday morning in Takoma Park, Maryland, a woman reported that her car was damaged by an impatient couple who had been traveling behind her on New Hampshire Avenue. The woman told Takoma Park police that after honking at her, the man and woman got out of their car at a stoplight, yelled at her and hit her car. The man even kicked the driver’s-side door, the woman told police, damaging it enough to where it wouldn’t open.

Police departments encourage drivers to let cooler head prevail on the roads. As for those who may be the aggressor, Takoma Park police spokeswoman Catherine Plevy suggested that they should consider what might have led the other driver to make a move that is upsetting.

“You don’t know what’s going on in their car. You don’t know if they’re experiencing a crisis or if they’ve learned about bad news recently,” Plevy said.

“Leave enough amount of time to get to your destination, so you don’t become that person, that aggressor out on these roadways,” Parker said.

For drivers who are on the receiving end of road rage, law enforcement officials recommend avoiding eye contact with the other driver and trying to steer clear of the angry driver.

“Don’t do anything to agitate the situation,” Parker said.

Parker also encourages that drivers take note of any details about the offending driver and their car. A license plate number can many times lead police to the irate motorist.

“You should never get out of your car if you’re the target of road rage,” Plevy said.

Instead, police recommend getting somewhere safe, away from the other driver, and call 911.

“Property can be replaced, but you can’t,” Plevy said. 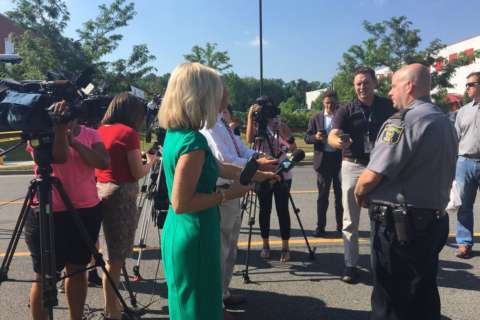