NEW YORK (AP) — The WNBA hopes to be back in home arenas for its 25th season this summer.

The league on Monday announced a series of plans for the season, including a new marketing campaign “Count It,” as well as celebrations of the league’s milestones throughout its history.

When the new season will start is still being finalized because of the coronavirus pandemic. WNBA Commissioner Cathy Engelbert said that she expects it to begin in May.

Last season, the league played a 22-game schedule at IMG Academy in Florida. The WNBA last year had a plan for a 34-game schedule before the coronavirus pandemic changed that. There will be a break for the Tokyo Olympics in July.

“We’re working really hard on the schedule,” Engelbert said. “We have to get safety protocols in arenas and are hoping to play in our arenas like other sports are doing. Play in our 12 cities, as the 12 markets are working on arena protocols, testing and health and safety.

“As we look to celebrate the first 25 years of the league, we are also setting the stage for the next 25 years. The WNBA’s new distinctive 25th season logo and Count It campaign signify what makes the league unique,” said Engelbert. “We are celebrating a quarter of a century of the impact the WNBA has made on sports and society, and on generations of young and diverse athletes.”

The commemorative logo will be displayed on the courts, jerseys and game ball, which will now be a Wilson basketball instead of Spalding.

Other commemorative plans for the 25th season include:

— The W25 to honor the league’s greatest players since its inception in 1997.

— Advisory Council made up of former women’s basketball pioneers and WNBA greats.

The league also plans to continue to support the WNBA Justice Movement. It’s the platform through which the league will continue to lead important work in the community to combat racial and gender inequality, promote advocacy for LBGTQ+ rights, and champion reform in systems where injustice persists. 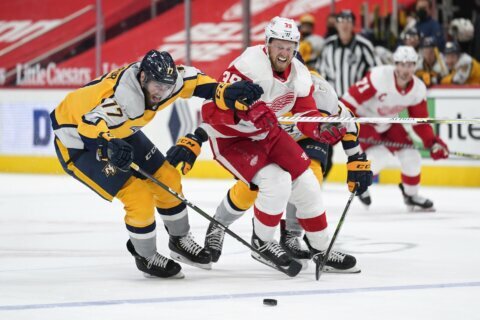