Religious entities are exempt from the Americans with Disabilities Act, the 32-year-old landmark civil rights law that included access requirements for public spaces. Nonetheless, most have made their buildings accessible in some fashion.
Listen now to WTOP News WTOP.com | Alexa | Google Home | WTOP App | 103.5 FM

NASHVILLE, Tennessee (AP) — Jerry Lamb could not maneuver his wheelchair into the rows of pews at his church. It wouldn’t fit. Nor could he sit in the aisles without awkwardly blocking the way.

So he adapted. It’s a regular part of his new life with limited mobility that requires near-constant calculations of how to navigate a world no longer set up for him. That included his longtime church in Camden, Tennessee – one of the many U.S. houses of worship with accessibility limitations.

Instead, on Sundays, he worshipped in the narthex at the back of Camden First United Methodist Church, separated from the rest of the congregation, with his family at his side in folding chairs. It didn’t really bother Lamb, 66, who “was already over it,” having struggled to walk since 2019 due to a worsening spine condition.

But it bothered the Rev. Adam Kelchner, the new pastor: “I was preaching one Sunday and was rather distraught that one of our families literally could not be in the same worship space just because we didn’t have a seating arrangement that made sense.”

So Kelchner made one that did. He secured trustees’ approval and hired a company to cut up a few pews, making space for Lamb — and anyone else using a wheelchair or walker – to worship alongside the rest of the congregation.

“It blew us out of the water,” said Lamb.

Except as employers, religious entities are exempt from the Americans with Disabilities Act, the 32-year-old landmark civil rights law that included access requirements for public spaces. Nonetheless, most have made their buildings accessible in some fashion.

But there is much room for improvement, said Scott Thumma, a sociology of religion professor and director of the Hartford Institute for Religion Research.

Thumma also co-leads Faith Communities Today, a research project that surveyed more than 15,000 U.S. religious congregations for its 2020 report and found that 76% have wheelchair access. Thirty percent offer large-print worship materials and about the same portion have hearing assistive devices.

“That’s not terrible. But then when you start to ask the questions of how are they accommodating all the other challenges and disabilities? …Then it just almost drops off,” Thumma said. “They don’t make the full accommodations to allow all of their people to actually worship to their fullest in the service.”

The pandemic and the sweeping rise of online worship that followed was a catalyst for a more expansive understanding of what it really means to be an accessible church, said the Rev. Kelly Colwell, who leads digital and hybrid ministry at First Congregational Church of Berkeley, United Church of Christ, in California.

She had an eye-opening virtual coffee chat early in the pandemic. A congregant with multiple sclerosis explained how her online event-packed calendar finally allowed her to participate in ways her physical condition wouldn’t otherwise permit. It made Colwell realize the church had been excluding people with accessibility challenges all along.

Today, Colwell continues to assess whether the church is physically accessible to all congregants on an equal basis. Now she also considers how to make the online and hybrid experience meaningful.

“We’re not providing a sort of separate and unequal service for people who can’t come in person,” Colwell said.

Maria Town, the American Association of People with Disabilities’ president and CEO, has seen progress. She pointed to congregations adding inclusion events and playgrounds for all as well as an activist-created, easy-to-read Quran translation for those with intellectual and developmental disabilities.

“It’s slow, but I do think more and more entities are beginning to realize that this is a need, and I also hope that more and more people with disabilities are actually saying, ‘We deserve to be here,'” Town said.

Omer Zaman, a Muslim wheelchair user near Chicago, is one of the disabled faithful pushing for acceptance and accessibility. He focuses on inclusion at mosques as a volunteer and board member with MUHSEN, a nonprofit advocating for accommodations and understanding of disabilities in the Muslim community.

“Individuals with special needs can be on a board. They can contribute. They can give you a perspective,” said Zaman, 37, who has muscular dystrophy. “We are not defined by our special needs. It’s just a part of who we are … but there’s more to us than that.”

MUHSEN recognizes mosques making progress through its tiered masjid certification. To earn it, they must meet requirements like having disability awareness events, support groups, specialized childcare, braille Qurans and ramps.

“It’s not just the ramp,” said Jerry Lamb, who has confronted accessibility problems in many types of venues.

Lamb wants to invite policymakers to what he thinks would be an eye-opening outing in wheelchairs. They would experience firsthand just how hard it is to do basic activities, like using public bathrooms and finding restaurants with enough space between tables for a wheelchair, he said.

His family also sacrificed what they thought was their forever home to move into a fully accessible house. They skipped church for awhile, juggling the pandemic, Lamb’s health problems, and taking on new duties as foster parents.

“It wasn’t even the fact that church didn’t have a place for him in the chair. It was difficult for us. We were just learning this new kind of lifestyle,” said his wife, Laura Lamb, who was grateful their fellow congregants checked in on them.

Dignity is needed in accessibility as well, said Amy Asin, the Union for Reform Judaism’s vice president of congregational engagement and leadership experiences.

Anybody who’s “had to go through the kitchen to get to the sanctuary has experienced what congregations need to do,” Asin said. “Some of it is about getting around… some of it is about making sure that path has dignity.”

Accessibility shouldn’t be treated as only a disability community issue either, she said.

“If we’ve had the blessing of living long enough, we will all be disabled. This is not about them. This is about all of us,” Asin said.

Accessibility updates can be pricey, but so can a congregation’s other needs, Asin said. These projects also can go through the annual budget process, knowing that some years, replacing a leaky roof or other critical need will take precedence.

ENCORE Ministry provides grants for congregations making accommodations for older members in the Tennessee-Western Kentucky Conference of the United Methodist Church, said executive director Kent McNish. Of the conference’s roughly 1,000 congregations, more than 60% of congregants are 60 and older, he said: “Most churches see that as a given and they don’t do anything for their senior adults.”

ENCORE is trying to change that with training and resources. As examples, they have funded sound systems that make worship easier to hear and screens that are more readable than hymnals.

At Camden First, the sanctuary layout now sends an important message. “This is a place where we have thoughtfully made decisions to invite folks in” that need mobility assistance, Kelchner said.

The Lambs rejoined the congregation in the sanctuary this fall. It just so happened that a newly-halved pew was near what once was their usual Sunday seat before everything changed. Jerry Lamb said, “It felt like coming home.” 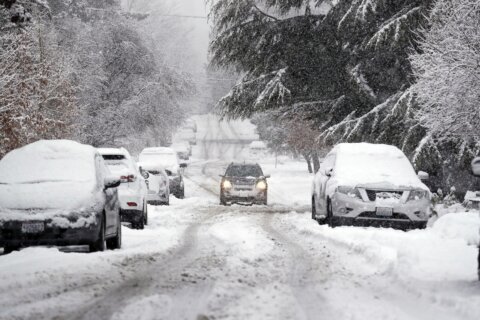 Edmunds: Why you need winter tires

Free hotel breakfasts are getting bigger and better 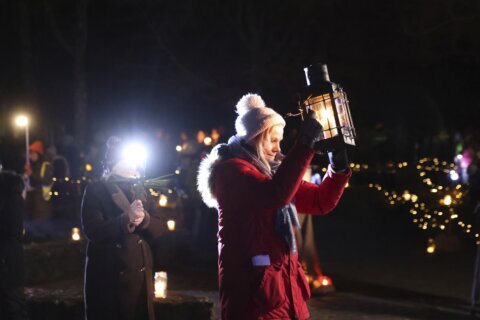