EXPLAINER: Status of women in Qatar, host of World Cup

The foreign fans descending on Doha for the 2022 World Cup will find a country where women work, hold public office and cruise in their supercars along the city’s palm-lined corniche. They’ve been driving for decades, unlike in Saudi Arabia, where women gained the right just a few years ago.

There are Qatari female ambassadors, judges and ministers, even race jockeys. The emir’s mother, Sheikha Moza bint Nasser al-Missned, is one of the most famous women in the Arab world. In a region where rulers’ wives and mothers keep a low-profile, she behaves like a Western-style first lady — advocating for social causes and grabbing headlines as a style icon.

Yet the emirate has for years sat near the bottom of the World Economic Forum’s Global Gender Gap Report, which tracks gaps between women and men in employment, education, health and politics.

It’s a traditional society that traces its roots to the interior of the Arabian Peninsula, where an ultraconservative form of Islam known as Wahhabism originated. Rights groups say that the Qatari legal system, based on Islamic law or Shariah, hinders women’s advancement.

Here’s a look at the situation of women in the tiny sheikhdom that has undergone a massive social transformation from a generation ago, when most women kept close to home.

Qatar’s constitution enshrines equality among citizens. But the U.S. State Department and human rights groups say the Qatari legal system discriminates against women when it comes to their freedom of movement and issues of marriage, child custody and inheritance. Under Shariah law, for example, women can inherit property, but daughters receive half as much as sons. Men can easily divorce their wives, while women must apply to courts from a narrow list of acceptable grounds. Men can marry up to four wives without issue, while women must obtain approval from a male guardian to get married at any age. Under a rule rarely enforced, Qatari women under the age of 25 also must secure a male guardian’s permission to leave the country. Husbands and fathers may bar women from traveling. Unmarried Qatari women under 30 cannot check into hotels. Single women who get pregnant face prosecution for extramarital sex. There is no government office dedicated to women’s rights.

Just last year, emir Sheikh Tamim bin Hamad Al Thani appointed women to two Cabinet posts, bringing the number of female ministers to three — the highest number in Qatar’s history. Prominent Qatari women hold other high-level positions, too. The female deputy foreign minister gained prestige as the spokeswoman for Qatar’s critical diplomatic efforts amid the U.S. military and NATO withdrawal from Afghanistan. Another powerful woman is Sheikh Tamim’s younger sister, the head of the Qatar Museum Authority who has become one of the international art world’s most popular figures. Last year, Sheikh Tamim appointed two women to the country’s advisory Shura Council. But the legislative elections for the 45-member council were a stark testament to Qatari women’s limited role. Female candidates did not win a single seat.

Laws guarantee the right to equal pay for Qatari women and men. But women do not always receive it. They also struggle to obtain high-level posts in private companies and the public sector, even though more than half of all college graduates are women. There is no law prohibiting gender discrimination in the workplace. Laws ban women from jobs broadly defined as dangerous or inappropriate. Women also must seek permission from a male guardian to work in the government and special institutions. Despite the obstacles, some women have managed to succeed professionally.

Traditional roles in Qatar are enshrined in laws that differentiate between women’s and men’s rights and responsibilities. Wives, for instance, are legally in charge of the household and are required to obey their husbands. They can lose financial support if they defy their husband’s wishes. Religious and tribal customs mean that conservative families frown on women mingling with unrelated men, even for business. Although women have made major forays in recent years, the world of politics and finance remains male-dominant. With Islam encouraging female modesty, Qatari women typically wear a headscarf and loose cloak known as the abaya. Bedouin women are more conservative and some cover their faces with the niqab veil. 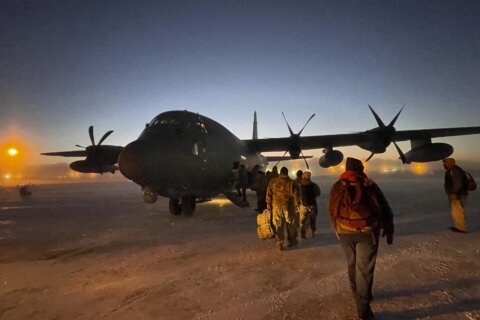