Two people were killed and at least five others were injured after gunfire erupted Sunday at a Los Angeles park where a car show was being held.
Listen now to WTOP News WTOP.com | Alexa | Google Home | WTOP App | 103.5 FM
(1/9) 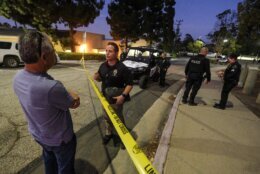 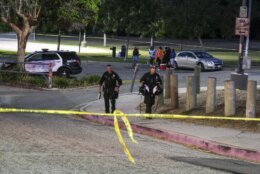 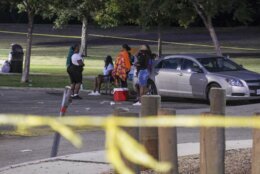 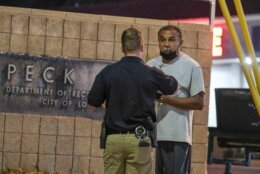 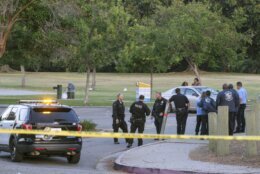 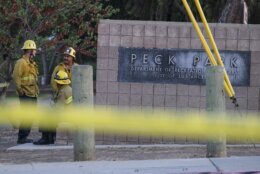 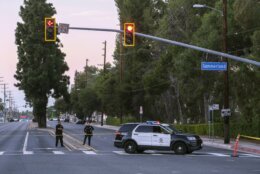 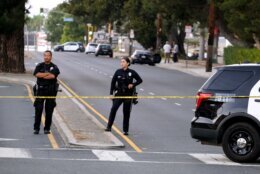 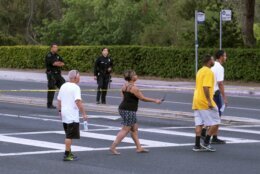 A weekly softball game that for years has served to promote peace between Los Angeles-area gangs was marred by gunfire during the weekend that left two people dead and six wounded.

More than 500 people were in Peck Park in the city’s San Pedro neighborhood Sunday afternoon to watch the softball teams play, barbecue with family and friends, and to show off and check out low-rider vehicles.

Just before 4 p.m., a dispute between two people escalated into a gunfight that spilled over onto the softball diamond. A barrage of shots was fired as people scrambled for cover.

Two men who were shot died at a hospital, while four women and two other men were in stable condition. No names have been released and no arrests made.

A local nonprofit organized the softball league about five years ago to safely bring together members of different Crips sets, according to gang interventionist Skipp Townsend. Sunday’s game — just weeks after the death of the league’s founder in a car wreck — was between teams from Compton.

“It broke my heart,” Townsend, who often attends the games, told The Associated Press on Monday. “We have these type of events so we don’t have shootings.”

On Sunday afternoon, Townsend and other community leaders were a few miles away from the park, participating in the monthly “Peace Ride” to promote solidarity in high-crime areas. A day later, Townsend was left to wonder if the violence might have been prevented had he and the others been at the park.

Police have offered few details about the shooting, only saying it was “gang-related” and occurred at a permitted softball game after some kind of dispute. Investigators have not yet determined how many people opened fire.

Multiple guns were discovered at the location and recovered as evidence, authorities said.

“It’s Sunday afternoon, you should be able to go and enjoy the park,” said LAPD Capt. Kelly Muniz, a police spokesperson.

Officials initially said there were five people wounded and taken by paramedics to the hospital, but authorities found out later that a sixth victim went to a hospital in a private vehicle.

Peck Park is about 20 miles (32 kilometers) south of downtown Los Angeles. Councilman Joe Buscaino represents the area and since 2020 has pushed for a measure to allow Los Angeles park rangers to carry firearms.

Townsend said the softball games are typically positive events, adding that before Sunday there had only been one homicide linked to the league in its five years.

“It’s not indicative of what happens every Sunday at the park,” he said. 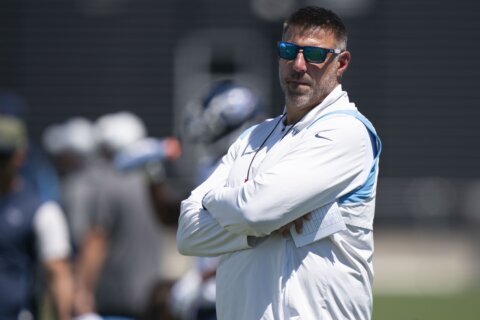