NEW YORK (AP) — In its first significant action under a new director, the Consumer Financial Protection Bureau is ordering Apple, Amazon, PayPal and other tech giants to reveal how their proprietary payment networks function.

“Big Tech companies are eagerly expanding their empires to gain greater control and insight into our spending habits,” Chopra said in a prepared statement.

Before being confirmed as director last month, Chopra was a commissioner on the Federal Trade Commission where he used his role to raise concerns about anticompetitive behavior at large technology firms. He also raised the issue during his confirmation hearing at the Senate Banking Committee.

The CFPB has rescinded or scaled back a number of policies put in place by the Trump administration. And the bureau is adding staff in anticipation of taking a more active role in regulation and enforcement, as it did during the Obama administration.

In the past decade, technology companies have rolled out full-featured payment systems and networks like Apple Pay, AliPay and Google Pay, which are often embedded into smart devices. Apple sells its Apple credit card product right inside the iPhone, and if a consumer opens an account, it is automatically integrated into the customer’s payment options. In many ways, a consumer’s smart phone has replaced their wallet.

While the innovation has been largely celebrated by those who use it, banks and consumer groups have raised concerns about tech companies running their own independent payment networks. While banks have tried to compete with Silicon Valley in payments through services like Zelle, they have struggled to keep up and do not have the integrated systems Apple or Google operate that is seen a competitive advantage. Consumers can add their credit or debit cards to their iPhone or Android devices, but it usually requires additional steps.

“Since the Bureau was founded, a growing share of banking activity has occurred outside of the purview of leading regulators, putting consumers and the resiliency of the financial system at risk,” said Richard Hunt, CEO of the Consumer Bankers Association, the trade group for the nation’s big consumer banks.

In its letter to companies, the CFPB asked for information on how their products store consumer information, how the data is aggregated or sold or shared with other companies, as well as how consumers’ information may be used to sell them additional products.

The Electronic Transactions Association, which represents Apple, Amazon, Google and other technology companies when it comes to payments, said they plan to fully cooperate with the CFPB’s order.

“The digital transactions industry has a good story to tell about its efforts to protect consumer data. We look forward to working with Director Chopra and the CFPB on this important effort,” said ETA CEO Jodie Kelley in a prepared statement. 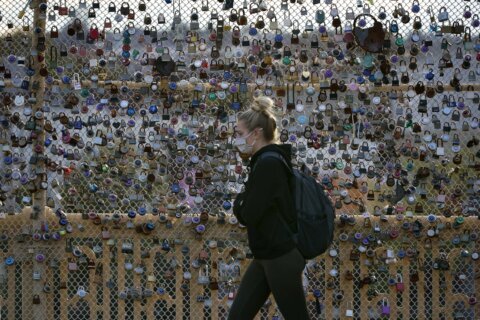