The Texas woman recognized the names of some of the teens and young men from stories her father told. For three years, the baby-faced captives lived among the dead and dying in barracks and boxcars as Nazi captors moved them from Poland to France to Germany. The skeletal friends said a tearful Kaddish — a Jewish prayer of mourning — after learning their parents had died in the gas chambers.

But suddenly, the familiar names had faces.

“Seeing the faces of all of them really brought the story to life,” said Eisen, who discovered the photos while moving her mother, Ruth Salton, 99, from Florida to the Dallas area this past summer.

Eisen, 62, said she felt compelled to learn more about the confidants who had meant so much to her father, who died at age 88 in 2016.

George Salton was 17 when the U.S. Army liberated the Wobbelin concentration camp in Germany on May 2, 1945. Over the next few years, the survivors scattered around the world. Most lost touch with each other.

But 76 years after American soldiers cut down the barbed wire and fulfilled the prisoners’ impossible dream of freedom, Eisen set out to bring together the survivors’ loved ones.

As Eisen began her research, she relied on names written in pencil on the picture backs or mentioned repeatedly in Salton’s 2002 book, “The 23rd Psalm: A Holocaust Memorial.”

As she combed through Nazi-era data, official documents, concentration camp lists and postwar records stored online through the Arolsen Archives at the International Center on Nazi Persecution in Germany, Eisen verified survivors’ names and dates of birth.

Through Ancestry.com, she explored passenger lists of ships that took Holocaust survivors to other countries, Social Security cards documenting name changes, and obituaries and family trees.

Some assumed new identities as they made fresh starts after the war. Eisen’s father was born as Lucek Salzman in the town of Tyczyn, Poland. But after the dangers he had faced, he chose a less Jewish-sounding name upon arrival in New York in 1947.

Google and Facebook searches led Eisen to the children and grandchildren of her father’s friends, most of whom never knew — until now — the full story of what their loved ones experienced.

Todd Nussen, a high school history teacher in Oceanside, New York, reacted with shock — and excitement — when Eisen texted him in late July to ask about his namesake grandfather, Tobias Nussen, who died at age 52 in 1973.

“Now I have details. Now I have facts,” the 40-year-old educator said.

As a result of Eisen’s research, family members of eight Holocaust survivors met for the first time on a recent Sunday.

Some exchanged hugs and tears in person at a New Jersey hotel suite.

Others connected via Zoom from Israel, Sweden and Texas.

“It just gave me the chills,” Bobbie Ziff, 67, a resident of Jackson, New Jersey, said of the emotional gathering, which came together less than four months after the photos’ discovery.

Ziff is the daughter of Tobias Nussen and the aunt of Todd Nussen.

Her father built a new life in America and owned a luncheonette in Brooklyn, New York, Ziff said. He never talked about the Holocaust, but he often had nightmares and screamed in his sleep.

Eisen sent Ziff a copy of Tobias Nussen’s photo as well as his name in a tiny diary that belonged to Salton.

“It was just crazy, crazy,” Ziff said. “My only regret is that this didn’t happen while her father (Salton) was alive. I would have wished to speak to him.”

Pictured in another of the photos that Eisen found: Motek Hoffstetter.

His daughter Aviva Findler, a retired high school teacher who lives in Tel Aviv, Israel, said her father, like many other survivors, refused to talk about the Holocaust.

“During the meeting, I found out he was very respected by his friends, which made me really proud and sad,” Findler said. “Seeing all of us on Zoom made me wonder once more about the power of life that enabled our fathers to start families and life after all the losses they suffered and what they witnessed.”

However, he did tell her that “the rest of the family was gassed to death.”

“Sitting in a Zoom meeting with people I did not even know existed before, and at the same time understanding that we largely shared the same history, was a very strange and unreal experience,” Schlachet said.

Another of the survivors, Emil Ringel, also moved to the United States. Ringel and his wife, Clara, introduced Salton — Eisen’s father — to his future wife, Ruth, whose own Jewish family had fled Poland and labored in work camps in Siberia during World War II. Ringel died at age 52 in 1979.

“That strength of spirit, that courage, that resilience, that ability to really try to push each other to survive — that was what characterized all of our dads,” Barbara Ringel said.

For much of his life, Eisen’s own father believed in keeping the past in the past. He preferred to focus on living the American dream.

Fellow survivors did the same, not wanting to dwell on their rotten teeth or explain why they refused to waste even a single piece of bread.

“It’s a wound,” Ruth Salton said of what she and her husband of 63 years experienced growing up. “We didn’t want any of our kids to carry the stuff that we lived through. We thought, ‘It will hurt them. We want them to be happy.’”

George Salton proudly served in the same U.S. Army that had rescued him. He earned degrees in physics and electrical engineering. He worked in a high-level role at the Pentagon and held an executive position in the aerospace industry.

But eventually, his three children — especially Eisen, named after a grandmother she never knew — demanded answers about his childhood.

That led to George, Ruth and the three adult children traveling to Poland in 1998 to visit old concentration camps and ghettos, the remnants of synagogues and cemeteries throughout the central European country.

With Eisen’s help, Salton recounted the details of his family’s Holocaust experience in his 2002 memoir.

“Every day blended with the next, filled with hunger, sleepless nights, hard labor and the constant threat of beatings, selections, and executions,” he wrote.

The book — and the New Jersey gathering — helped Miriam Kershner, daughter of Holocaust survivor Moses Tuchman, understand her father in a way she never had, she said.

“We all felt so connected by our parents, and we all knew that our parents survived because of each other,” said the retired teacher, 65, who lives in Marlboro, New Jersey.

“I felt like I knew her all my life,” Kershner said of meeting Eisen. “We’re sisters from another mother. Matter of fact, we’re going to get together again.”

For her part, Eisen is writing a book of her own, “Pillar of Salt: A Daughter’s Life in the Shadow of the Holocaust,” which is due out next April. She is cooperating with a filmmaker, Jacob Wise, on a documentary based on her father’s experience and its impact on the second generation.

“I felt compelled to look back even though I was warned not to,” she said, referencing the biblical account of Lot’s wife turning into a pillar of salt. “I knew I risked being changed, but I had to face the past for the sake of my father.

“It was not easy for me to bring these other families the truth. It was painful. But it was their story, and it belonged to them.”

It’s important, she believes, for the younger generations to keep the reality of the Holocaust alive.

“My grandfather, when he would give speeches, would say that the Holocaust was incomprehensible, that we can’t comprehend how this happened,” said Aaron Eisen, who attended the New Jersey gathering. “But I think over time we are beginning to comprehend, and what my mother is talking about, is that there’s still so much to learn. With the technology and the archives, there’s still so many more lessons.”

As Ruth Salton approaches her 100th birthday, even she now understands the importance of telling the story, she said.

“That is the only way to carry on,” she said. “I’m so happy that the children are interested. The children want to tell the story, and the children can now live and feel what we did feel all our lives.”

Not all of Anna Eisen’s research had a happy ending.

One of the pictures showed a young man named Izok Rypp.

Izok — Yiddish for “Isaac” — survived 10 concentration camps with George Salton and the others, apparently the only member of his family to escape the gas chambers as Nazi Germany systematically killed 6 million European Jews.

But he never made it out of a displaced persons camp in Germany after the prisoners’ liberation. He died at age 19 in July 1947, according to a death certificate. No cause of death was given.

He was the same age as Eisen’s father.

“He never had a chance to have a life or a family,” Eisen said. “But his picture and his story in my father’s book have preserved his memory and his story.” 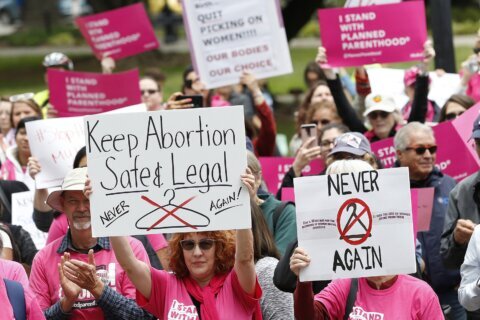 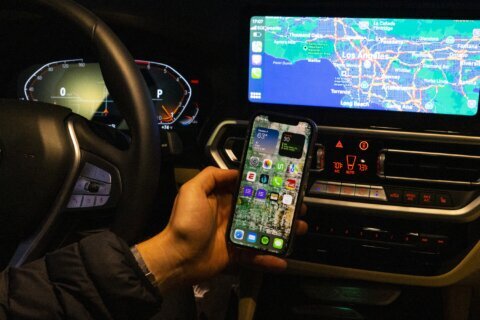