Coronavirus News: The nuance of dealing with COVID-19 | New cases in Montgomery Co. | 'Is It Normal Yet' Podcast: A perfect storm | Latest cases in DC region
Home » Lifestyle News » As Ida hit, homeless,…

As Ida hit, homeless, other vulnerable people left behind

HOUMA, La. (AP) — With Hurricane Ida’s winds screaming and only a tent and tarp for shelter, Angelique Hebert clung to her husband under a bridge where the couple had sought refuge.

“We’re gonna die in this hurricane,” Angelique told him. But he said: “Just hang on, baby. It’s gonna be over.”

So she hung on, and she prayed.

It wasn’t that the couple wanted to ride out a major hurricane exposed to the elements. Homeless and with few options in the bayous and small communities of southern Louisiana, they said they simply couldn’t afford to get out of Ida’s path. With no car, they walked more than 15 miles (24 kilometers) from the coastal hamlet of Montegut to Houma to try to catch an evacuation bus. They missed it.

Despite mandatory and voluntary evacuation orders in south Louisiana parishes, many residents who wanted to flee were left to fend for themselves as the fifth-strongest hurricane to ever hit the U.S. mainland ravaged Louisiana. For homeless people, those on fixed or low incomes, and others in the state’s most vulnerable groups, staying wasn’t a matter of choice — it was the only choice.

“People will say, ‘Well, I’m just going to ride it out,’” said Craig Colten, a professor emeritus at Louisiana State University who studies community resilience and adaptation to changing environments in coastal Louisiana. “But a lot of the time, people will ride it out because they don’t have the means to escape, and that, in large measure, means an automobile and enough money to buy gas.”

Experts have long been concerned that the increasing intensity and frequency of hurricanes — especially in Louisiana, where many residents return even after major storms — put people of lower means at higher risk. Even those who can scrape together resources to leave temporarily often return to find damaged or destroyed homes, jobs that no longer exist, and little immediate assistance.

“There’s a real concern among people who keep an eye on equity issues,” said Colten, who’s particularly worried that Ida — like Katrina — fell at the end of the month, when those who rely on retirement or government checks have already used most of their money.

“Their funds are pretty close to exhausted, these people who live hand-to-mouth, and so they didn’t have much choice but to stay,” he said. “They can’t go get a motel room. They can’t even buy a bus ticket. … Many of them have infirm relatives or family members, they have pets.”

The Heberts used a two-person dome tent, settled in by a concrete pillar under a bridge that crosses the Intracoastal Waterway and hoped for the best. The tent collapsed, letting rain inside.

“It was the most terrifying thing I’ve ever been through,” said Angelique Hebert, 53. Wilfred Hebert said he wanted to do more to protect his wife, but he couldn’t.

The couple has been staying at a shelter since the storm passed, but they don’t know what will come next. Broke, they panhandled along a road, with a sign: “Hurricane took everything.”

Also in hard-hit Houma, mother of two Kaylee Ordoyne, 26, said her family couldn’t afford to evacuate. Her truck — the family’s only vehicle — broke down days before the storm. She spent her last $30 on water, juice, cans of Chef Boyardee and soup, bread and sandwich meat. They left their trailer behind and took refuge in a relative’s apartment.

By Monday morning, that apartment would be in ruins.

As the storm ripped through the roof, Ordoyne held her kids, 2 and 4, singing “Twinkle, Twinkle Little Star” and whispering nursery rhymes. The ceiling collapsed, and they were trapped in a corner of the kitchen with water up to their ankles.

“If I would have had the money to evacuate, I would have — for my babies,” Ordoyne said. “I cried once, and then had to hold my tears in after, no matter how bad I wanted to break down.”

They survived, but the family’s troubles are far from over. The $11,000 trailer Ordoyne spent her savings on was destroyed by the storm. She had lived there just two months and has no insurance. She also has no paycheck — she reviews and approves phone applications for a wireless company, a job she can’t do without internet or power.

“I’m so worried sick about what will be next,” she said.

In New Orleans, Mayor LaToya Cantrell said roughly half the population evacuated ahead of Ida. The other half — 200,000 people — remained. For them and those who’d returned to a city with a shattered power grid, officials opened cooling stations and gave out meals Wednesday.

At one center, Barbara Bradie, a work-from-home agent for Walgreens, and Rita Richardson, a research coordinator at Tulane Medical Center, enjoyed their hot meal: pork, peas and bread. They said they couldn’t have evacuated; neither has a car.

Richardson said she evacuated once, for Hurricane Gustav in 2008: “I was out of town 10 days, and I was broke by the time I got home. … I’d rather just stay here and deal with it.”

After Hurricane Katrina, the city partnered with a nonprofit to put together a “City-Assisted Evacuation Plan” where people would meet at designated neighborhood pickup spots — marked with 12-foot stainless steel sculptures— for a shuttle to shelters. But in Ida — a storm intensifying so fast the mayor said mandatory evacuation wasn’t possible — the system was not utilized, Colten said.

Even for families who were able to evacuate, the financial impact will be long-lasting and painful. Some spent their last dollars to get their families to safety.

Lesl Bell and her husband were already living paycheck to paycheck before they both tested positive for COVID-19 a month ago. They had to stay home and were soon behind on bills. Then Ida hit.

“We couldn’t work for that whole month, and now this?” Bell said.

They packed their car and left with their 3-year-old and their remaining cash for a Florida hotel. They were too scared to stay in Louisiana; Bell’s pregnant, and she worried for their toddler’s safety.

But the family started running out of money and was forced to make the drive home Tuesday, even as officials advised people to stay away.

“It’s crazy how they tell you to stay out when the cheapest hotel room is almost $200 a night,” she said. “How we going to afford to be out for so long?” 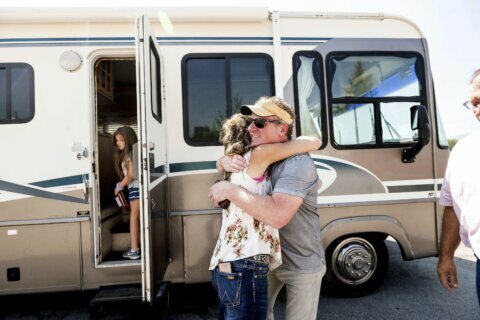 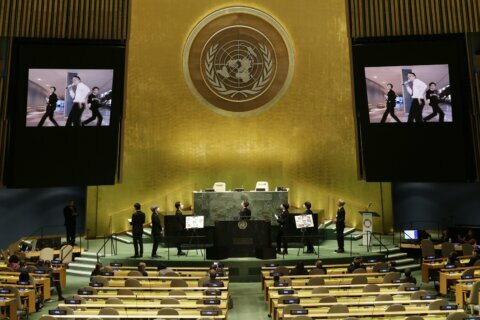