Coronavirus News: Fairfax Co. votes to increase substitute teacher pay | Is it time to get a COVID-19 booster? Which one? | Local cases of COVID-19 | How many in DC region are vaccinated?
Home » Lifestyle News » AP-NORC poll: Virus fears…

In a sign of the starkly different way Americans view the coronavirus pandemic, vaccinated older adults are far more worried about the virus than the unvaccinated and far likelier to take precautions despite the protection afforded by their shots, according to a new poll.
Listen now to WTOP News WTOP.com | Alexa | Google Home | WTOP App | 103.5 FM
(1/9) 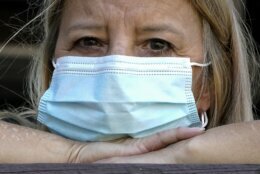 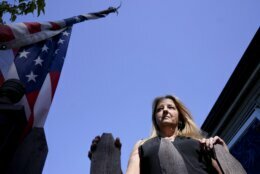 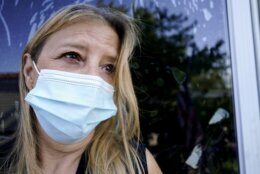 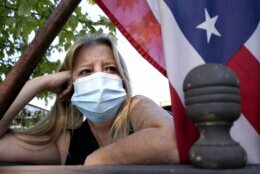 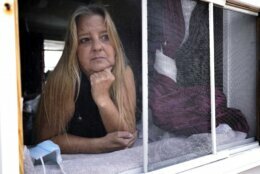 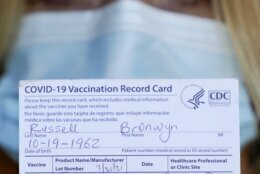 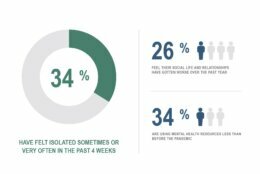 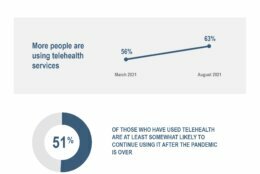 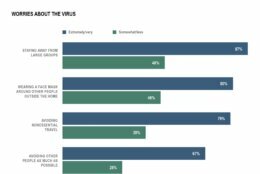 NEW YORK (AP) — Bronwyn Russell wears a mask anytime she leaves her Illinois home, though she wouldn’t dream of going out to eat or to hear a band play, much less setting foot on a plane. In Virginia, Oliver Midgette rarely dons a mask, never lets COVID-19 rouse any worry and happily finds himself in restaurants and among crowds.

She is vaccinated. He is not.

In a sign of the starkly different way Americans view the coronavirus pandemic, vaccinated older adults are far more worried about the virus than the unvaccinated and far likelier to take precautions despite the protection afforded by their shots, according to a new poll out Wednesday from The Associated Press-NORC Center for Public Affairs Research.

While growing numbers of older unvaccinated people are planning travel, embracing group gatherings and returning to gyms and houses of worship, the vaccinated are hunkering down.

“I’m worried. I don’t want to get sick,” says Russell, a 58-year-old from Des Plaines, Illinois, who is searching for part-time work while collecting disability benefits. “The people who are going about their lives are just in their own little bubbles of selfishness and don’t believe in facts.”

As the virus’ delta variant has fueled new waves of infection, the poll of people age 50 or older found 36% are very or extremely worried that they or a family member will be infected, roughly doubled since June. The increase is fueled by the vaccinated, who are especially likely to be highly worried. Just 25% of vaccinated Americans, but 61% of unvaccinated Americans, say they are not worried.

That worry is taking a toll: Those concerned about COVID-19 are less likely to rate their quality of life, mental and emotional health, and social activities and relationships as excellent or very good.

The dichotomy is at once peculiar and pedestrian: Though the unvaccinated stand most at risk of infection, their refusal of the shots shows many are convinced the threat is overblown.

Midgette, a 73-year-old retired electronics salesman in Norfolk, Virginia, sees the government as the culprit in fueling fear, but he’s not buying into it. He says “life is normal” again and the only thing he’s missing out on is going on a cruise with his wife because of vaccination requirements. It won’t convince him.

“I grew up in the old days. I ate dirt. I drank water from a hose. I played outside. I don’t live in a cage right now,” he says.

About two-thirds of people age 50 or older say they rarely or never feel isolated, but about half of those most worried about COVID-19 say they’ve felt that way at least sometimes in the last month.

Kathy Paiva, a 70-year-old retired bartender from Palm Coast, Florida, says she’s feeling the weight of staying home so much.

“My life is more limited than it ever was,” Paiva says. “I’m scared to go anywhere right now. I’d like to go out to eat, too, but I’m not going to put anyone’s life in danger, especially my own.”

Her son died of a heart attack in January. In July, she and her closest confidant, her 67-year-old sister, both fell ill with COVID-19. Paiva, who is vaccinated, survived. Her sister, who wasn’t, did not.

About 1 in 4 older adults, including roughly a third of those who are most worried about COVID-19, say their social lives and relationships worsened in the past year.

The poll found vaccinated older adults are more likely than the unvaccinated to say they often avoid large groups, wear a mask outside their home and avoid nonessential travel. Compared with June, vaccinated people were less likely to say they would travel or visit bars and restaurants in the next few weeks.

Dr. Irwin Redlener, a public health expert and founding director of the National Center for Disaster Preparedness at Columbia University, said unvaccinated people’s fear of the virus is lower because of their “disregard for science.”

“Vaccinated people have generally bought into the scientific realities of risk. They’re reading the reports of new variants or mutations, they’re reading stories about breakthroughs,” he said.

All of that is fueling anxiety for the vaccinated, Redlener said, compounded by a loss of confidence in experts and officials and their shifting guidance, most recently on the issue of booster shots.

Lee Sharp, a 54-year-old information technology consultant from Houston, who was so seriously ill with COVID-19 last year that he made sure his wife knew how to access all his accounts, initially thought he would get vaccinated as soon as shots were available. But as the months went by, the forcefulness with which vaccines have been pushed has made him not want to get one.

Linda Wells, a 61-year-old retired high school administrator in San Francisco, says that defiance has been discouraging. She got her shots and a booster, but because of an arthritis medication she takes, has been told by her doctors she’s in the “nebulous area of not knowing whether I’m protected.”

She’d like to go to a community pool to swim or hop on a plane to see a play in Los Angeles or to visit nieces in Arizona. She’d like to dine in a restaurant or take a leisurely shopping trip. She doesn’t, for fear of infection.

“I’m dependent on what other people do and, you know, I’ve done everything I could do. I wear a mask. I got the vaccine. And for people to be so selfish to not do this, it’s ridiculous,” she says. “A stubborn point of view keeps them from resolving a health crisis.”

The AP-NORC poll of 1,015 people age 50 or older was conducted Aug. 20-23, using a nationally representative sample drawn from the probability-based Foresight 50+ Panel, developed by NORC at the University of Chicago. The margin of sampling error for all respondents is plus or minus 4.1 percentage points.

Sedensky can be reached at msedensky@ap.org and at https://twitter.com/sedensky. Associated Press writer Hannah Fingerhut in Washington contributed to this report. 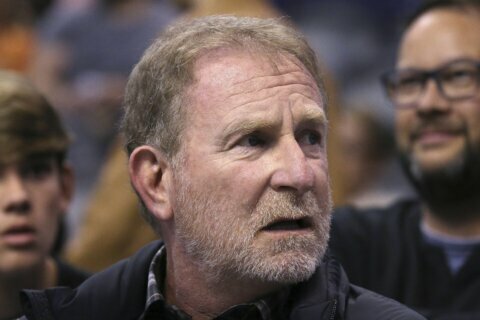 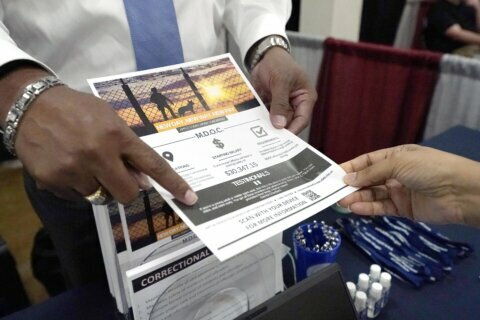