Holidays: 'Enchant' shines with millions of lights in Nats Park | Where to see holiday lights | Send in photos of decorations | How to give greener this season
Home » Life & Style » Survey: Cursing is all…

Despite the best efforts of our parents, the clergy and even the #$@%-ing Federal Communications Commission, profanity has never been more popular.
Listen now to WTOP News WTOP.com | Alexa | Google Home | WTOP App | 103.5 FM

When you think about it, profanity is such a strange thing.

It’s a select group of words that most of us learned surreptitiously as kids, right before we learned that repeating those select words can get us either in trouble or in big trouble, depending on how chill our parents were at the time.

These not-safe-for-work words can mean big fines or worse for American broadcasters. A classic bit about profanity by the great George Carlin, it should be noted, led to an actual Supreme Court case.

But despite the best efforts of our parents, the clergy and even the -ing Federal Communications Commission, profanity has never been more popular.

That’s according to a new survey of 1,500 people in 30 U.S. cities by the language-tutoring website Preply. It found that those surveyed swear an average of 21 times a day.

There is some variance in how R-rated U.S. cities are. The least-“cursey” places are none other than Phoenix, Arizona, and Portland, Oregon, with residents there swearing an average of 14 times a day.

D.C., of course, is among the places that use the naughty words more frequently than not. It’s tied for No. 6 overall, with residents averaging 22 swears a day. (One assumes that average is somewhat higher during football season.)

Preply also unearthed some information that most us probably suspected already: An overwhelming majority of Americans, 69%, said they are likely to swear in the workplace.

The survey even asked respondents what causes them to say a swear and bring shame upon their parents. Accidentally hurting oneself topped the list, followed by expressing road rage, receiving bad news, making a joke, arguing with someone and, oddly, receiving good news.

If these numbers make you want to bemoan the general state of morality in 2022 America, consider this: Most of those surveyed (57%) say they go the “edited for television” route and use substitute swears.

Among the favorite substitutes cited by those surveyed:

You can learn more about the damn survey over on Preply’s website. 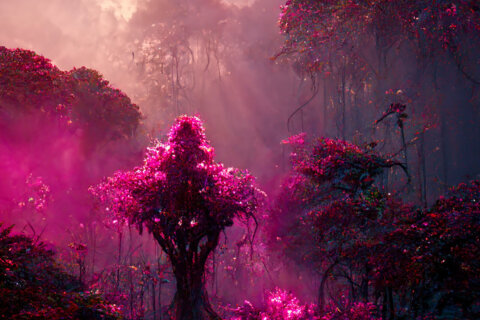