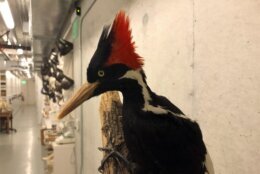 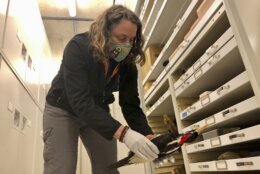 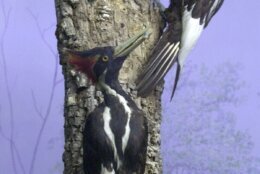 NEW ORLEANS (AP) — The federal government has been asked to consider at least two videos made in recent years as evidence that ivory-billed woodpeckers may still exist.

The U.S. Fish and Wildlife Service said in 2021 that it planned to declare 23 species extinct, including North America’s largest woodpecker — also dubbed the Lord God bird after an exclamation sometimes made by viewers.

In July, the agency said it was adding six months, including a month for public comment, before deciding whether to declare extinction for the black-bodied bird with black-and-white wings, a 30-inch (76-centimeter) wingspan and a call reminiscent of a bulb bicycle horn. What’s needed, the announcement said, was video or photos that all experts could agree showed the bird.

Two videos of black-and-white birds were submitted in July, along with extracts and extensive video presentations explaining why the contributors believe they show ivory-bills.

But the debate — so bitter that it prompted publication of a book last year about dozens of “thinking errors” on both sides — seems as heated as ever. A University of Kansas ornithologist called the videos laughable.

One is drone footage from a distance, showing a bird flying in front of trees and landing in one on Feb. 23, 2021.

“The landing sequence … made me almost shout, ‘Ivory-bill!’” Mark Michaels, founder of Project Principalis, a group created to search for live ivory-billed woodpeckers, told Fish and Wildlife officials in a video presentation made July 22 and posted Tuesday in the proposal’s public comment area.

Mark B. Robbins, ornithology collection manager at the University of Kansas Biodiversity Institute, said the video is so poor that it’s impossible to tell what is flying. “It could be anything,” he wrote in an email.

The other is closer, taken from a canoe, and shows a bird crossing part of a swamp and then flying away on Oct. 17, 2020.

“Although my sighting only lasted 9.8 seconds, it was unmistakable,” said Bobby Harrison, a retired associate professor of photography at Oakwood University, in Huntsville, Alabama, and self-described “independent ivory-bill searcher.”

He noted that the bird in his video flaps its wings much faster than the lookalike pileated woodpecker, and that it flew about 500 feet (150 meters) during the brief time he watched it. That speed, which he estimated at 35 mph (55 km/h), and its color pattern identified it, Harrison said.

“It is quite clear the bird that they are calling an Ivory-billed is a Wood Duck,” Robbins wrote, adding that pausing a slow-motion video shows that it has a white belly.

The frame in question more likely shows a wing in front of the body, and the submitted video shows more detail than the compressed version available online, said Tim Gallagher, former editor-in-chief of the Cornell Lab of Ornithology’s “Living Bird” magazine and co-presenter of the video. As a birder and bird photographer with 30 years of experience, Harrison knows what wood ducks look like, he said.

Gallagher and Harrison’s presentation to the agency, made July 18, was posted Monday, the closing day for the public comment period.

The last generally accepted sighting of an ivory-bill was in northeast Louisiana in 1944.

The Center for Biological Diversity, which has filed numerous lawsuits to get federal protection for animals and plants or to increase protection for those on endangered or threatened lists, supported a declaration of extinction in a letter dated July 16.

“We urge the Service to follow the best available science to the correct conclusion, finalize its proposed rule to delist the woodpecker based on extinction, and redouble its efforts so that no other species go extinct and suffer the fate of the Ivory-billed Woodpecker,” government affairs director Brett Hartl wrote.

The conservation nonprofit criticized a non-peer-reviewed paper contending that evidence indicates the bird still lives in Louisiana, including the photographs published as some of that evidence.

“To be blunt, there are better and more reliable photographs of Sasquatch floating around the internet than these images of this supposed Ivory-billed Woodpecker,” Hartl wrote.

The Cherokee Nation was among nearly 200 other groups and people commenting during three separate periods since Sept. 30, 2021.

The bird “is enshrined in our earliest, pre-contact symbology and their influence on our cultural activities remains to this day,” said a letter signed by Principal Chief Chuck Hoskin Jr. on Jan. 18.

“The Nation requests the Service to continue conservation and investigative efforts to assure the protection of any individuals remaining,” he wrote.

Follow AP coverage of climate and the environment: https://apnews.com/hub/climate.