Dome for Soldier Field? Panel says Chicago should explore it

CHICAGO (AP) — A panel appointed by Chicago Mayor Lori Lightfoot recommended the city explore enclosing Soldier Field, part of an effort to convince the NFL’s Chicago Bears to remain in their lakefront home rather than leave for the suburbs.

The panel also recommended expanding capacity of the stadium with the fewest seats in the NFL as well as installing synthetic turf and selling naming rights. Adding a roof or a dome might lure Super Bowls and Final Fours as well as more concerts.

“Although enclosing Soldier Field would incur significant investment, further analysis is required to fully understand the specific costs, the potential direct and indirect economic impacts, and the full range of potential funding sources available to determine options that are respectful to Chicago taxpayers,” the panel said.

The group’s work is part of a bigger proposal to transform a stretch of land that also includes the Field Museum, Shedd Aquarium, Adler Planetarium and McCormick Place lakefront building. It includes improved transportation and making the area more bike friendly.

The recommendations for Soldier Field could also be seen as an attempt by Lightfoot to deflect blame if the Bears leave.

The team signed a purchase agreement last year for a 326-acre site in suburban Arlington Heights, Ill., about 30 miles northwest of Soldier Field, that could be the site of a future stadium. President Ted Phillips has said that deal likely won’t close until early 2023, at which point the organization will decide whether it’s “financially feasible to try to develop it further.”

The Bears’ lease at Soldier Field — their home since 1971 — runs through 2033. The stadium owned by the Chicago Park District underwent a $690 million transformation in 2002 that forced the team to play home games at the University of Illinois in Champaign and ultimately led to the loss of its National Historic Landmark designation.

The interior was demolished, replaced by a flying saucer-like, glass-dominated structure cantilevered over the famous Greek and Romanesque colonnades. The clash of styles drew widespread criticism, and the renovation reduced seating for Bears games to 61,500, lowest in the NFL. 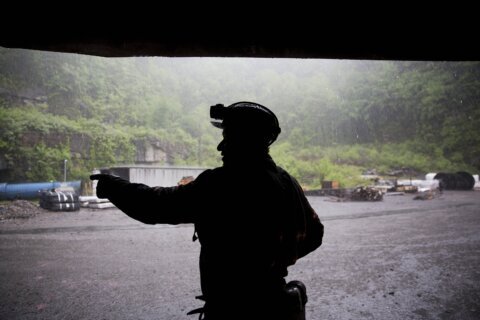