The first death in the “Mortal Kombat” reboot occurs less than three minutes in, which is actually pretty coy. This is a movie, after all, based on a video game where the point is bloody violence.

A katana slices a man vertically in half, triggering a burst of controlled murders. By the 6-minute mark we’ve seen seven more men cut to pieces, including one who has a sword slammed directly down through the top of his skull.

The clever use of a gardening trowel — likely not what the agricultural manufacturer initially intended — knocks off four more and then we’re off on a bloody tear for the next 110 minutes through history, legend and comprehension.

It may come as no surprise that “Mortal Kombat” swaggers when it comes to hand-to-hand combat: The effects are impressive, from the flips and slashes to the sound of blood gushing and the clunk of metal through bone.

But the acting is laughable, the dialogue may make you wish for your own quick dispatch and the plot — gobbledygook about strange dragon markings, chosen ones and other realms — only makes sense if you’re high. “I’ve spent years trying to figure out what it all means,” one character complains. Don’t waste your time.

Cherished fighters from the game are all here — Sonya Blade, Kano, Sub-Zero, Liu Kang, Kung Lao and Jax — interwoven into the story of a new character — Cole Young. He’s a struggling mixed martial arts fighter — really a “human punching bag” — who gets beat up for $200 a bout but has a super nice, well-adjusted family.

But Cole (Lewis Tan) has a mysterious dragon mark on his chest — “It’s not a birthmark!” he’s told — and soon learns what it means: “An ancient prophecy foretells” that a new group of fighting champions will mass and threaten order on Earthrealm, also known as, you know, Earth.

Simon McQuoid does a decent job on his feature directorial debut, giving us a constantly staggered hits of dopamine in the form of controlled violence. Screenwriters Dave Callaham and Greg Russo have a strong tendency to lean into ancient Asian mysticism (“There is much to learn”) and stilted medieval ones, too: “The prophecy is upon us!”

Australian actor Josh Lawson as the psycho Kano steals the movie with enough twisted humor to deserve his own franchise. “Hey, David Copperfield,” he says to Liu Kang after an impressive control of a fireball. Many of his lines seem gleefully ad-libbed and he stands out in a forest of stilted dialogue.

Anyway, Cole, Sonya Blade and Kano must train for a big showdown and find their inner fighting mojo. “The fate of Earthrealm is in our hands,” says Liu Kang. If they don’t win over enemies from out there (in the, uh, Outworld,) the whole human race will be enslaved. This film has equal parts “Karate Kid,” “X-Men,” “Indiana Jones” and more than a whiff of “Star Wars.”

Video game adaptations are famously hit or miss, and this franchise has been both. The first is well regarded while its sequel was widely panned. This new one is exactly what the doctor ordered if you’re a fan. And that’s because everyone onscreen needs a doctor.

“Mortal Kombat,” a New Line Cinema release, is released Friday and is rated R for strong bloody violence and language throughout, and some crude references. Running time: 110 minutes. two stars out of four. 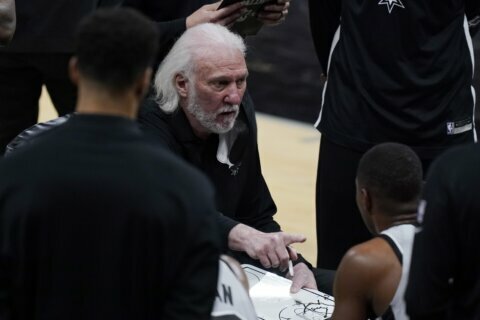 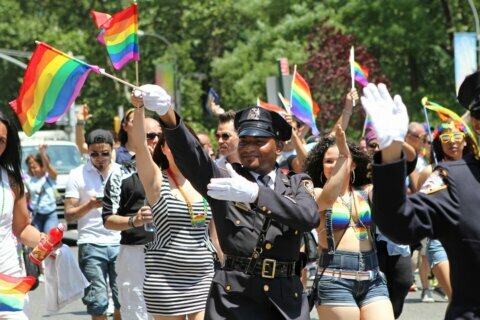