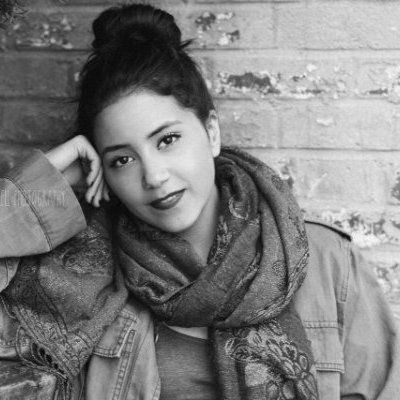 More and more plant "sanctuaries" are popping up in metropolitan areas where the lack of natural outdoor greenery compels residents to bring the outside in. But why the sudden popularity?
Listen now to WTOP News WTOP.com | Alexa | Google Home | WTOP App | 103.5 FM

WASHINGTON — If you’ve ever stumbled on a lush, green oasis in the middle of an urban dwelling, then you know the feeling of finding the city’s equivalent of a “diamond in the rough.”

Liz Vayda, owner of Baltimore’s B. Willow, wanted to bring that same feeling to Charm City when she opened her first brick-and-mortar store last year. The idea was to provide a new way for people to interact with nature without having to leave home.

“It is sort of a sanctuary in the middle of the city. The air is cleaner, the windows offer bright sun all day and you’re surrounded by calming green,” Vayda said.

“For many, getting outdoors is often scheduled rather than habitual or daily. It’s easy to find comfort in the predictability of indoor life. We wanted to provide meaningful, insightful and beneficial ways of experiencing nature on a frequent basis.”

And she is not the only one. More and more of these plant “sanctuaries” are popping up in metropolitan areas where the lack of natural outdoor greenery compels residents to bring the outside in. 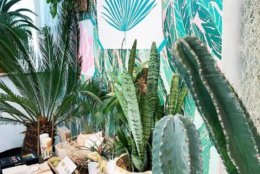 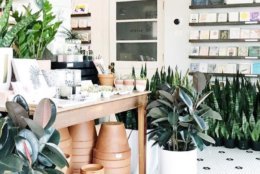 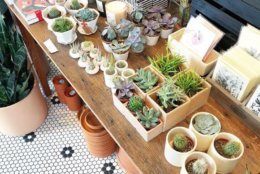 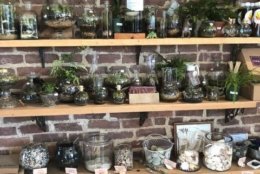 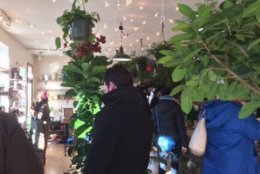 Take D.C.’s Little Leaf, for example. This super chic shop, from the owner of nearby retail store Salt & Sundry, is the marriage of pretty paper goods and bohemian plants species, both of which are making a resurgence in retail.

Nicole Laemers, director of experience and visual merchandising at Salt & Sundry, said the idea for Little Leaf stemmed from this newfound popularity.

“Paper goods have always been a favorite among our Salt & Sundry shoppers. We were constantly finding beautiful new stationery lines, but running out of room on our shelves,” Laemers said.

“At the same time, plants were making a serious comeback, and we loved the idea of creating a shop centered around plants and paper — two of our favorite things.”

So why the sudden popularity of these sunny, succulent-ridden shops? There are a couple reasons, including a growing interest in preserving green space and fostering environmental sustainability. Plus, it’s all about convenience and affordability.

“Nurseries have been around forever, but they’re not often in the middle of cities and hard to reach if you don’t have a car. Baltimore has some great nurseries just outside of the city, which are reachable through public transportation, but if you’re looking for somewhere easy to get to and within walking distance, it’s easier to stay in the city,” B. Willow’s Vayda said.

“I think B. Willow has been successful because we try to offer plants at all price points, from $3 to $300. We have something for everyone, and also try to support other small businesses and makers. We carry over 30 vendors in the shop, who make everything from tinctures, to fertilizer, to fine art.”

The ease of care also helps the case for cactuses, succulents and other trendy plants. Few require regular watering, but their presence adds a lot to a space.

And then there is the Instagram appeal. Shops such as B. Willow and Little Leaf provide a picturesque backdrop for a generation obsessed with social media-worthiness. Their branding embodies current lifestyle trends, and their social media accounts draw a following from individuals across the globe with similar interests.

Finally, many of these small businesses engage the local community with monthly events, hosted alongside other entrepreneurs, with do-it-yourself (DIY) classes.

And with the success of their most recent propagation class, Little Leaf is also looking to host more events, such as terrarium workshops and macramé classes in the upcoming months.

“Plants, as a whole, are having a moment right now. They were huge in the 1970s, and they’re definitely making a comeback. Anyone who lives in a city knows how difficult it can be to interact with nature on a daily basis, and naturally, people crave that interaction,” Vayda said.

Little Leaf’s Laemers added, “Plants breath life, beauty and oxygen into every space, and that never goes out of style.”