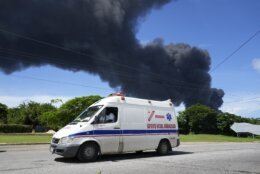 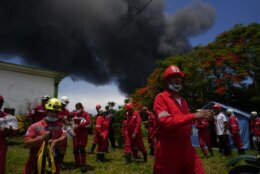 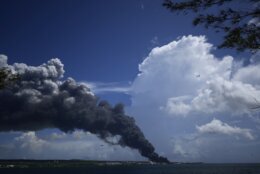 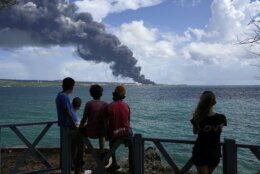 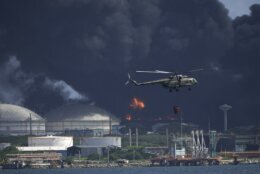 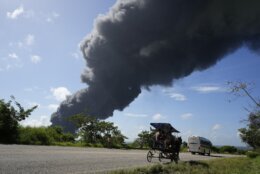 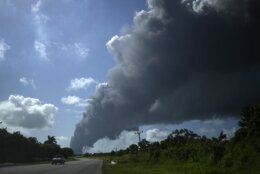 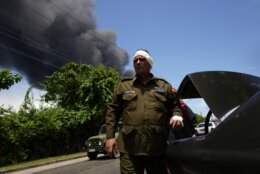 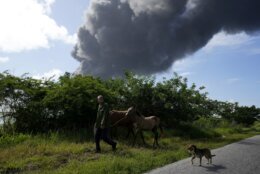 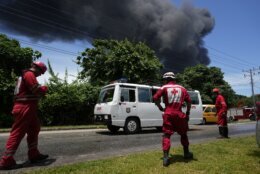 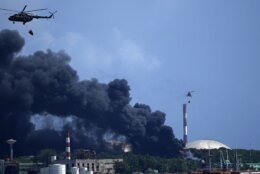 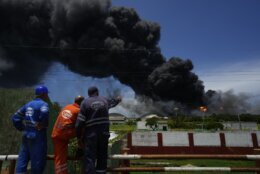 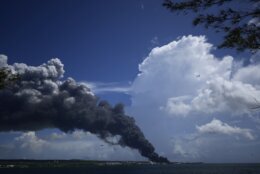 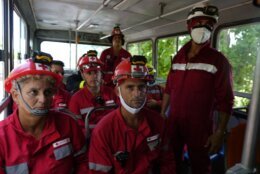 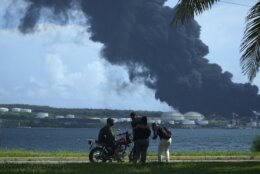 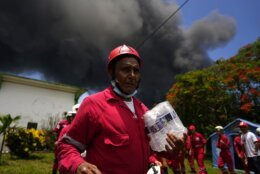 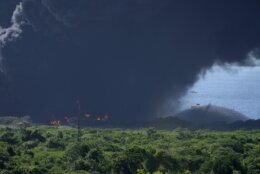 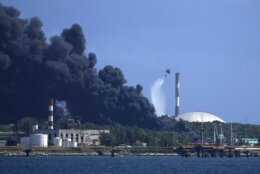 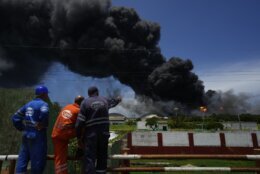 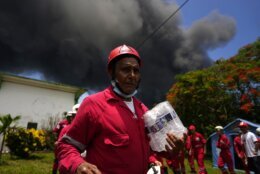 HAVANA (AP) — A fire set off by a lightning strike at an oil storage facility raged uncontrolled in the Cuban city of Matanzas, where four explosions and flames injured 121 people and left 17 firefighters missing. Cuban authorities said a unidentified body had been found late Saturday.

Firefighters and other specialists were still trying to quell the blaze at the Matanzas Supertanker Base, where the fire began during a thunderstorm Friday night, the Ministry of Energy and Mines tweeted. Authorities said about 800 people were evacuated from the Dubrocq neighborhood closest to the fire,

The government said it had asked for help from international experts in “friendly countries” with experience in the oil sector.

Deputy Foreign Minister Carlos Fernández de Cossío said the U.S. government had offered technical help to quell the blaze. On his Twitter account, he said the “proposal is in the hands of specialists for the due coordination.”

The official Cuban News Agency said lightning hit one tank, starting a fire, and the blaze later spread to a second tank. As military helicopters flew overhead dropping water on the blaze, dense column of black smoke billowed from the facility and spread westward more than 100 kilometers (62 miles) toward Havana.

Roberto de la Torre, head of fire operations in Matanzas, said firefighters were spraying water on intact tanks trying to keep them cool in hopes of preventing the fire from spreading.

Cuba’s Health Ministry reported that 121 people were injured with five of them in critical condition. The Presidency of the Republic said the 17 people missing were “firefighters who were in the nearest area trying to prevent the spread.”

Later Saturday, the Health Ministry said in a statement that a body had been found and officials were trying to identify it.

The accident comes as Cuba struggles with fuel shortages. There was no immediate word on how much oil had burned or was in danger at the storage facility, which has eight giant tanks that hold oil used to fuel electricity generating plants.

“I was in the gym when I felt the first explosion. A column of smoke and terrible fire rose through the skies,” resident Adiel Gonzalez told The Associated Press by phone. “The city has a strong smell of sulfur.”

He said some people also decided to leave the Versailles district, which is a little farther from the tank farm than Dubrocq.

Many ambulances, police and fire engines were seen in the streets of Matanzas, a city with about 140,000 inhabitants that is on Matnzas Bay.

Local meteorologist Elier Pila showed satellite images of the area with a dense plume of black smoke moving from the point of the fire westward and reaching east to Havana.