MEXICO CITY (AP) — Mexican workers have voted yet again for an independent union, this time in a city where border assembly plants have been largely dominated by old-guard unions.

A government labor board announced late Friday that employees at the Panasonic Automotive Systems factory in Reynosa, across the border from McAllen, Texas, voted overwhelmingly to be represented by a new union.

Employees at the maquiladora, as the plants are known, had long been represented by a union affiliated with the Confederation of Mexican Workers. That federation long kept wages low and signed contracts behind workers’ backs.

The Independent National Industrial Union of Mobility Services won 1,200 votes, to 390 for the old union.

A similar vote occurred in late February in another border city, Matamoros, where many of the indepedent union organizing battles have occurred. Employees at a U.S.-operated Tridonex auto parts assembly plant in Matamoros, across the border from Brownsville, Texas, overwhelmingly voted to have an independent union represent them.

Lawyer, labor activist and federal congresswoman Susana Prieto said this week’s vote was signficant because the movement had spread to Reynosa.

“This is very important. It’s Reynosa, not Matamoros,” said Prieto.

In Matamoros, labor battles began in 2019 with a mass strike by about 25,000 workers at 48 assembly plants in the border city. The movement won 20% pay raises at all 48 maquiladora factories in Matamoros. It also won a one-time bonus worth about $1,685 at current exchange rates.

Also in February, workers at a GM plant in the northern Mexico city of Silao voted to oust the old-guard Confederation of Mexican Workers and replace it with an independent union.

Such votes, while still scattered and few in number, could eventually stem the outflow of U.S. manufacturing jobs to Mexico, as it becomes harder for employers to guarantee low wages by signing “protection” contracts with the old-guard Mexican unions. Many Mexican workers make 10% to 15% of wages for similar jobs in the U.S.

Recent reforms in Mexican labor laws now stipulate that all employees have the right to decide which union will represent them by secret ballot votes. 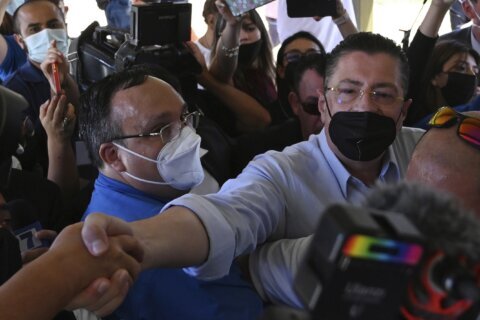