BRASILIA, Brazil (AP) — Brazilian President Jair Bolsonaro left the Armed Forces Hospital in Brasilia on Tuesday morning, his office said. Bolsonaro went there on Monday for tests and was under observation after feeling discomfort in his stomach.

Brazil’s president has been in and out of hospitals since he was stabbed in his abdomen at a campaign event before the 2018 elections. Bolsonaro has undergone seven surgeries since he became president in 2019.

His eldest son, Senator Flávio Bolsonaro, posted a message on Twitter on Monday attributing his father’s discomfort with the knife attack. 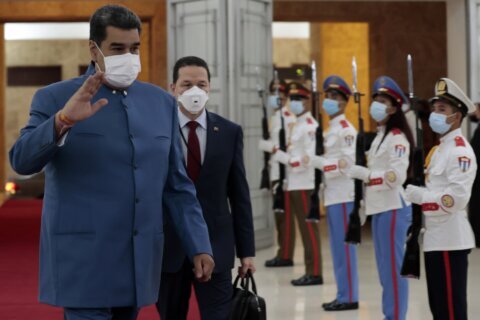