MEXICO CITY (AP) — A gathering of leaders from Latin America and the Caribbean this weekend in Mexico is the…
Listen now to WTOP News WTOP.com | Alexa | Google Home | WTOP App | 103.5 FM

MEXICO CITY (AP) — A gathering of leaders from Latin America and the Caribbean this weekend in Mexico is the latest sign of that country flexing its diplomatic muscle as it looks to assert itself as the new mediator between the region and the United States.

Whether or not Saturday’s meeting in Mexico City of the Community of Latin American and Caribbean States, or CELAC, culminates in a rumored mass exodus from the Organization of American States, Mexico has signaled that it wants a leadership role in Latin America after years of focusing almost exclusively on its bilateral relationship with the U.S.

It was precisely the closeness of that relationship that President Andrés Manuel López Obrador cited in July in proposing Mexico help the region open a dialogue with the U.S. government to reorient a relationship based on a 2-century-old model he said has no future.

Turning their backs on the United States was also not an option, López Obrador said. “It is time to express and explore another option: that of a dialogue with U.S. leaders and to convince and persuade them that a new relationship among the countries of America is possible.”

The president said Mexico’s proposal was for something closer to the model of the European Union. “In that spirit, you mustn’t rule out the substitution of the (Organization of American States) with a truly autonomous body, a lackey to no one,” he said.

Mexico was the organization’s president last year and its membership voted that Mexico continue in that role this year.

CELAC has only existed for 10 years and is more left-leaning, having remained on good terms with countries including Cuba, Venezuela and Nicaragua. Late Venezuelan President Hugo Chavez was one of its biggest proponents. But for long stretches, it did not even meet.

Unlike the OAS, the United States and Canada are not members, nor is Brazil, which withdrew in January 2020.

Mexico Foreign Affairs Secretary Marcelo Ebrard has been outspoken on the inequality and disparities in access to COVID-19 vaccines and CELAC became a vehicle for Mexico’s efforts on that subject.

Mexico pursued a multipronged strategy of direct purchases and participation in the multilateral efforts to obtain vaccine. But at the same time, Ebrard worked through CELAC to produce the AstraZeneca vaccine in the region — Argentina and Mexico — and distribute it here.

Late last month, Ebrard turned to the OAS. The organization, he said, “became out-of-date because the world changed,” he said.

“Goodbye OAS, in its interventionist, interfering and hegemonic sense,” Ebrard said to applause.

Hence the speculation that Mexico could lead other countries in leaving the OAS.

Along with its vaccine efforts in the region, Mexico has hosted a new round of dialogue between the Venezuelan government and that country’s opposition in Mexico City. López Obrador’s administration had resisted pressure to recognize opposition leader Juan Guaidó.

Venezuelan President Nicolás Maduro was one of the unexpected leaders who arrived late Friday in Mexico City for the meeting. This is his first trip outside Venezuela since the U.S. government indicted him on drug trafficking and terrorism charges in March 2020, and offered a reward of up to $15 million for him.

Mexico’s president has cooperated with both the Trump and Biden administrations on immigration, deploying Mexican security forces to try to contain migrants in southern Mexico and allowing the U.S. to return non-Mexican asylum seekers to await their cases in Mexico. López Obrador has asked the Biden administration to support the expansion of two of his signature social programs to Central America’s Northern Triangle to address the root causes of migration.

On Thursday, López Obrador hosted Cuban President Miguel Díaz-Canel and railed against the U.S. economic blockade of Cuba. Mexico recently sent ships with food, medicine and fuel to the island.

Ana Vanessa Cárdenas Zanatta, a political science professor at Monterrey Technological and Anahuac universities in Mexico City, said on one hand, Mexico’s move to take a greater role in Latin America is positive.

“For the first time this government is assuming a position in terms of foreign policy and Latin American leadership that had been demanded of Mexico many times and it had not responded to,” Cárdenas said.

But leaving the OAS would be a great risk, noting the organization has the membership and financial support of major economies like the U.S., Canada and Brazil, and still struggles financially. She said it is hard to imagine the CELAC being much more than a rhetorical and symbolic tool in the near future.

The debate was aired during an OAS meeting Friday.

“Of course the answer must be ‘no,’” she said. The OAS and CELAC can be complementary.

During the meeting, Mexico’s representative, Luz Elena Baños, criticized the OAS for its policy of “interference,” arguing the organization had deepened the political conflict between countries.

Rafael Elías Rojas, a professor of History at Mexico College and an expert in Latin American diplomacy, said Mexico is trying to lead.

“I don’t think it is improvised, they’ve been working for awhile,” Rojas said. But he expressed doubts due to how polarized the region is. “Since the fall of the Berlin Wall there has never been a moment so low for Latin Americanism.” 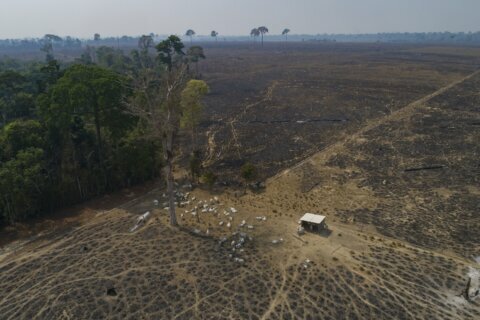