Walter Espinoza, director of the Judicial Investigation Organization, said it was one of the most impactful public corruption investigations ever.

With bribes ranging from vehicles to properties, cash and personal favors, a group of private companies ensured that public officials helped them win and pad government contracts, Espinoza said.

At 7 a.m. local time, teams of agents began carrying out 57 searches, 14 of them public institutions, including the offices of the president. The searches were aimed at collecting documentary evidence of crimes. Espinoza said authorities would try to arrest 32 people Monday, including 19 public officials, but that 40 more had been identified and cases were still being built against them.

One of the judicial orders was for the arrest of Camilo Saldarriaga, one of President Carlos Alvarado’s closest advisers.

Authorities calculated that the scheme created a budget deficit in the roads department of about $127 million between 2018 and 2020. The investigation focused on the National Roadway Council, which is part of the Public Works and Transportation Ministry.

The investigation began in 2019, after some people brought information to authorities showing that public officials were favoring a group of companies in contracting, Espinoza said. Among the companies allegedly involved are Constructora Meco and H. Solis, well-known in Costa Rica for winning government contracts.

Among the alleged crimes were bribery, embezzlement, irregular payments, influence peddling, misuse of funds and illegal association, he said. 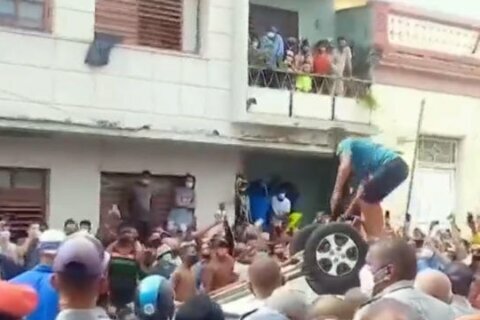