Colombia names new ambassador to US amid rights concerns

BOGOTA, Colombia (AP) — Colombia’s president named a new ambassador to Washington on Monday, as he tries to improve his nation’s image abroad and maintain bilateral programs with the U.S. that have been jeopardized by recent abuses against protesters.

President Iván Duque said that Juan Carlos Pinzón – who was defense minister from 2011 to 2015 — will be Colombia’s ambassador to the United States, where he is expected to begin his duties in August.

Pinzon, 49, had already been Colombia’s ambassador to Washington between 2015 and 2017, when Colombia’s government signed a peace deal with the Revolutionary Armed Forces of Colombia that was backed by the U.S. and ended five decades of internal conflict in the South American country.

But after leaving his post as ambassador, Pinzón became a critic of the peace deal, saying its terms were too lenient to rebel commanders who committed war crimes and that it gave strategic advantages to drug trafficking groups still operating in Colombia.

Pinzón ran for vice president unsuccessfully in 2018 with the conservative Radical Change party.

His appointment comes as violence against protesters tarnishes Colombia’s image in the U.S. and creates frictions with some U.S. members of congress. In May, a group of 55 members of the House of Representatives wrote a letter to Secretary of State Antony Blinken, in which they asked him to suspend aid to Colombia’s police and stop sales of riot gear until progress was made on human rights.

More than 50 people have been killed in antigovernment protests that began on April 28. According to Human Rights Watch, at least 20 of those deaths can be attributed to police officers who have shot at protesters with firearms or delivered fatal injuries with tear gas canisters.

Speaking Monday, Pinzon said he will work “across party lines” to improve the relationship with the United States.

He said reaching “consensus” on human rights issues will be on his agenda, but he also mentioned that he will work with the U.S. to fight drug trafficking groups, implement initiatives against climate change and try to find resources for programs that generate employment for Colombian youth.

Colombia received $350 million in U.S. military aid in 2020. Both countries have been working closely in recent years to isolate Venezuelan President Nicolás Maduro and bring about free elections in that country.

While relations between the U.S. and Colombia are still strong, they were recently blemished by the efforts of politicians from Duque’s party to back Donald Trump’s re-election in Florida in November, through campaigns that depicted Biden as a supporter of authoritarian regimes in Latin America. 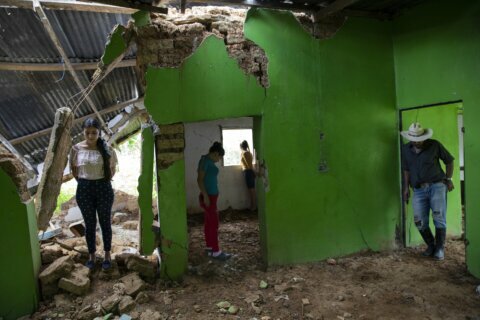 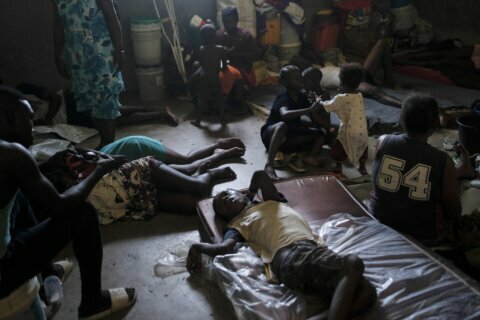