MEXICO CITY (AP) — Police in southern Mexico said Wednesday they stopped two passenger buses loaded with a total of 210 Central American migrants, a mass-smuggling tactic that had largely fallen into disuse after a government crackdown in 2014.

Federal prosecutors said eight suspected immigrant traffickers were detained aboard the buses in the southern state of Chiapas, near the border with Guatemala.

The vehicles were detected when they stopped at a toll booth, and the passengers could not show legal travel documents. Most of the migrants, 178, were from Guatemala.

In 2014, the government set up a series of checkpoints in southern Mexico to stop, board and inspect passenger buses.

After that, immigrant traffickers turned to cramming migrants into windowless truck freight containers, often hiding them under false cargo loads, or installing platforms to carry migrants stacked above each other.

During the migrant caravans of 2018 and 2019, Mexican authorities briefly tolerated the movement of migrants and in a few cases provided buses to avoid having them hop freight trucks. 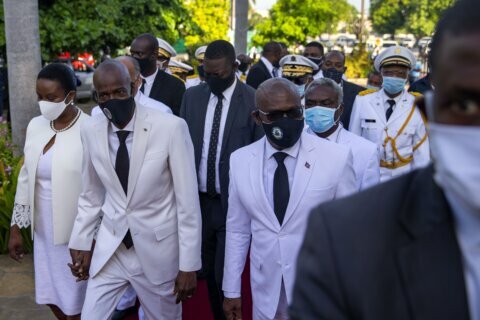