TEGUCIGALPA, Hondruas (AP) — Relatives buried the body Wednesday of a 26-year-old Honduran nursing student who died in a police cell hours after she was arrested for violating the pandemic curfew. The National Police initially suggested it had been a suicide, but authorities are now investigating it as a murder.

Keyla Patricia Martínez Rodríguez, a resident of the capital, had traveled to the western Honduras city of La Esperanza with a doctor friend to visit relatives. On Saturday night, police say she and the doctor were arrested for disturbing the peace and violating curfew. They were taken to the police station and placed in separate cells.

Honduras’ public safety ministry sent a statement saying that Martínez had been found in the cell with signs of suicide and taken to a health center where she was pronounced dead. But on Sunday the body was autopsied in Tegucigalpa and the government’s forensic medicine agency concluded the cause of death was strangulation. Government prosecutors announced they were investigating it as a murder.

On Wednesday, Martínez’s mother, Norma Rodríguez, demanded justice and called for assistance from international organizations, “because sadly, in our country you can’t trust anyone,” she told local news outlets.

“The people who should protect her, who have to protect us, killed her,” Rodríguez said.

Yuri Mora, spokesman for Honduras’ prosecutors’ office, said investigators had just requested that the seven police on duty that night be turned over to investigators. They have been in custody. Investigators were also seeking statements from others held in other cells that night.

No police had been formally charged yet, because the investigation was ongoing, Mora said. He noted that the autopsy had also revealed bruising around Martínez’s mouth that could have been caused by someone trying to silence her.

Alan Edgardo Argeñal, director of the police disciplinary affairs office, said in a news conference there would be no cover-up. “We want to clear up what really happened to give an explanation to the relatives and to the people, as well as formalize the accusations and apply disciplinary actions.”

Amnesty International in a statement Tuesday called for a thorough inquiry.

“The Honduran public prosecutor’s office must carry out a prompt, exhaustive, independent and impartial investigation into Keyla’s death, with a gender perspective and following the guidelines of international standards such as the Minnesota protocol, as this could be an extrajudicial execution at the hands of public officials,” said Amnesty’s Americas Director Erika Guevara-Rosas.

Merlin Eguigure, director of the Movement of Women for Peace, condemned Martínez’s murder.

“We also condemn the Security Secretariat for apparently protecting Keyla’s killers, because at the same time it happened they sent out a statement to give false information,” Eguigure said.

Similar to much of Latin America, Honduras suffers high levels of impunity in acts of violence, especially against women. Eguigure said the rate of impunity in cases of murdered women is around 96% to 97%.

“That shows the disinterest of Honduras’ government in addressing a such a serious problem,” she said.

On Tuesday morning, Lidia Majano, 34 was gunned down at her home, allegedly by a roommate. She was the seventh woman killed in the last three days. 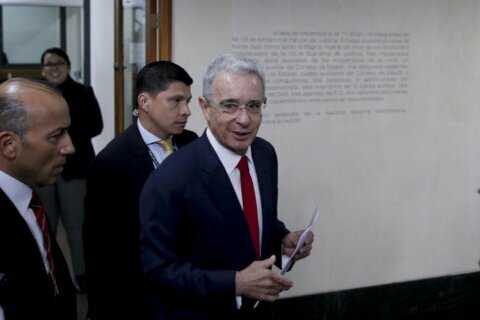