MEXICO CITY (AP) — Retired auditor Rafael Silva pours himself a cup of coffee and turns on his television at 7:00 a.m. each weekday morning to watch. Also in Mexico City, Amalia Meléndrez tunes in after her morning bath. Four thousand miles away in the United States, engineer Raúl Juárez connects to the internet no matter where he is —at home or in his car — to see the show they all wouldn’t miss for anything.

It’s not a Mexican soap opera — though its number of viewers rivals some — it’s the daily, marathon morning press conference that President Andrés Manuel López Obrador has given every weekday since he took office on Dec. 1, 2018. That’s over 500 opened-ended news conferences, sometimes lasting as long as three hours.

They are a platform for the president to relay information he says the media ignores or misrepresents. Others say they are propaganda venues López Obrador uses to attack his critics. They are undeniably a break with the past in a country where some presidents could go years without taking an unvetted question from a reporter.

“It’s my favorite series,” said Ana Errasti, an interpreter in Mexico City. “Any reporter can go up and directly question the president, and he shows his human side, without a script.”

While other officials sometimes speak, it is definitely a one-man show. López Obrador, 67, has never once left the stage, or even sat down, when others are speaking. And most of the time it is just him answering questions from reporters without pausing for so much as a sip of water.

“It’s nice to see the government’s strategy every day to take the wind out of the people who looted the country,” said Juárez, who has lived in the United States for 30 years.

López Obrador says his main objective is to end the long legacy of crippling corruption that drove many Mexicans to leave their country. Juárez, for one, is convinced. “With this man, it is going to end,” he says.

The president’s office estimates about 10 million people watch the program, known as “La Mañanera,” on an average day, but that number could not be confirmed.

“This has never been seen in Mexico before, and that is the part that has us hooked,” says Errasti.

In the morning talks, López Obrador has shown off the amulets he claims protect him from evil and the coronavirus. Sometimes his invited guests will tell Mexicans where to find the cheapest gasoline, or the president will show videos of the construction of his pet infrastructure projects. Some web-based reporters have become famous for showing up indefatigably every morning, sometimes wearing strange outfits, like one bald, bow-tie wearing journalist who calls himself “Lord Molecula,” “Lord Molecule” in English.

There have been moments of drama, for example, in 2020 when López Obrador said he personally made the decision – in one of the most criticized episodes of his term in office – to release a son of cartel leader Joaquín “El Chapo” Guzmán after cartel gunmen began an hours-long shootout in the city of Culiacan in 2019. He defended the decision, saying it likely saved hundreds of lives. He also put the defense secretary in front of the press just after the event to answer questions about the failed operation, a move unprecedented in Mexico.

“The president made it clear that he had to take this head-on,” said the president’s press representative, Jesús Ramírez. “If you don’t say something, other people will fill the space.”

When he was mayor of Mexico City from 2000 to 2005, López Obrador held similar press conferences, even earlier in the morning. Some have compared his use of media to reach out directly to people with Franklin Delano Roosevelt’s ‘fireside chats’ of the 1930s. The late Venezuelan President Hugo Chávez proved even more long-winded in his marathon “Alo Presidente” appearances starting in 1999.

“I think it is a very intelligent strategy on the president’s part to set the agenda and choose what topics are going to be the issue of debate,” said Clara Jusidman, who leads the civic group Incide Social. “He talks to his followers, to the people who believe in him and await his instructions, and that allows him to maintain a certain group cohesion.”

Milenio, a news outlet critical of the government, reported in November that the number of times “La Mañanera” was shared on the president’s official Facebook page tripled this year compared to 2019, with nearly 800,000 shares daily. Add to that more than 2 million subscribers on YouTube and others watching via other means and he has an audience rivaling some of the most popular soap operas.

But many note that while the president is long on chat, he is often short on facts. When his assertions and figures in the morning shows are challenged, one of his favorite sayings is “I have other data.”

Many are more amused than fascinated. Edgar Quiroz, sales manager at a structural steel firm in Mexico City’s suburbs, said his boss watches the morning show and he has learned to do a good imitation of López Obrador’s favorite phrases.

“When the boss comes in — he watches it every day — I say to him: ’How was the seven o’clock sermon today?’” says Quiroz. “I think he watches it more out of morbid interest because 70% of us here don’t agree with him (López Obrador), though there are times when you have to say, ‘That was good.’”

Though it looks free-wheeling, the morning conferences are carefully planned, says Ramírez.

“We look at the agenda, the political scene, the situation with the United States, what kind of spin the press is putting on it,” said Ramírez. “It all forms the basis of what answers we give, and how.”

“The president ends (the daily security Cabinet meeting) giving the instructions about what topics are going to be featured in the ‘Mañaneras’ and which aren’t,” he said.

But the president can be caustic, stony and insulting when asked about a newspaper article he disagrees with or about a reporter.

Jan-Albert Hootsen, the Mexico representative of the Committee to Protect Journalists, noted that the president uses the press conferences to attack critics more than provide information.

“The government is not performing the kind of direct censorship wielded by past governments, and that is positive,” Hootsen said, but the verbal attacks don’t help in a country where over 20 journalists have been murdered so far in López Obrador’s administration.

But with all the vast hours of verbiage, there is one topic López Obrador has largely ceded to his scientific advisers: the coronavirus pandemic. The president himself has largely refused to wear a face mask and has made contradictory statements about precautions Mexicans should take.

“It seems to me a waste not to have used the ‘Mañaneras’ as a space to provide clear advice,” said Jusidman, the civic group leader.

The lasting impact of “La Mañanera” is yet to be seen, but many have a hard time imagining a return to the distance between president and people that existed before. 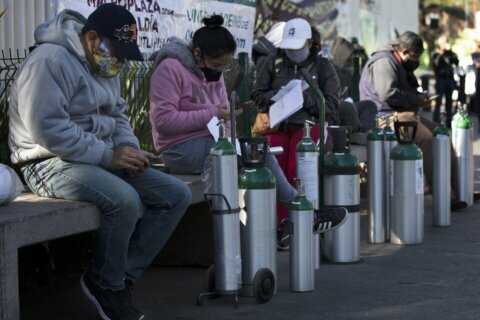