‘An honor to be here’ — Gov. Hogan pays tribute at funeral of Ellicott City flood hero

SEVERN, Md. — A large crowd, filled with military service members in uniform, gathered Thursday morning to honor a man who is being called a hero for what he did during last month’s flash flooding in Ellicott City.

Staff Sgt. Eddison “Eddie” Hermond, a 39-year-old Maryland National Guardsman, died in the severe weather while helping others. He was swept away as he tried to rescue a woman who was trapped in the middle of rising floodwaters May 27; his body was later found in the Patapsco River.

“It is truly an honor to be here on behalf of all the people in Maryland,” said Gov. Larry Hogan at a funeral service at The Church at Severn Run, in Severn, Maryland. “Those who know him best say that this final act of heroism came at the end of a life which was full of brave and selfless acts.”

Hermond, an Air Force veteran, was well known in the community.

Along with serving in the Maryland National Guard, he was active in the restaurant scene, managing the Victoria Gastro Pub in nearby Columbia.

“He spent the greater part of his life serving his country, his state and his community,” Hogan said.  “The memory of Eddie Hermond will forever live on through his family and the countless people whose lives he touched.”

“What he did on May 27 actually makes the word hero even seem inadequate,” Kittleman said. “Sergeant Hermond was in a safe location. He saw others in harm’s way and he rushed to help. His action will never be forgotten.”

In a statement, Hermond’s family said, “We are confident that his light will shine on.”

After the funeral service, Hermond was laid to rest at Maryland Veterans Cemetery in Crownsville. 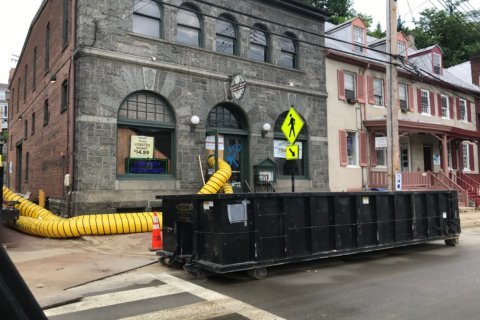 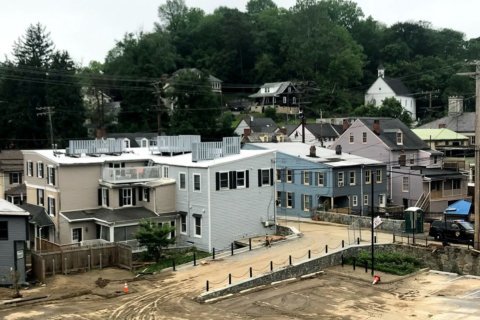