Research: After smoking cannabis, people may have false sense of driving safety

When heavy cannabis smokers get high, they may feel they can drive unimpaired 90 minutes later. But a small study by University of California San Diego researchers shows driving skills don't return to normal for most people until about 3.5 to 4.5 hours later.
Listen now to WTOP News WTOP.com | Alexa | Google Home | WTOP App | 103.5 FM

When heavy cannabis smokers get high, they may feel they can drive unimpaired 90 minutes later. But a study by University of California San Diego researchers shows driving skills don’t return to normal for most people until about 3.5 to 4.5 hours later.

“Users should be aware that their perception of impairment doesn’t always map well onto their actual performance, especially a couple of hours after smoking,” Thomas D. Marcotte, the co-director of the Center for Medicinal Cannabis Research, said.

“So, by 4 1/2 hours, people were right back to baseline. They were doing the same as the placebo group. At about 3 1/2 hours, we were seeing improvement in performance,” he said.

The Driving Performance and Cannabis Users’ Perception of Safety study published in JAMA Psychiatry covered topics connected to a discussion on Cannabis at Preventive Medicine 2022. It involved 191 regular cannabis users who smoked either a placebo or cannabis with THC concentrations of 5.9% or 13.4%. They were then monitored while using driving simulators.

Of people who did not smoke placebos, about half felt too high to drive safely initially, but thought they were OK after about 1 1/2 hours. Marcotte said he believes that translates into an important public safety message.

“You need to be very cautious about interpreting your own level of highness, especially in those first couple of hours,” Marcotte said.

Another finding from the study is that the THC concentration of the cannabis that people in the study smoked didn’t affect how high they got. They were invited to smoke however much they wanted to feel high before getting into the driving simulator, and people ingesting more potent cannabis smoked less than those given stuff less concentrated.

“Users who are regular users should not believe that because they can handle more cannabis than the other person that they’re necessarily less impaired because they may offset that by using more,” Marcotte said.

“Alcohol has a nice linear relationship. The more you drink … the more alcohol is in your blood,  and the more impaired you’re likely to be,” Marcotte said. “THC is very different in that it gets into your blood and then disperses very quickly into the other parts of your body. It has an attraction to fat cells. So it goes to your brain, etc. And within that first hour, about 90% is out your blood.”

Because there’s no correlation between THC levels that are detectable and driving performance, law enforcement officers trying to determine whether drivers are impaired from cannabis will need to rely on observational skills or agility-related roadside tests. And that presents another challenge because people who are high might not display altered behavior.

“Another really interesting finding was that people who have a lot of experience with cannabis and were the heavier users ingested more and had more THC in their blood, but did no worse (in the simulator) than people who had less THC. So that indicates that they have behavioral tolerance; they’ve used a lot and they can handle more THC in their system,” Marcotte said.

The researchers don’t know how well their findings translate into things such as edibles, drinks or topicals. Those items can’t be studied; they’re not available for research because of federal prohibitions 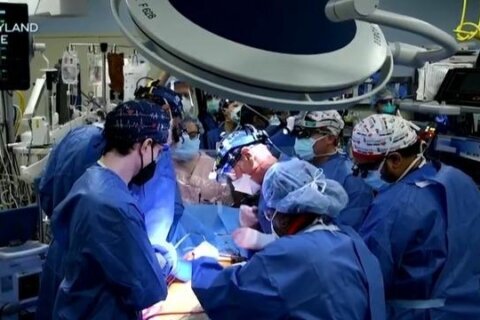 First FDA-approved drug for vitiligo is a ‘game changer’