The cherry blossoms’ peak bloom is underway on the National Mall. It rarely arrives this early, but it reflects a trend that’s affecting people with seasonal allergies.

“We have noticed over the last decade or so that there is an overall lengthening in the pollen season,” said Dr. Kara Wada, an allergist and immunologist at The Ohio State University Wexner Medical Center.

“I’m seeing a lot of patients who for the first time in their lives are having more significant symptoms,” she said. Even if they don’t have actual allergic responses, “They are still having irritant response because there’s so much particulate matter in the air.”

She likens conditions to walking into a smoky bar or a saw mill.

COVID-19 masks can block pollen, she said. Allergy sufferers can benefit from masking up on bad pollen days when outdoors — or even inside when vacuuming or deep cleaning, if they have a significant dust allergy.

“Certainly, incorporating use of masks is something that is a little more acceptable currently than it was in years past,” she said.

Wada recommends minimizing exposure within reason and using medications that are effective and well-tolerated. She also said people should consider immunotherapy.

There are new developments there: Treatments approved by the Food and Drug Administration can cause immune systems to ignore allergens, instead of working to fight them off. The treatments are tablet-based and don’t involve needles.

“And increasingly, allergists are offering a liquid-based option that you place under the tongue as well,” Wada said. “These are newer options that are out there that may be better tolerated for some individuals, depending on their symptoms and their other health conditions they may suffer from.”

More people are also embracing traditional therapies such as saltwater nasal rinses, which have been used for centuries.

“Modern society is just kind of catching on to using things like neti pots,” she said.

People accustomed to using over-the-counter medications such as Zyrtec or Allegra during allergy season might be starting the regimen too late in the season to get the best effect.

“More often, what’s happening is that the actual disease process, the allergies, are getting worse, and the medications aren’t working as well for that reason,” Wada said.

Using the medications a few weeks before pollen counts get bad can prevent allergy cells from triggering inflammation.

“I like to think of inflammation as a fire. If you can keep that fire under control, or just smoldering, it is much easier to put that out as opposed to when it’s a four-alarm fire and you’re needing to call in fire departments from other districts,” Wada said. 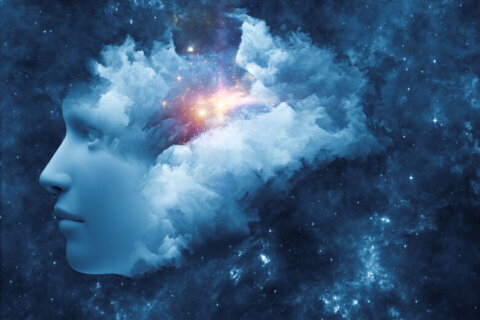