With the election over, here are ways to take care of yourself, and your community

No matter where you fall on the political spectrum, it's time to take a time-out and give yourself and your community a little TLC.
Listen now to WTOP News WTOP.com | Alexa | Google Home | WTOP App | 103.5 FM

As we wake up to a presidential winner and a current President vowing to fight the results, there is one thing we can all agree on — it has been a long, hard-fought path to the White House.

We’re weary, perhaps even bruised and battered, maybe concerned about what the next few weeks will bring to a nation that is bitterly divided.

Before you decide what to do next, pause for a moment. Know that tired brains don’t work well. When you’re sleep deprived, your metabolism slows down, sending less blood flow to such frontal-lobe executive functions as creativity, compassion, emotional regulation, the ability to handle conflicting perspectives and rational judgment.

It’s time for a time-out — a respite — a breather — and some self-care for ourselves and our communities. Here are six science-backed ways to give ourselves a break.

No matter who you voted for, take time to center and calm yourself with some deep, slow breaths. Deep breathing realigns the stressed-out part of our bodies, called the sympathetic system, with the parasympathetic, or “rest-and-restore” system, explained stress management expert Dr. Cynthia Ackrill, an editor for Contentment magazine, produced by the American Institute of Stress.

“Anytime you intentionally bring your attention to your breath and slow it down, you’ve already done a good thing,” Ackrill said. “It gives you that pause where you begin to realize that you are separate from what’s happening to you, and you can choose a response instead of just a primal reaction.”

You could also try deep breathing in through the nose and out through the nose, as is done in yoga and meditation. This focused breathing elicits a “relaxation response,” tapping the parasympathetic nervous system in as little as 90 seconds, according to CNN fitness expert Dana Santas, a certified strength and conditioning specialist and mind-body coach in professional sports.

2. Step away from the keyboard

“Take a break from social media and take care of yourself. New ideas and positive energy do not stem from a weary mind,” said Dr. Tania Maria Caballero, an assistant professor of pediatrics at Johns Hopkins University School of Medicine.

If your “tribe” on social media is supportive, that’s one thing. But all too often tensions flare when we can hide behind a keyboard on our computer or smartphone, experts say.

Americans love to win and hate to lose. It can be easy to fill our feeds with celebrations that may not be welcome to loved ones and friends that don’t agree with us politically.

“When I think about others’ expressions of anger, especially on a virtual platform, I remind myself that in order to have a flame from a spark, you need to add more sparks. If you do not fuel the angry spark, you cannot start a fire,” Caballero said.

While many supporters of President-elect Joe Biden and Vice President-elect Kamala Harris are exhaling a joyous whoop of victory, Trump’s supporters may be angry, frustrated or sad at his loss and looking to the courts to address their concerns.

No matter your feelings about the outcome of this battle, it’s time to practice kindness, experts say.

“I would encourage folks to reflect on their values, particularly empathy,” said clinical psychologist Vaile Wright, the senior director for health care innovation at the American Psychological Association.

“Put yourself in the other person’s shoes, and how you would want to be treated if you’re on the losing side … which is hopefully with some graciousness,” Wright said.

No matter who’s on the winning side, Tania Israel hopes that “the supporters of the other side feel some compassion for people who are then going to be hugely disappointed.”

“To make our democracy work, we really need to be engaged with each other,” said Israel, professor of counseling, clinical and school psychology at the University of California, Santa Barbara, and author of “Beyond Your Bubble: How to Connect Across the Political Divide: Skills and Strategies for Conversations That Work.”

People need “to find ways of listening to each other and connecting and working together,” Israel said. “I hope that we will take those opportunities.”

Neuroscientist Richard Davidson, a professor of psychiatry at the University of Wisconsin-Madison and the founder and director of the Center for Healthy Minds, has helped create a series of meditative soundtracks to cope with the anxiety and divisive nature of the election.

“In this practice, we’re going to work with a tension we often feel with people who have views and beliefs that are different from ours,” starts one soundtrack called “Healing Division.” It was created by the Center’s nonprofit organization HealthyMinds Innovations, along with a second entitled “Dealing with Election Anxiety.”

“When we let this sense of division fester, it undermines our well-being and also keeps us from being able to empathize with their experience,” the soundtrack continues. “Here we’ll learn to shift our perspective so we’re more open to where they’re coming from.”

If you had to choose just one thing to do to better your mental and physical health, choose to exercise on a regular basis.

Scientists believe exercise increases blood circulation to the brain, especially areas like the amygdala and hippocampus — which both have roles in controlling motivation, mood and response to stress. For one thing, it releases endorphins, the body’s feel-good hormones.

Numerous studies show the biggest benefits come from rhythmic exercises, which get your blood pumping in major muscle groups. Those include running, swimming, cycling and walking. Do the exercise for 15 to 30 minutes at least three times a week over a 10-week period or longer at low to moderate intensity.

There is another benefit of exercise — it will improve your sleep quality, one of the best things you can do to ease stress and boost your mood. In turn, better snoozing will protect your heart, improve your brain function and reduce your desire to snack.

It’s not just about sleeping longer, either. You’re trying to give your body time to go through enough sleep cycles to repair itself, which means going from light sleep to deep and back again. Set yourself up for success by developing good sleep habits that will train your brain for restorative sleep. 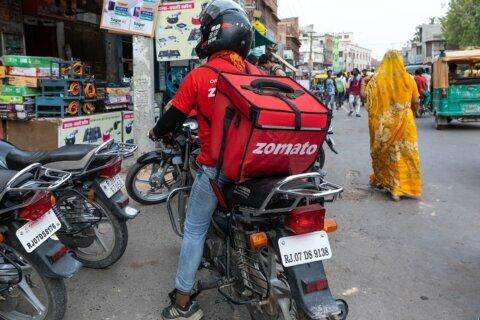