Here is what's being done to find out more about acute flaccid myelitis, a "polio-like" infection that has been affecting children.
Listen now to WTOP News WTOP.com | Alexa | Google Home | WTOP App | 103.5 FM

Since 2014, there have been 587 confirmed cases of acute flaccid myelitis or AFM, according to the Centers for Disease Control and Prevention; and most of the patients have been young children.

Initially, symptoms may include coughs and sniffles. In addition, there are often reports of muscle weakness, with parents saying that their children are suddenly rendered immobile.

The CDC urges parents who observe symptoms such as loss of muscle tone and reflexes or drooping facial muscles, to seek immediate medical attention.

The condition itself is not new, but Dr. Anthony Fauci, director of the National Institute of Allergy and Infectious Diseases at the National Institutes of Health in Bethesda, Maryland, said, “What is new about all of this, is that beginning in 2014, and oddly, occurring every other year — 2014, 2016 and 2018 — there have been an unusual cluster of cases,” with 90% of those cases affecting young children.

“It has been something that has been circumstantially associated with a particular type of infection that is a ‘polio-like’ infection,” but Fauci said it is not polio.

The definitive proof of the relationship between getting the infection and then developing an abrupt onset of AFM is puzzling, but Fauci said, “We’re really circling in on the evidence of what the particular viral agent might be.”

Fauci said the NIH has begun a network study at the University of Alabama at Birmingham, to get a better feel for what he called “the natural history” of the association of prior infection and the onset of AFM.

“We have some strong circumstantial and some recent laboratory data pointing toward a particular type of virus,” Fauci said. “The one that seems to be the most suspicious is a thing called enterovirus D-68.”

It is likely not the only virus to be associated with AFM, but it is the “strongest contender,” he said.

There is no specific treatment for AFM, and brain and spinal cord illness specialists recommend certain interventions, such as physical or occupational therapy, on a case-by-case basis.

“It’s a terrible situation for a child to have a neurological impairment like that. There’s really not much you can do but encourage them and try to make available the type of rehabilitation and physical therapy that might return some of the functions,” Fauci said.

He said that some vaccines are being developed for this rare illness that affects one in a million people.

“Unfortunately for the person and the family that’s afflicted, it doesn’t matter how rare it is when it’s your child.” 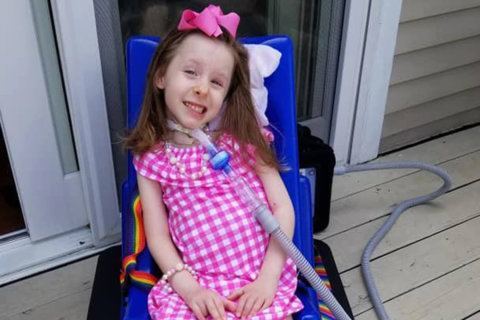 US health officials alarmed by paralyzing illness in kids