WASHINGTON (AP) — House investigators reported Thursday that a federal contractor that provided identity verification services for the Internal Revenue Service exaggerated the amount of money being lost to pandemic fraud in an apparent attempt to increase demand for its product and that it also overstated its capacity to provide services.

The investigation of ID.me, which uses facial recognition to verify identities in some cases, was launched in April after critics of the software company said it could be a target of cyberthreats and presented privacy concerns. Other advocates were critical of a private company taking on what should be a core government task of verifying people’s identities to receive benefits.

The report found that in 14 states that contracted with ID.me for identity verification services — including California, Texas, and Florida — wait times for ID.me video chats reached an average of more than four hours, though the firm claimed it answered calls in far less time, potentially delaying pandemic relief funds to millions of Americans.

The report said ID.me asserted that there were significantly higher levels of pandemic fraud compared to other assessments that were based on expert analysis in an apparent effort to boost interest in its services.

The committees cited ID.me CEO Blake Hall’s assertion that “America has lost more than $400 billion to fraudulent claims,” though the Department of Labor’s Office of Inspector General has identified $45.7 billion in potential unemployment fraud.

Terry Neal, a spokesperson for ID.me, said “calling ID.me’s estimate too high or baseless is premature and we welcome additional oversight on this important matter.” Neal pointed to statements from officials in five states, including California, that credit ID.me with helping to prevent billions in fraud.

The report was commissioned by the House Select Subcommittee on the Coronavirus Crisis and the Committee on Oversight and Reform after privacy advocates and lawmakers made calls for the company to be investigated.

“It is deeply disappointing that a company that received tens of millions in taxpayer dollars to help Americans obtain these benefits may have hurt their ability to access that critical relief,” said Rep. Jim Clyburn, D-S.C., who chairs the coronavirus crisis subcommittee.

Rep. Carolyn Maloney, D-N.Y, who chairs the oversight committee, said she was “deeply concerned about ID.me providing inaccurate information to federal agencies in order to be awarded millions of dollars in contracts.”

Neal said “we regret the long wait times that individuals endured while we fought to clear fraud out of the system. This situation was short-lived and temporary and caused by historic fraud.”

“Excluding specific episodes, wait times have generally been below 30 minutes as they are today,” Neal said.

Earlier this year, the IRS announced it would suspend its use of ID.me’s facial recognition technology to authenticate people who create online accounts after the practice was criticized by privacy advocates and lawmakers.

Critics of the company, including the American Civil Liberties Union, have said outsourcing a core government function creates privacy problems. 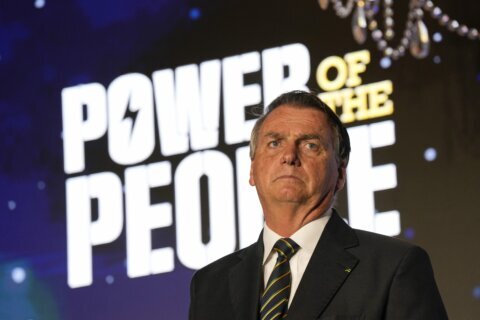