The prosecutor who's investigating whether former President Donald Trump and his allies illegally tried to interfere in the 2020 election in Georgia cannot question a lawmaker who signed a certificate falsely stating that Trump won the state, a judge ruled Monday.
Listen now to WTOP News WTOP.com | Alexa | Google Home | WTOP App | 103.5 FM

ATLANTA (AP) — The prosecutor who’s investigating whether former President Donald Trump and his allies illegally tried to interfere in the 2020 election in Georgia cannot question a lawmaker who signed a certificate falsely stating that Trump won the state, a judge ruled Monday.

Superior Court Judge Robert McBurney agreed with Republican state Sen. Burt Jones that Fulton County District Attorney Fani Willis had a conflict of interest because she hosted a fundraiser last month for Jones’ Democratic opponent in November’s election for lieutenant governor. McBurney said during a hearing last week that Willis’ decision to host the fundraiser was “a ‘What are you thinking?’” moment with “horrible” optics.

Willis can still ask other witnesses about Jones, the judge said, but will not be able to bring charges against him. It is now up to the Prosecuting Attorneys’ Council of Georgia, a nonpartisan association of Georgia district attorneys, to appoint another prosecutor to determine whether any charges should be brought against Jones, one of 16 Georgia Republicans who signed the certificate falsely asserting Trump won the state and claimed to be the state’s “duly elected and qualified” electors, McBurney wrote.

“Today’s ruling is a huge win for our campaign — but more importantly, for due process and the rule of law in Georgia,” Jones said in an emailed statement.

The judge’s decision disqualifying Willis from questioning Jones likely has no real bearing on the future of Willis’ overarching investigation into what she has called “a multi-state, coordinated plan” by Trump’s campaign to influence the results of the 2020 election. But it served as a rebuke of Willis and provided ammunition to her critics who have accused her of pursuing a politically motivated case.

A number of high-ranking state officials have already been questioned before the special grand jury investigating the case. Willis is also seeking to compel testimony from some close Trump associates, including U.S. Sen. Lindsey Graham of South Carolina, as well as state lawmakers and the 15 other Republicans who served as fake electors. Rudy Giuliani, the Trump attorney and former New York mayor, has been ordered to testify next month.

In other developments in the case Monday, a federal judge in Georgia said she would not quash a subpoena to compel testimony from U.S. Rep. Jody Hice, who was among the GOP lawmakers who attended a December 2020 meeting at the White House in which Trump allies discussed various ways to overturn Joe Biden’s victory.

And Georgia Gov. Brian Kemp, a Republican, was scheduled to appear at Willis’ office on Monday to record video testimony to be shown to the special grand jury. In early December 2020, Trump called Kemp and urged him to order a special legislative session to appoint electors who would vote for Trump. Kemp has said Trump also asked him to order an audit of signatures on absentee ballot envelopes.

Meanwhile, speaking at a news conference Monday in Greenville, South Carolina, Graham said he would continue to fight efforts to subpoena him in the investigation. Willis has indicated she wants to question him about phone calls he made to the Georgia secretary of state.

“I think this is a constitutional overreach, and I’m confident the courts will take care of it,” Graham said.

In ruling for Jones on Monday, McBurney said that Willis was within her rights to host the fundraiser but that her decision “has consequences.”

“She has bestowed her office’s imprimatur upon Senator Jones’s opponent. And since then, she has publicly (in her pleadings) labeled Senator Jones a ‘target’ of the grand jury’s investigation,” the judge wrote. “This scenario creates a plain — and actual and untenable — conflict. Any decision the District Attorney makes about Senator Jones in connection with the grand jury investigation is necessarily infected by it.”

The order says Willis and her team cannot subpoena Jones or seek to obtain any records from him, may not publicly categorize him as a subject or target of the special grand jury’s investigation and may not ask the special grand jury to include any recommendations about him in its final report.

Pete Skandalakis, executive director of the Prosecuting Attorneys’ Council, said that since the special grand jury can’t issue criminal indictments it may be premature to appoint another prosecutor to handle the matter. His office is reviewing the order and case law and will make a decision at the appropriate time, he said in a statement.

McBurney denied a request from 11 of the other people who signed the false electoral certificate to disqualify Willis from matters regarding them and also declined to quash subpoenas for them.

In Hice’s failed bid to avoid testifying, he argued that any actions he took to investigate “alleged irregularities” in the election were within his authority as a member of Congress and are shielded by the U.S. Constitution from any legal proceedings and inquiry. He also cited a doctrine that excludes high-ranking officials from having to testify.

The judge in his case, U.S. District Judge Leigh Martin May, said she would send the matter back to Fulton County Superior Court and instruct the parties to come up with a process to handle objections by Hice on the basis of those federal principles. If disagreements arise that they can’t settle, Hice can bring the federal issues back to her to settle, she said.

Hice will leave office in January after an unsuccessful campaign, backed by Trump, to unseat Secretary of State Brad Raffensperger, who rejected the then-president’s entreaties to “find” 11,870 votes — enough to beat Biden in Georgia by one vote. 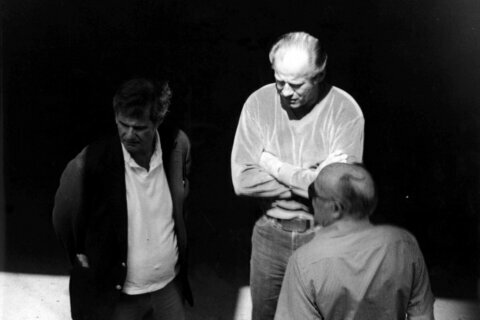 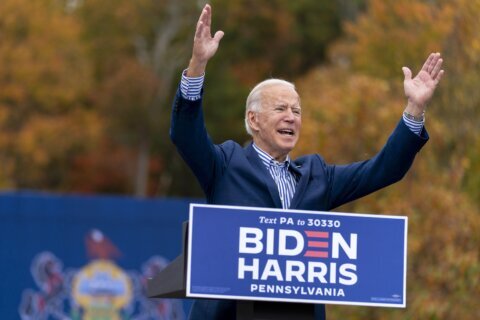