WASHINGTON (AP) — President Joe Biden has decided to travel to Saudi Arabia in the coming weeks and is expected to meet with the kingdom’s crown prince, whom he once shunned for his brutality. It’s a visit that is coming together as OPEC+ announced Thursday it will pump more oil amid skyrocketing energy costs around the globe.

Biden’s first trip to the Saudi kingdom as president is likely to occur later this month but details have not been finalized, a person familiar with the planning told The Associated Press.

The White House on Thursday praised Saudi Arabia for its role securing an OPEC+ pledge to pump more oil and the president himself lauded the Saudis for agreeing to a cease-fire extension in its eight-year old war with Yemen that was also announced Thursday.

“Saudi Arabia demonstrated courageous leadership by taking initiatives early on to endorse and implement terms of the U.N.-led truce,” Biden said in a statement after the 60-day extension of the cease fire was announced.

Those warm words mark a sharp contrast with some of Biden’s earlier rhetoric about the oil-rich kingdom. As a candidate, he pledged to treat the Saudis as a “pariah” for the 2018 killing and dismemberment of U.S.-based journalist Jamal Khashoggi, a critic of Crown Prince Mohammed bin Salman’s brutal ways. U.S. intelligence officials determined that the Saudi crown prince likely approved the killing of the journalist.

Biden administration officials have been working behind the scenes to repair relations, discussing shared strategic interests in security and oil with their Saudi counterparts. The effort has played out as the fallout from the invasion of Ukraine by Russia, the world’s No. 2 crude exporter after Saudi Arabia, and a Saudi-Russian brokered cap on oil production have raised crude prices and sent prices Americans pay at the pump to record highs.

Appeals from the U.S. and its allies for the OPEC+ group — OPEC nations plus Russia — to boost production more appeared to bear results Thursday. OPEC nations announced they would raise production by 648,000 barrels per day in July and August, offering modest relief for a struggling global economy.

The increase did not appear to ease concerns about tight supply. Oil prices rose after OPEC+ announced the increase.

In a statement, White House press secretary Karine Jean-Pierre acknowledged what she said was Saudi Arabia’s role “in achieving consensus” within the oil producers’ bloc. She thanked the United Arab Emirates, Kuwait and Iraq as well.

Jean-Pierre also directly cited “the leadership of King Salman and the Crown Prince” in Thursday’s announcement of an extended U.N. cease-fire in Yemen, where Saudi-led forces have led an unsuccessful war to rout that country’s Houthi rebels.

The White House is weighing a Biden visit that would also include a meeting of the leaders of the Gulf Cooperation Council countries — Bahrain, Kuwait, Oman, Qatar, Saudi Arabia and United Arab Emirates — as well as Egypt, Iraq and Jordan, according to the person familiar with White House planning, who spoke on the condition of anonymity to discuss the yet-to-be finalized trip.

Biden would be expected to meet with Prince Mohammed during the visit, according to the person.

Such a meeting could ease a tense and uncertain period in the partnership between Saudi Arabia, the world’s top oil exporter, and the United States, the world’s top economic and military power, that has stood for more than three-quarters of a century.

But it also risks a public humbling for the U.S. leader, who in 2019 pledged to make a “pariah” of the Saudi royal family over the killing of Khashoggi.

Biden is expected to travel to Europe at the end of June and could tack on a stop in Saudi Arabia to meet with Prince Mohammed, Saudi King Salman and other leaders. If he does, Biden would also likely visit Israel.

Israeli officials in their engagement with the Biden administration have pressed their point of view that U.S. relations with Arab capitals, including Riyadh, are critical to Israel’s security and overall stability in the region. The visit could also provide an opportunity to kick off talks for what the administration sees as a longer-term project of normalizing Israel-Saudi relations.

And while the Biden administration continues to be concerned about Saudi Arabia’s human rights record, the president’s advisers credit Saudis for showing greater restraint in its conflict with Yemen since Biden took office.

White House officials expect criticism from Democratic allies and human rights advocates charging Biden is backtracking on human rights, but suggest that in the long term a credible Middle East strategy without key leaders in the kingdom is not tenable.

Biden, through the early going of his presidency, has repeatedly said the world is at a key moment in history where democracies must demonstrate they can out-deliver autocracies. The administration doesn’t want to see countries such as Egypt and Saudi Arabia with troubling human rights records fall into the camp of Moscow and Beijing.

Secretary of State Antony Blinken told a Washington audience Wednesday that Biden’s intent coming into office was to “recalibrate the relationship with Saudi Arabia and to make sure that that relationship was serving our own interests as well as our values as we move forward — but also preserving it.”

U.S. officials were recently in the region for talks with Saudi officials about energy supplies, Biden administration efforts to revive the Iran nuclear deal, and the war in Yemen.

Frequent, warm visits among Saudi, Russian and Chinese officials during the freeze between Biden and the Saudi crown prince have heightened Western concern that Saudi Arabia is breaking from Western strategic interests.

Officials in Saudi Arabia and the United Arab Emirates, for their part, see Biden as the latest of several U.S. presidents to neglect the U.S. military’s longstanding protector role in the Gulf, as the United States tries to focus on China.

Those Gulf security worries may be eased by the U.S. move last year bringing control of its forces in Israel under U.S. Central Command. That effectively increases interaction between Israel’s U.S.-equipped military and Arab forces under the U.S. military umbrella, said Dan Shapiro, a former U.S. ambassador to Israel, now a distinguished fellow with the Atlantic Council. 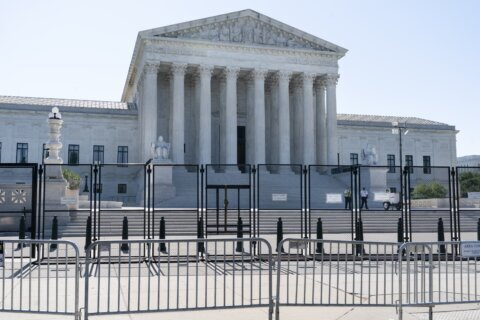 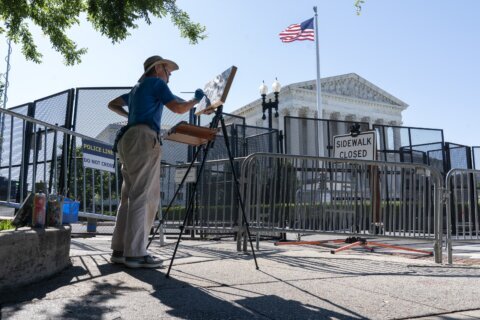