Man who stormed Capitol in caveman costume gets prison 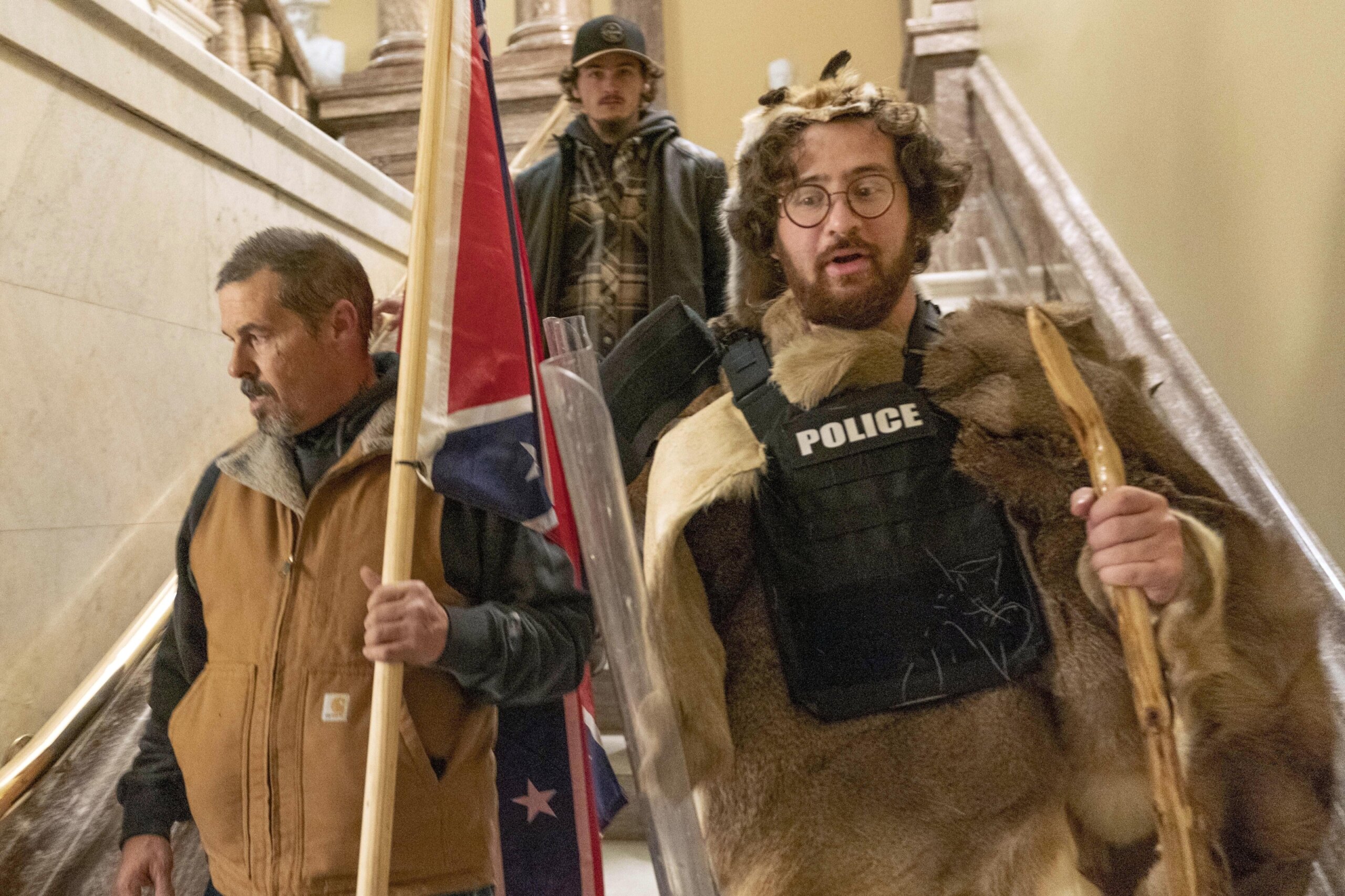 A New York City judge’s son who stormed the U.S. Capitol wearing a furry “caveman” costume was sentenced on Friday to eight months in prison.

U.S. District Judge James Boasberg told Aaron Mostofsky that he was “literally on the front lines” of the mob’s attack on Jan. 6, 2021.

“What you and others did on that day imposed an indelible stain on how our nation is perceived, both at home and abroad, and that can’t be undone,” the judge told Mostofsky, 35.

Boasberg also sentenced Mostofsky to one year of supervised release and ordered him to perform 200 hours of community service and pay $2,000 in restitution.

Mostofsky had asked the judge for mercy, saying he was ashamed of his “contribution to the chaos of that day.”

“I feel sorry for the officers that had to deal with that chaos,” said Mostofsky, who must report to prison on or after June 5.

Federal sentencing guidelines in his case recommended a prison sentence ranging from 10 months to 16 months. Prosecutors recommended a sentence of 15 months in prison followed by three years of supervised release.

Mostofsky was one of the first rioters to enter the restricted area around the Capitol and among the first to breach the building itself, through the Senate Wing doors, according to prosecutors. He pushed against a police barrier that officers were trying to move and stole a Capitol Police bulletproof vest and riot shield, prosecutors said.

“Mostofsky cheered on other rioters as they clashed with police outside the Capitol building, even celebrating with a fist-bump to one of his fellow rioters,” prosecutors wrote in a court filing.

Inside the building, Mostofsky followed rioters who chased Capitol Police Officer Eugene Goodman up a staircase toward the Senate chambers. He took the police vest and shield with him when he left the Capitol, about 20 minutes after entering.

Mostofsky was carrying a walking stick and dressed in a furry costume. He told a friend that the costume expressed his belief that “even a caveman” would know that the 2020 presidential election was stolen from former President Donald Trump.

Mostofsky frequently wears costumes at events, according to his lawyers.

“To put the matter with understatement, the New Yorker is quirky even by the standards of his home city,” they wrote.

A New York Post reporter interviewed him inside the Capitol during the riot. He told the reporter that he stormed the Capitol because “the election was stolen.”

Mostofsky has worked as an assistant architect in New York. His father, Steven Mostofsky, is a state court judge in Brooklyn.

“The fact that his father is a judge means that he should have been better able than other defendants to understand why the claims of election fraud were false,” said Justice Department prosecutor Michael Romano.

Boasberg said none of the supportive letters submitted by Mostofsky’s family and friends explain how he “went down this rabbit hole of election fantasy.”

“I hope at this point you understand that your indulgence in that fantasy has led to this tragic situation,” the judge added.

Aaron Mostofsky pleaded guilty in February to a felony charge of civil disorder and misdemeanor charges of theft of government property and entering and remaining in a restricted building or grounds. Mostofsky was the first Capitol rioter to be sentenced for a civil disorder conviction.

Mostofsky’s lawyers asked for a sentence of home confinement, probation and community service. Defense attorney Nicholas Smith described Mostofsky as a “spectator” who “drifted with the crowd” and didn’t go to the Capitol to interfere with the peaceful transfer of power.

“He did things he should not have done,” Smith said. “But there’s a big difference between an ideologue who is motivated to commit violence and someone who ends up doing bad things when they find themself in a crowd.”

More than 780 people have been charged with federal crimes related to the Capitol riot. Over 280 of them have pleaded guilty, mostly to misdemeanors. More than 160 defendants who have been sentenced, including over 60 who have been sentenced to terms of imprisonment ranging from 14 days to five years and three months. Approximately 100 others have trial dates.