WASHINGTON (AP) — Senate Democrats launched an uphill fight to rescue their drive to help millions of immigrants remain legally in the U.S., their pathway unclear and the uncertainty exposing tensions between party leaders and progressive groups demanding bold results.

Lawmakers and advocacy organizations said Monday they were already weighing fresh options, a day after the Senate parliamentarian said their sweeping proposal must fall from a $3.5 trillion measure that’s shielded against bill-killing Republican filibusters. But it seemed strongly likely that Democrats might have to winnow their measure to help fewer than the 8 million immigrants they envisioned, and even then faced daunting prospects to prevail.

The ruling by the nonpartisan parliamentarian, Elizabeth MacDonough, was a jarring blow because without the procedural protections, Democrats in the 50-50 Senate lack the 60 votes required to end those GOP delays and approve immigration legislation.

“It saddened me, it frustrated me, it angered me,” Senate Majority Leader Chuck Schumer, D-N.Y., told reporters about MacDonough’s ruling. “But make no mistake, the fight continues.”

Democrats and outside groups said their potential options included narrowing the number of people affected or the degree of legal protection they would receive, or tinkering with dates in existing laws that have controlled how many immigrants already here can stay.

Sen. Bob Menendez, D-N.J., a leading pro-immigration advocate, said his party was considering a legalization effort “in a different context” from the filibuster-protected bill. He also said they might pursue a type of status that “does not necessarily provide a pathway to legalization.” He provided no detail for either remark.

No Democrats said they were ready to give up, underscoring how their decades-long push to provide legal status to immigrants is so important to many party voters that politicians don’t dare to appear to abandon it.

“This really doesn’t mean that this process is over,” Menendez said. He said Democrats would explore “every option available” and keep working with MacDonough “until we get to a yes” from her.

Under special budget rules Democrats are using to protect their 10-year, $3.5 trillion bill, provisions cannot be included if their budget impact is outweighed by the magnitude of the policies they would impose.

MacDonough left no doubt about her view, writing in a memo to lawmakers that Democrats’ plan to grant permanent residence to immigrants “is tremendous and enduring policy change that dwarfs its budgetary impact.”

“It seems to me that this is just really an effort to be able to say politically that they’ve tried everything that they can try,” Meissner, now a senior fellow at the nonpartisan Migration Policy Institute, said of Democrats’ vows to plow ahead.

Some progressives have complained that with Democrats controlling the White House, Senate and House this year, the party must push ever harder for its policy goals. Pragmatists have responded that despite Democratic control of both branches of government, their clout is tenuous because margins in Congress are wafer thin — an evenly divided Senate and a House where Democrats can win only if they lose three votes or fewer.

A conference call with reporters illustrated those strains.

Greisa Martinez Rosas, executive director of the progressive United We Dream Action, said groups will decide which candidates to support in upcoming elections based on “not how hard the Democrats tried or how they went down fighting, but whether or not they delivered.”

Another advocate seemingly suggested that Senate Democrats should fire MacDonough if she doesn’t allow their immigration language. “If at the end of the day they’ve exhausted every option and the parliamentarian is a ‘no,’ she is not an elected official,” said Lorella Praeli, co-president of Community Change Action, a progressive group.

Menendez said during that same call that he understands advocates’ “view and their passion” but challenged whether firing MacDonough would be “constructive.” He suggested Schumer might not have the 51 Senate votes he would need to do that.

Asked separately if Democrats should simply vote to ignore MacDonough’s ruling, No. 2 Senate Democratic Leader Richard Durbin of Illinois told reporters, “I don’t believe that’s realistic. I think the votes needed on the floor are not there.”

MacDonough was appointed when the chamber was controlled by Democrats nine years ago.

One alternative discussed among Democrats would involve updating the so-called registry date in existing law that lets migrants who arrived previously, and meet other conditions, become permanent residents.

The current registry date — Jan. 1, 1972 — hasn’t been adjusted since 1986, underscoring the resistance this fix has faced before. From 2.8 million to 8 million people could be helped if lawmakers follow past practice and set a new date eight to 18 years before the date of enactment, the nonpartisan Migration Policy Institute has estimated.

Another option would revise a now outdated law, called section 245i, that had let certain migrants already in the U.S. by a certain date apply for permanent residence if they’re sponsored by a relative or employer and pay a fine. Without that, people had to file their applications at U.S. consulates in other countries.

Currently, that waiver covers immigrants in the U.S. by Dec. 21, 2000, and for whom a sponsor filed an application by April 30, 2001, so it effectively no longer helps people. 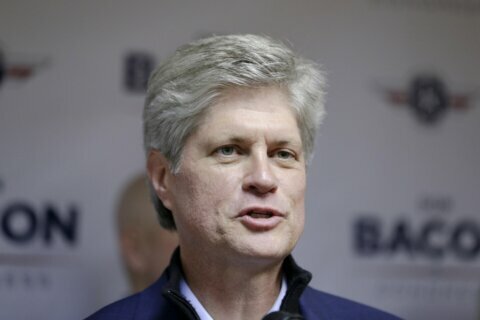 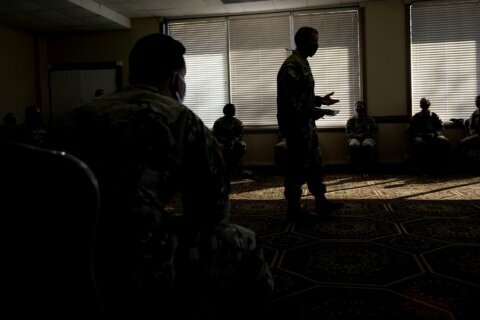