‘There is stuff’: Enduring mysteries trail US report on UFOs

The image from video provided by the Department of Defense labelled Gimbal, from 2015, an unexplained object is seen at center as it is tracked as it soars high along the clouds, traveling against the wind. “There's a whole fleet of them,” one naval aviator tells another, though only one indistinct object is shown. “It's rotating." The U.S. government has been taking a hard look at unidentified flying objects, under orders from Congress, and a report summarizing what officials know is expected to come out in June 2021. (Department of Defense via AP)

The U.S. government has been taking a hard look at unidentified flying objects like this one. A report summarizing what the U.S. knows about “unidentified aerial phenomena” — better known as UFOs — is expected to be made public this month.
Listen now to WTOP News WTOP.com | Alexa | Google Home | WTOP App | 103.5 FM

WASHINGTON (AP) — The blob, captured on distant, fuzzy video by Navy pilots, seems to skitter just above the ocean waves at improbable speed, with no discernible means of propulsion or lift. “Oh my gosh, man,” one aviator says to another as they laugh at the oddity. “What … is it?”

Is it a bird? A plane? Super drone? An extraterrestrial something?

The U.S. government has been taking a hard look at unidentified flying objects like this one. A report summarizing what the U.S. knows about “unidentified aerial phenomena” — better known as UFOs — is expected to be made public this month.

There won’t be an alien unmasking. Two officials briefed on the report say it found no extraterrestrial link to the sightings reported and captured on video. The report won’t rule out a link to another country, according to the officials, who spoke on condition of anonymity because they weren’t authorized to discuss it.

While the broad conclusions have now been reported, the full report may still present a broader picture of what the government knows. The anticipation surrounding the report shows how a topic normally confined to science fiction and a small, often dismissed group of researchers has hit the mainstream.

Worried about national security threats from adversaries, lawmakers ordered an investigation and public accounting of phenomena that the government has been loath to talk about for generations.

“There is stuff flying in our airspace,” Republican Sen. Marco Rubio of Florida, one of the senators who pressed for the probe, recently told Fox News. “We don’t know what it is. We need to find out.”

Congress late last year instructed the director of national intelligence to provide “a detailed analysis of unidentified aerial phenomena data” from multiple agencies and report in 180 days. That time is about up. The intelligence office wouldn’t say this past week when the full document will be out.

The bill passed by Congress asks the intelligence director for “any incidents or patterns that indicate a potential adversary may have achieved breakthrough aerospace capabilities that could put United States strategic or conventional forces at risk.”

The chief concern is whether hostile countries are fielding aerial technology so advanced and weird that it befuddles and threatens the world’s largest military power. But when lawmakers talk about it, they tend to leave themselves a little wiggle room in case it’s something else — whether more prosaic than a military rival or, you know, more cosmic.

“Right now there are a lot of unanswered questions,” Democratic Rep. Adam Schiff of California told NBC this week. “If other nations have capabilities that we don’t know of, we want to find out. If there’s some explanation other than that, we want to learn that, too.”

Luis Elizondo, former head of the Pentagon’s Advanced Aerospace Threat Identification Program, said he didn’t believe that the sightings were of a foreign power’s technology in part because it would have been nearly impossible to keep that secret. Elizondo has accused the Defense Department of trying to discredit him and says there’s much more information that the U.S. has kept classified.

“We live in an incredible universe,” Elizondo said. “There’s all sorts of hypotheses that suggest that the three dimensional universe which we live in isn’t quite so easy to explain.”

But Michael Shermer, editor of Skeptic magazine, is skeptical.

The science historian, a longtime analyst of UFO theories and other phenomena, said he’s seen too many blurry images of supposed alien encounters to be convinced by still more blurry footage of blobs from airplanes. This is a time, he notes, when several billion people worldwide have smartphones that take crisp images and satellites precisely render detail on the ground.

“Show me the body, show me the spacecraft, or show me the really high quality videos and photographs,” he said in an interview. “And I’ll believe.”

Mick West, a prominent researcher of unexplained phenomena and debunker of conspiracy theories, said it was right for the government to investigate and report on the potential national security implications of sightings captured in now-declassified videos.

“Any time there is some kind of unidentified object coming through military airspace, that’s a real issue that needs to be looked into,” he told AP.

Pilots and sky-watchers have long reported sporadic sightings of UFOs in U.S. airspace, seemingly at unusual speeds or trajectories. In most cases, those mysteries evaporate under examination.

In 1960, the CIA said 6,500 objects had been reported to the U.S. Air Force over the prior 13 years. The Air Force concluded there was no evidence those sightings were “inimical or hostile” or related to “interplanetary space ships,” the CIA said.

Reports of UFOs have, of course, persisted since then. Some people who study the topic argue investigations have been limited by the stigma of being linked to conspiracy theories or talk of little green men storming Earth. They note that the government has a history of stonewalling and lying about the unexplained.

It took 50 years for the government to offer what it hoped was a full debunking of claims that alien bodies were recovered at a crash site in New Mexico in 1947. In 1997, the Air Force said the Roswell “bodies″ were dummies used in parachute tests, recent ancestors of the car-crash dummies of today.

Retired Air Force Col. Richard Weaver, who wrote one of the official reports on the Roswell rumors, tried to assure the public that the government isn’t competent enough to cover up a genuine alien sighting. “We have a hard time keeping a secret,” he said, “let alone putting together a decent conspiracy.”

One was the video clip of the aviators tracking the blob above the ocean off the U.S. coast in 2015, dubbed Gofast. In another from that year, labeled Gimbal, an unexplained object is tracked as it soars high along the clouds, traveling against the wind. “There’s a whole fleet of them,” one naval aviator tells another, though only one indistinct object is shown. “It’s rotating.”

In 2019, the Navy announced it would create a formal process for its pilots to report unidentified aerial phenomena, or UAPs. Last August, the Defense Department created a task force dedicated to the matter. The mission was to “detect, analyze and catalog UAPs” that could endanger the U.S.

In an era of increasingly sophisticated drone aircraft, now seen as a risk to sensitive domestic military sites such as nuclear missile bases, the focus has been more on foreign rivals than on any supposed visitors from another planet. Yet the formation of the task force stood as a rare acknowledgment from the government that UFOs posed a potential national security concern.

More recently, a story on CBS’ “60 Minutes” featured the declassified videos and raised questions about what intelligence the U.S. government has.

Rubio, top Republican on the Senate Intelligence Committee and its former chairman, said it is important for investigators to follow up on the reports of its pilots and make the findings public. “I am going off what our military men and their radars and their eyesight is telling them,” Rubio said. “There are multiple highly trained, highly competent people.”

Yet things in the sky are very often not what they seem. Shermer rattles off examples of how phenomena that appear otherworldly may be tediously of this Earth.

“For any of these things to be real, we need something more than these grainy videos and blurry photographs,” he said. 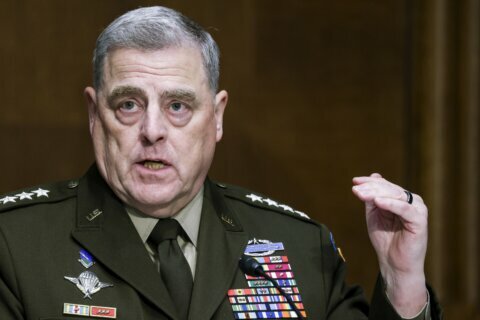 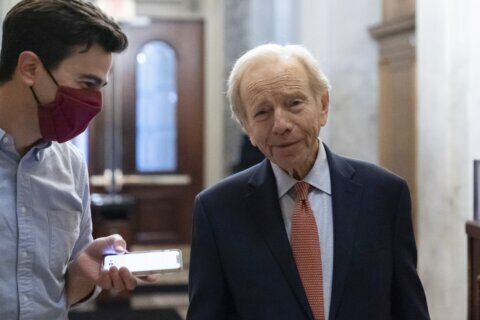