Kemp’s supporters tried to drown out the taunts and he pleaded for party harmony. Heading into his 2022 reelection campaign, the governor emphasized his accomplishments, especially an election overhaul that GOP state lawmakers pushed in reaction to Donald Trump’s false assertions that he lost in November because of voter fraud.

“We must be strong and courageous,” Kemp said. He said of Democrats: “They’ve got Hollywood. They’ve got billionaires in New York and California. … That is why we have to be united as well and move forward together.”

Yet Kemp never mentioned the former president who has bashed him for months and who returned to the political arena later Saturday with a speech to North Carolina Republicans. Nor did Kemp ever explicitly state that the 2020 election was fraudulent or inaccurately tallied, setting him apart from a parade of other speakers who took the stage, including one of his underdog primary rivals who received a rousing response.

Kemp maintained enough strength to easily beat back a resolution condemning his handling of the election. At least 15 local party conventions out of 159 counties and two congressional district conventions out of 14 adopted such resolutions. But the state party’s resolutions committee shelved the matter, and Kemp opponents were unable Saturday to force a full convention vote.

But delegates censured Secretary of State Brad Raffensperger, another Republican, for his more direct part in administering the 2020 elections. Raffensperger, like Kemp, is seeking re-election. Unlike Kemp, he did not attend his own party’s convention.

The scene underscored Trump’s iron hold on the Republican Party even in defeat and the potential peril for Kemp or any other GOP figure who crosses the former president, intentionally or not. And it left many Kemp supporters worried that Trump loyalists’ continued fixation on 2020 will doom the party in the coming midterm elections.

“I’m scared to death of these anti-Kemp Republicans,” said James Hall, a 37-year-old delegate from Savannah.

Trump taped a video message for the convention in which he praised Georgia Republicans generally yet never mentioned Kemp. Trump also promised he’d return to Georgia for a rally “in the very near future.” It was reminiscent of his promise on Jan. 4, the day before Republicans lost U.S. Senate runoffs in Georgia, to spend the 2022 race “campaigning against your governor.”

Hall predicted such divisiveness would ensure a repeat of the Senate runoffs, when Democrats Raphael Warnock and Jon Ossoff defeated Sens. Kelly Loeffler and David Perdue. The Republicans lost votes from hardcore conservatives angry over Trump’s defeat; and they lost votes among moderates turned off by the false claims that Biden’s November victory was illegitimate. State elections officials of both parties and across the country have vouched for the results, and multiple courts have rejected Trump’s election challenges.

“If we keep playing these stupid games saying Kemp is not pure enough, we’re going to hand it over to the Democrats again,” Hall said. “It’s just so counterproductive. He’s the only Republican that can win in November.”

“If you don’t support Trump, you don’t get to play,” said Barbara Cunningham of Savannah, who’s been involved with the state party for more than 50 years.

Kemp challenger Vernon Jones echoed that sentiment. A Black former Democrat who backed Trump and switched parties to take on Kemp, Jones played up his race and his former partisan affiliation, reminding delegates that Trump and Ronald Reagan were once Democrats.

Jones tagged Kemp, a lifelong Republican, with the “Republican in Name Only” moniker. “The RINO leadership of this state sat on the sidelines” as Trump lost, Jones said.

He dubbed Biden “Jim Crow Joe” and insulted Stacey Abrams, Democrats’ 2018 nominee for governor and likely nominee in 2022, as “the Wicked Witch of the South.”

“What are they gonna do, play the race card?” Jones asked, drawing laughter and roars from the overwhelmingly white delegate body.

Kemp first angered some of the GOP’s right flank with his appointment of Loeffler, a wealthy businesswoman, to a Senate vacancy rather than elevating Trump’s preferred choice, then-Rep. Doug Collins. That boiled over in November when Kemp followed state law by certifying Biden’s Electoral College slate. He also declined to call a legislative special session to address — or attempt to overturn — the results.

“Kemp could have helped him, but he didn’t,” Cunningham lamented.

Multiple recounts confirmed Biden’s November margin of about 12,000 votes out of 5 million cast, making him the first Democratic presidential nominee to win Georgia since 1992. In the January Senate runoffs, Democrats’ margins widened. Ossoff defeated Perdue by 55,000 votes, while Warnock deposed Loeffler by more than 93,000 votes or about 2 percentage points. Both margins were beyond the thresholds that trigger recounts.

To be sure, Kemp remains a favorite for the GOP nomination.

“He has delivered time and time again on what Republican voters want, whether it’s pro-life issues, fiscal issues, whatever,” said Kevin Gough, a delegate from Glynn County, where the convention was being held.

The boos, Gough said, “don’t speak for the whole party.” 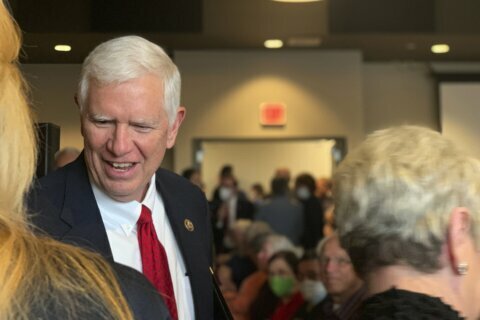 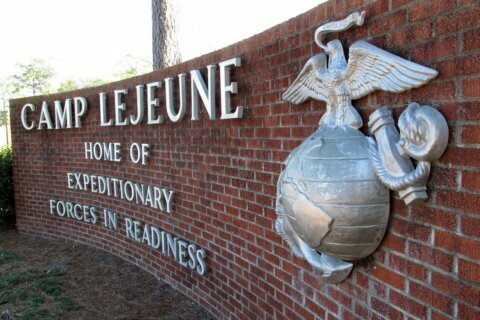